If you’ve been online at all in the last few months — which, let’s face it, you have — then you’re bound to have caught a glimpse of the annoying Clubhouse hype.

Clubhouse is an invitation-only audio-chat social networking app… so yet another place where ‘innovative minds’ can speak their minds unhindered. Only this time around it’s all live audio so you can hear their unfiltered and unstructured thoughts in real-time… yay, sign me up…

But now the app has gone far beyond being just hype. It isn’t just the lone ‘office Chad’ who’s raving on about the amazing talk he hosted on the exclusive invite-only platform with his fellow hustlers. Now it’s actually become a profession. Battenhall, a London-based communications agency, is hiring a Senior Clubhouse Executive. Yup, for reals.

I’ve got to admit I’m pretty skeptical about Clubhouse’s value (you couldn’t tell, right?). However, I’m on a professional journey to get to the bottom of jargon startup job titles — so I reached out to Battenhall’s founder and CEO, Drew Benvie, who’s responsible for the title, to dig deeper into its inception and meaning.

First up, WTF is Clubhouse?

Essentially, it’s a live audio social network that launched in private beta back in April 2020. Clubhouse’s focus on ‘just audio’ differentiates it somewhat from other social media platforms as users can enter different ‘rooms’ and listen in on live user-hosted interviews and sessions.

You also have the opportunity to chime in just by clicking on the ‘raise your hand’ icon and the host can then let you share your two cents. On top of that, you can also create your own room for open, social, or closed chats.

The reason why I like to dunk on the platform — besides being a general party-pooper — is its annoying ‘tech bro’ vibe.

Case in point, there’s already a host of support apps for the platform and even a concierge service. This feels like peak Clubhouse to outside skeptics.

Just got pitched a "Clubhouse concierge service" that will monitor your Clubhouse account until it's your turn to speak for £12 an hour pic.twitter.com/yMbQe2Ugm1

I was hoping I wouldn’t have to try Clubhouse out — ever — but alas, the gods had something else in store for me. Before getting Benvie’s insights on the platform, I’d have to try it out for myself.

First up, I hadn’t realized through all the hype that you can only access Clubhouse with an iPhone. It’s still in beta testing and currently only available for iOS. So despite having an invite, the first thing I had to do was procure an iPhone just to log in.

When I finally got one, what did I see? Bad moderation and unstructured sessions. It felt like I was listening to a chaotic, unedited podcast.

Quartz Daily Brief pointed out that Clubhouse basically shows how not to run a meeting. Its summary was pretty much in line with my experience:

To be fair, I wasn’t logging on out of a genuine interest in a certain topic, so that needs to be taken into account. But what’s Drew Benvie’s take? He’s an early adopter and pushing his company to invest in a Senior Clubhouse Executive. Is Benvie ready to defend the quality of Clubhouse content?

“I joined a session the other day that lasted five hours. I only stayed for 10 minutes and said to myself ‘wow, this is rubbish.’ Luckily, I was on mute… or at least I hope I was,” Benvie says.

For Benvie, the nice way to describe the majority of shows on Clubhouse is “free-flowing,” but usually that tends to mean a lack of moderation and proper structure. A big percentage of sessions also seem to be just a series of loosely coupled together self-promotional appearances that offer no value to anyone.

“But that’s actually okay,” Benvie explains. “I think it’s fine for a new social network to have some rubbish on it, because it’s a sign that it’s innovating. I wouldn’t write it off just because there’s some poor content on there now.”

It’s all about serendipity

But, Benvie says it’s much easier to fix poor content than replicate the excitement Clubhouse creates — which it’s darn good at.

While Benvie feels it’s currently a struggle to find good content on Clubhouse — both due to the sheer volume of bad stuff and search/recommendation options still being in development — he’s undeniably hooked.

“I mean, I’m the CEO of a company, it doesn’t quite make sense how much time I’ve put into this,” Benvie chuckles. “But I’m kind of an accidental early-adopter and I just wanted to dive in.”

“I would say Clubhouse’s real strength is that it’s created a platform for serendipity,” Benvie explains. “Strip everything else away, when high profile people turn up unannounced and take everybody by surprise, that’s what I find really interesting.”

Just the other day, Benvie caught Mark Zuckerberg’s surprise appearance on Clubhouse. It felt much more personal because the audience actually has a chance to chime in.

Benvie has also had serendipitous moments in rooms he himself has hosted. Damian Collins, one of the members of the UK parliament you’ll see grilling social media executives in the courts, joined his room.

“I spoke to him directly for 20 minutes in front of a relatively small audience. I mean, this is the kind of individual that I don’t think would ever have opened an email from me asking to speak privately or publicly. This is when I saw the true potential of Clubhouse to bring people together in a different and authentic way.”

Ok… so the person responsible for bringing a Senior Clubhouse Executive into the world isn’t a super crazy evangelist for Clubhouse — just a curious accidental early-adopter trying to understand the platform.

So what is up with this new job title, is this just a marketing ploy concocted by Battenhall? I mean, I bit.

At Battenhall, a ‘Senior Executive’ is a standard job title for someone with three to five years experience in communications consulting. People in those roles come from a wide variety of backgrounds — journalists, YouTubers, etc. — but the new hire will spend most of their time on Clubhouse, so it was added to the title.

But why put so much money on Clubhouse? Battenhall could’ve easily hired a Junior Clubhouse Executive, but instead, Benvie is committing them fully to this strategy. The answer is actually pretty simple.

“The key thing about this role is that it’s come via demand from clients of ours, asking us to help them understand and create an authentic presence on Clubhouse,” Benvie explains. “The role came about quite organically. While I and others at Battenhall have spent time on the social network, we realized that somebody who’s highly experienced with the app would be a perfect fit for us — and our clients.”

About whether the title will stick around forever, Benvie does concede that even though Clubhouse is doing for audio what Twitter did for text messaging and YouTube for video, it could still lose its prevalence. Snapchat introduced Stories, but now platforms like Instagram are more famous for the feature.

However, the interest from clients and the growth of Clubhouse’s userbase make it clear the title will be important for the foreseeable future.

Hello… is it me you’re looking for?

Fair enough, but Battenhall hasn’t found its Senior Clubhouse Executive yet — so let’s take a look at the required skills. Well, they need to have vast experience on a platform that’s been around for… not even a year. Oh, and it’s still in beta.

Well, you can still have loads of experience, relative to the platform’s lifespan. Benvie says they’ll be taking into account technical skills and relevant backgrounds during the interviews — which will take place on Clubhouse on February 22 (sadly they’ll be in private rooms, so I can’t heckle the candidates).

I still find it fun to bash on Clubhouse and the vibe around it, but I’ve got to admit I’m a tiny bit convinced by Benvie’s and Battenhall’s earnest approach to the social network’s possibilities.

And while I’m still not completely sure I want to do this to the world, you can apply here to become a Senior Clubhouse Executive. I hope history will treat me kindly.

Got any weird jargon job titles at your startup that actually kinda make sense? Let us know at [email protected]! 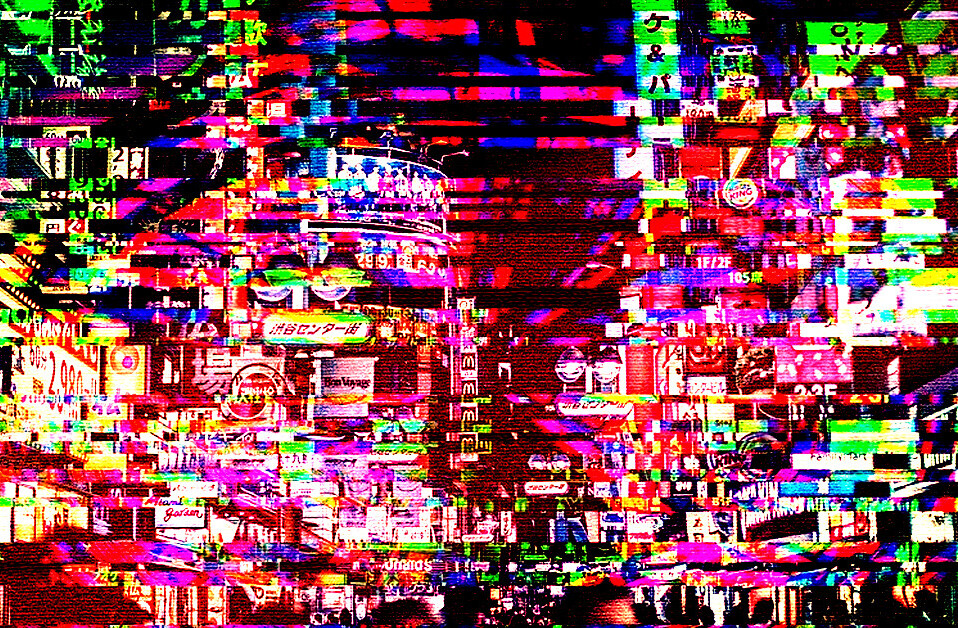 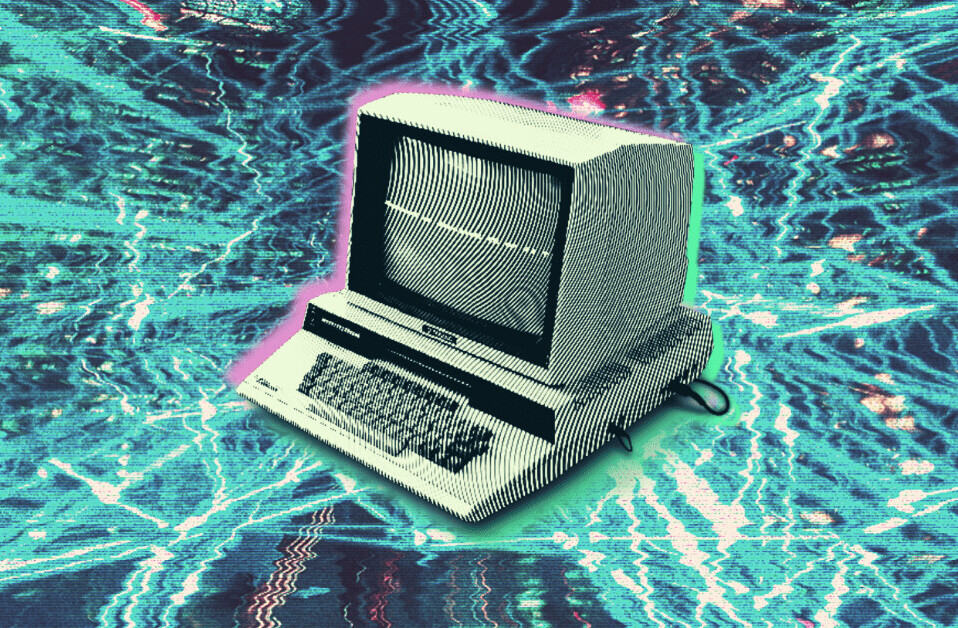