WeChat, the popular messaging app that claimed Facebook’s mantle in China, is sharpening its focus on the US market, after quietly launching a campaign to reward users for recruiting their friends.

The Wall Street Journal first spotted the scheme that rewards users who connect their Google account and invite five friends to the service with a $25 gift card from Restaurants.com. 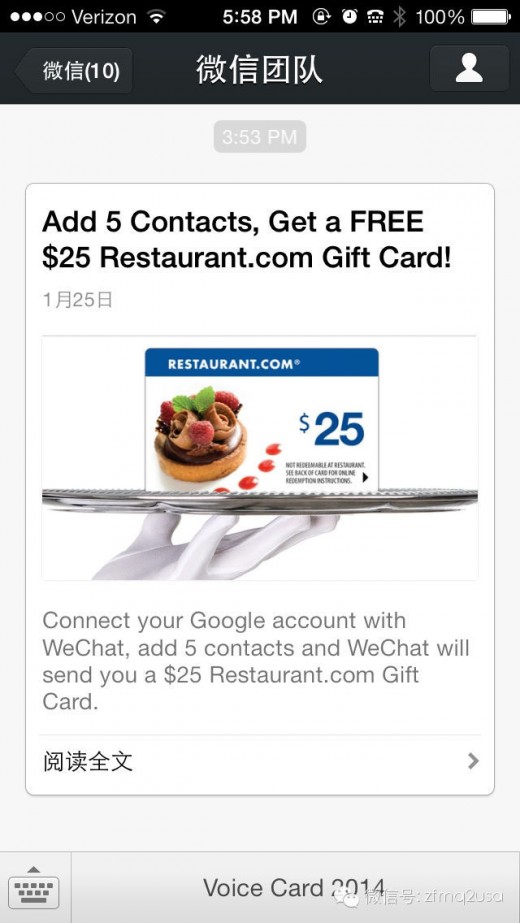 Like Japanese rival Line, WeChat has done no real promotion in the US, but it did set up a small team to investigate opportunities one year ago.

WeChat — which counts 100 million registered users outside of China, and has 272 million active users worldwide — will need to rival the likes of Snapchat, Kik, WhatsApp and Facebook Messenger for attention in the US. That’s no easy task.

If this promotion has caught your attention, you can learn more about the differences between WeChat and other messaging apps in our recent post: More than messaging: Why you should stop comparing WeChat to WhatsApp.

Related: WeChat is going international in a different way to WhatsApp: using games and commerce [Interview]