LiveBooks, a website designer and builder for photographers, designers and other creative professionals, has acquired the on-demand photo companies Pinhole Press and Pinhole Pro.

The company has not revealed the exact amount of money that was involved in the deal, but it is quite clear that the two Pinhole services will be a good fit for liveBook’s customers, as well as the firm’s future growth.

Pinhole Press is an online boutique store that sells personalized gifts using any user’s uploaded photograph. We’re talking about custom books, educational games, photo books, prints and more. Pinhole Pro, meanwhile, is a free service for photographers so that they can earn a commission whenever their work is used as part of Pinhole Press products. It’s an interesting system, and that is no doubt useful for any creative working as a freelancer.

Perhaps liveBooks will implement their business so that if, for example, you’re a wedding photographer using a website designed and built by liveBooks, clients can then be able to instantly order customized versions of your work without moving to another website.

Andy Patrick, CEO and President of liveBooks, explained that the the combining of the two services makes a great deal of sense.

“We have a robust product roadmap and are very excited about our combined potential to capitalize on the growing trend toward personalization and tap this tremendous market opportunity.

“Not only will the thousands of wedding photographers currently using liveBooks now have a deeply integrated suite of high-quality, sophisticated design merchandise to offer their customers, but we see rapid expansion into additional design-oriented categories as well.”

He added that both his company and Pinhole have “a shared vision of elegant design, superior product quality and simplicity of use.”

LiveBooks was founded in 2005, where it started developing its “photo-rich” content management platform for web, mobile and print-on-demand channels. 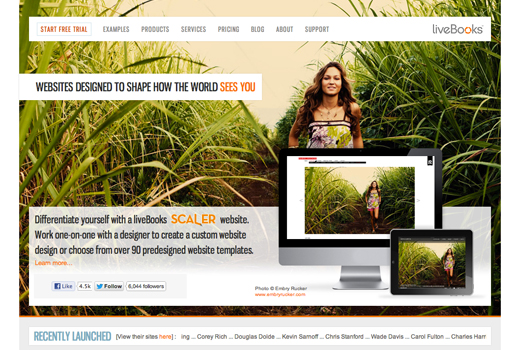 Pinhole, meanwhile, was founded in 2010 by Mohawk Paper, one of the largest privately-owned fine paper manufacturer in North America. It began as Pinhole Press, with Pinhole Press lauching later in 2011.