Today, Nokia announced the Lumia 900, the first LTE Windows Phone from the company. It’s a feature bumped and bigger-screened version of the well-received Lumia 800.

We knew we had to get a closer look as soon as we saw it. Thankfully we got the chance at the Pepcom Digital Experience in the MGM Grand.

Even though we had just a brief time with the device, we came to the conclusion that almost everything we liked about the Lumia 800 made the move to the new model. The design translates well to the larger size needed to house the 4.3″ AMOLED screen, never feeling too large.

Likely this is because of the rounded edges, which allow for easier swiping. I’ve been vocal about the fact that anything over 4″ is ‘too big’ in a smartphone screen and I’m going to stick by that, as the 4.3″ was just a bit wider than comfort allows you to explore with an easy thumb motion. But the curved design of the Lumia 900’s body did a lot to alleviate that and to extend the reach of your hand comfortably.

The device feels solid but nice and light, the polycarbonate body keeps it rigid and maintains that ‘high grade’ heft, but it was much lighter than it looks in images. The one quibble I had with the way that the design changed was the fact that the charging/USB port is now completely exposed on the top of the unit. Gone is the clever ‘double-door’ arrangement that I loved so well on the Lumia 800.

We weren’t allowed to test the camera or LTE speeds as this was a ‘pre-production’ model, but hopefully we’ll get the chance with a real demo unit in the future. Although our look this evening was brief, it appears as if Nokia got a lot right with the Lumia 900. Now let’s hope that the public agrees. 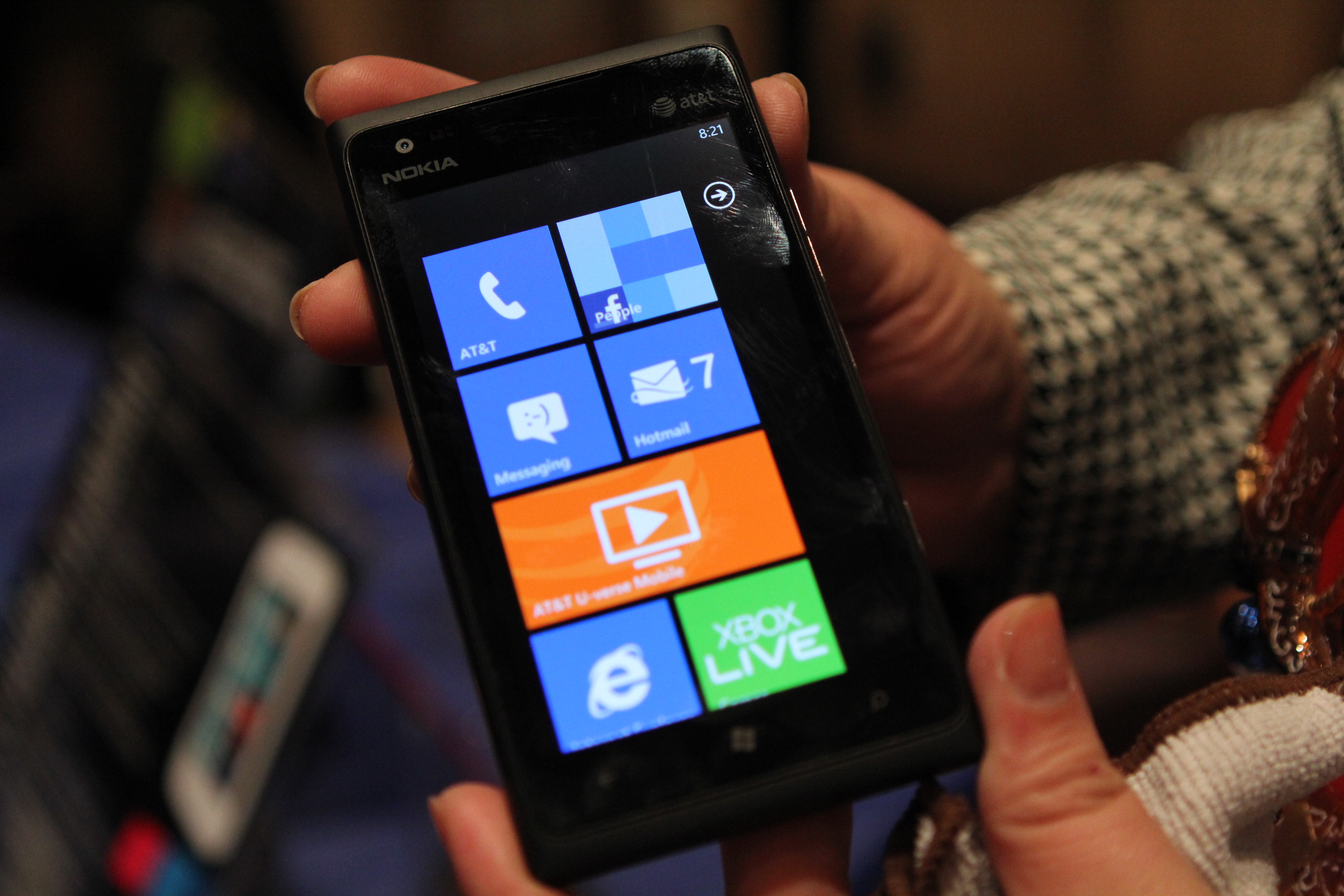 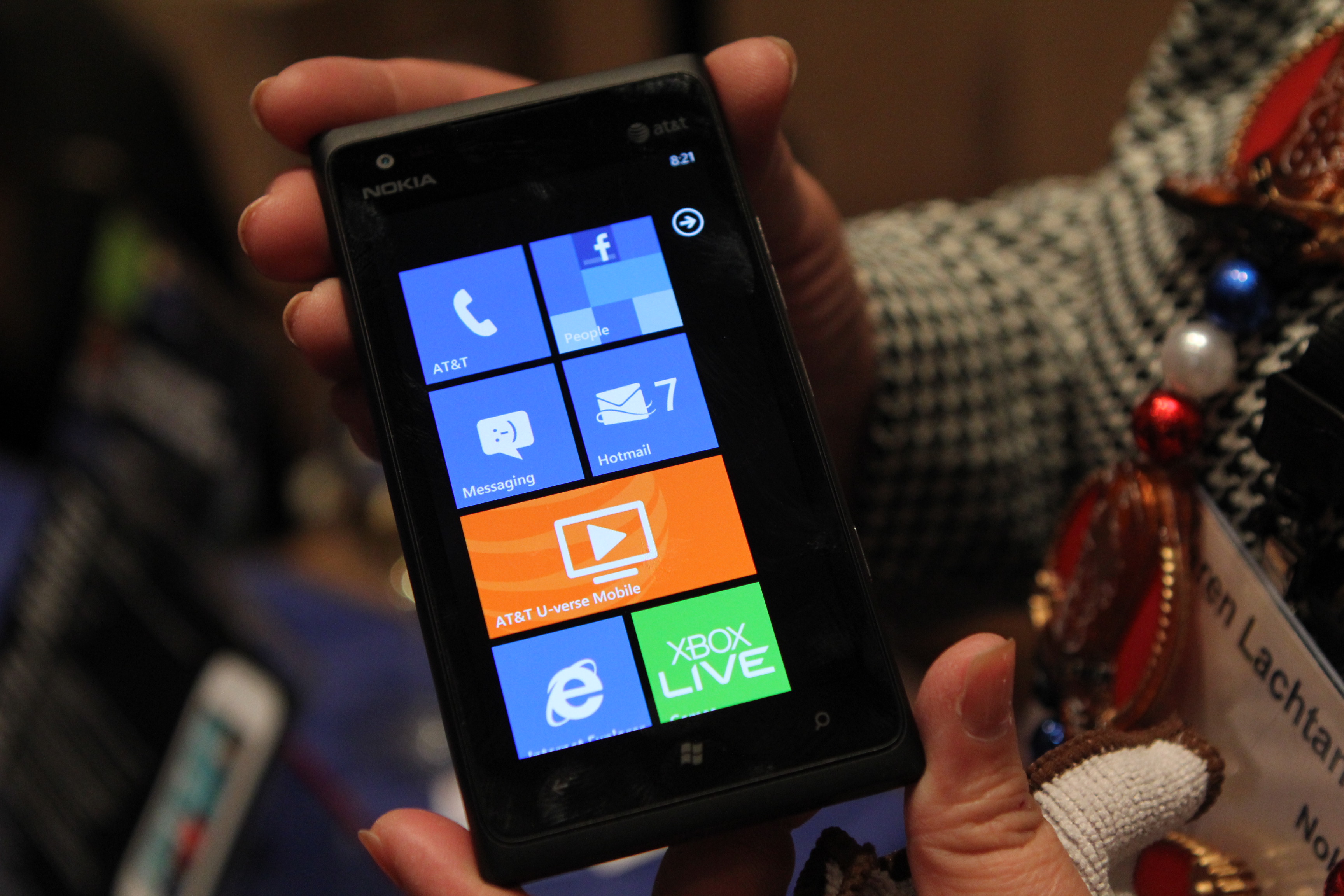 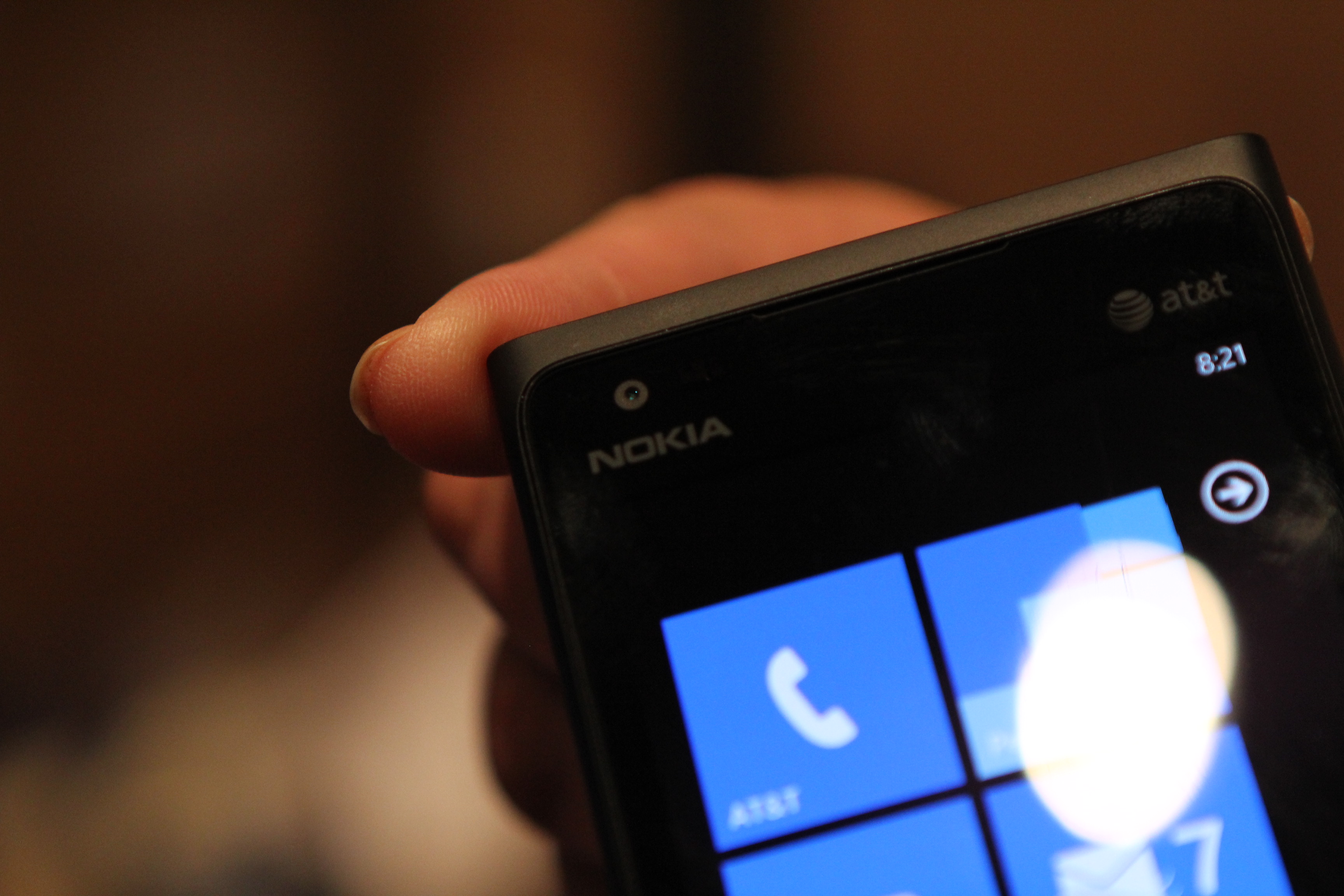 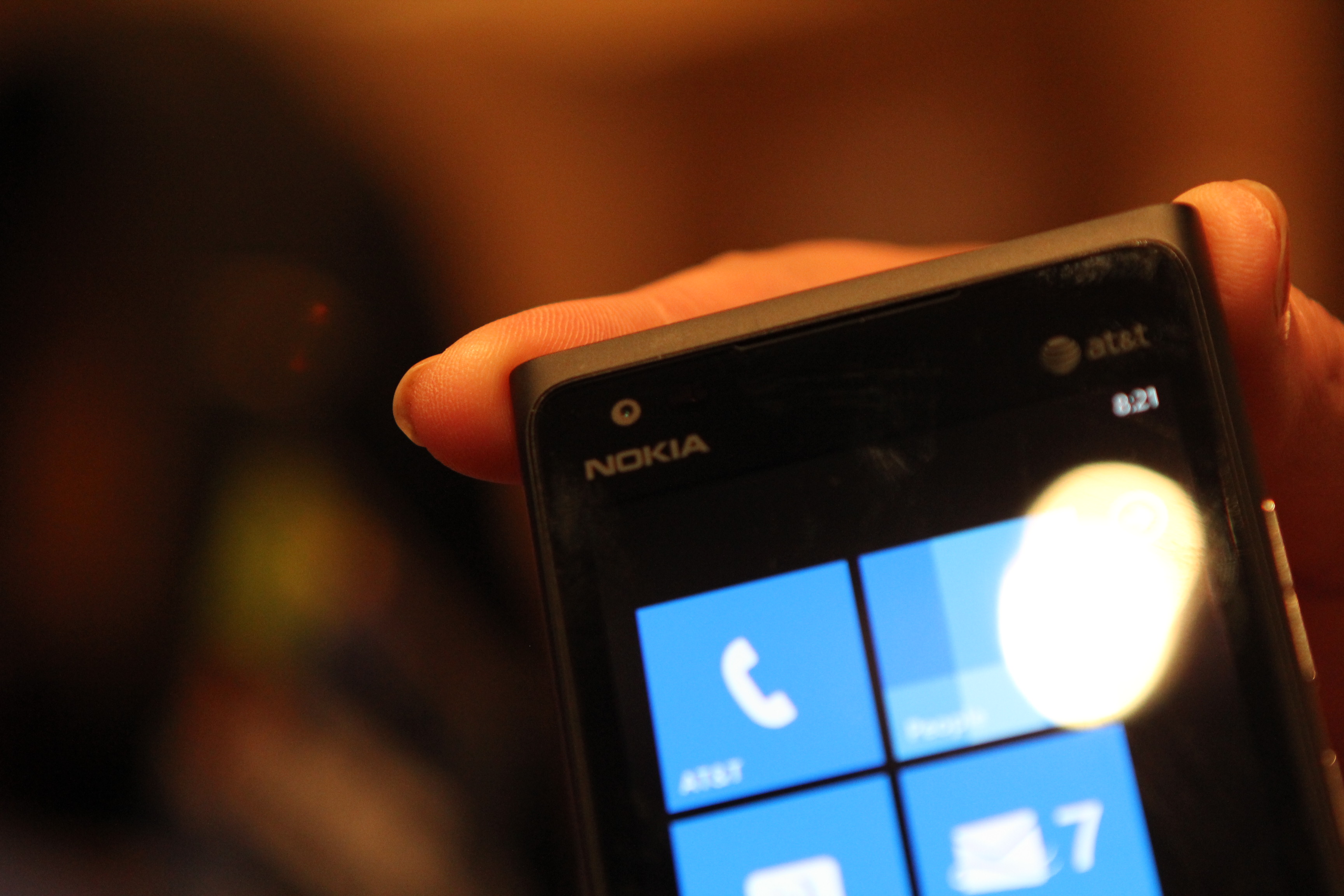 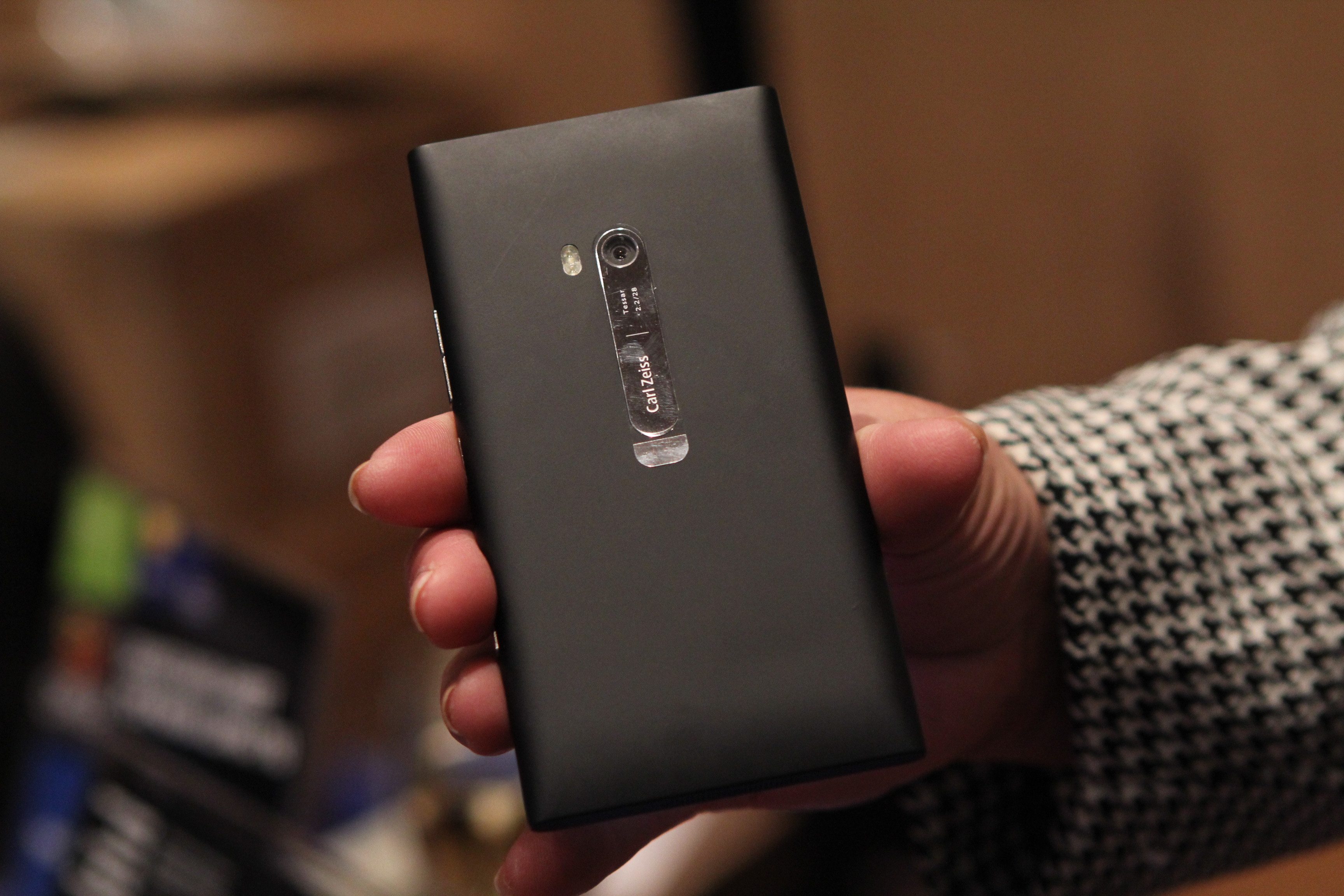 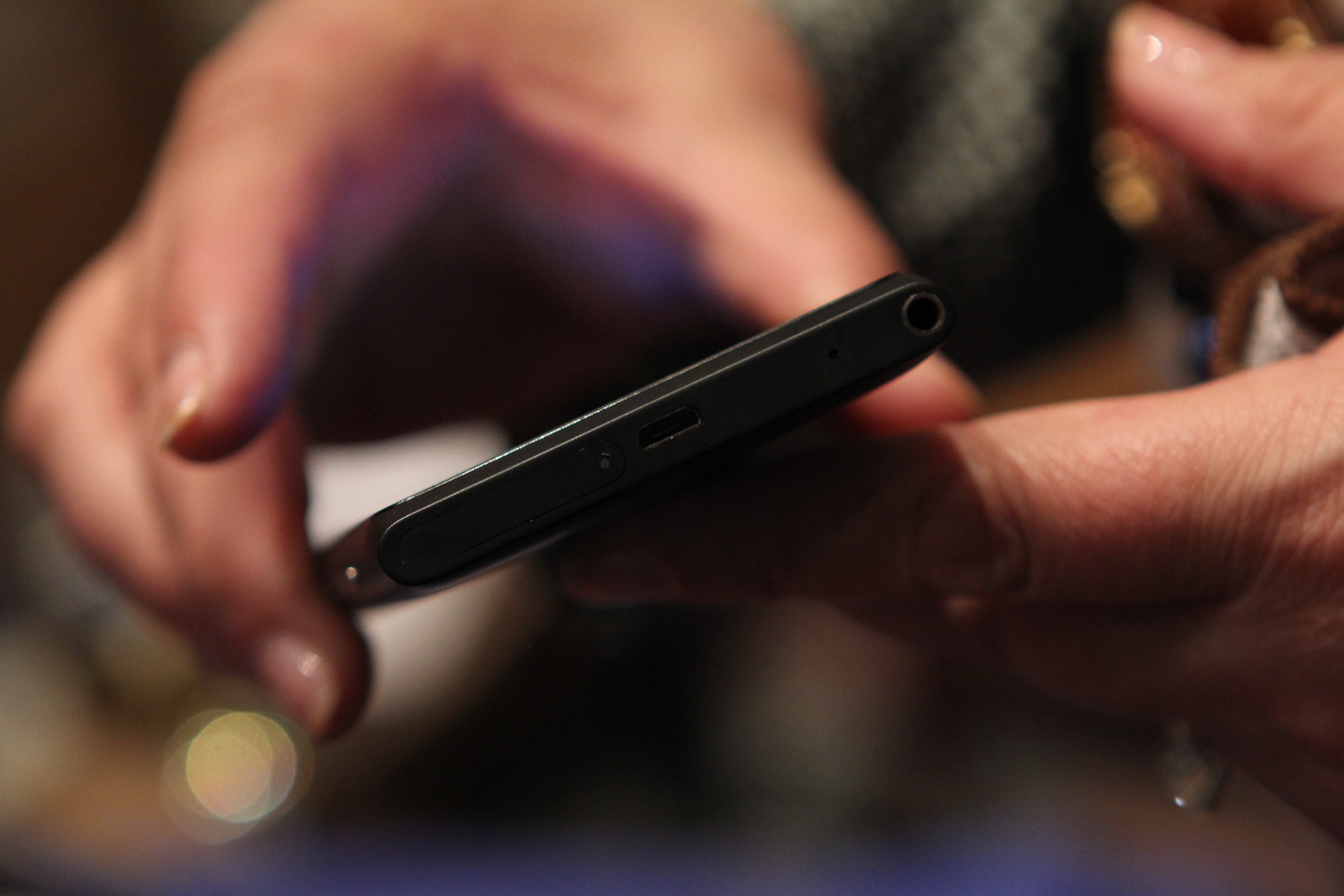 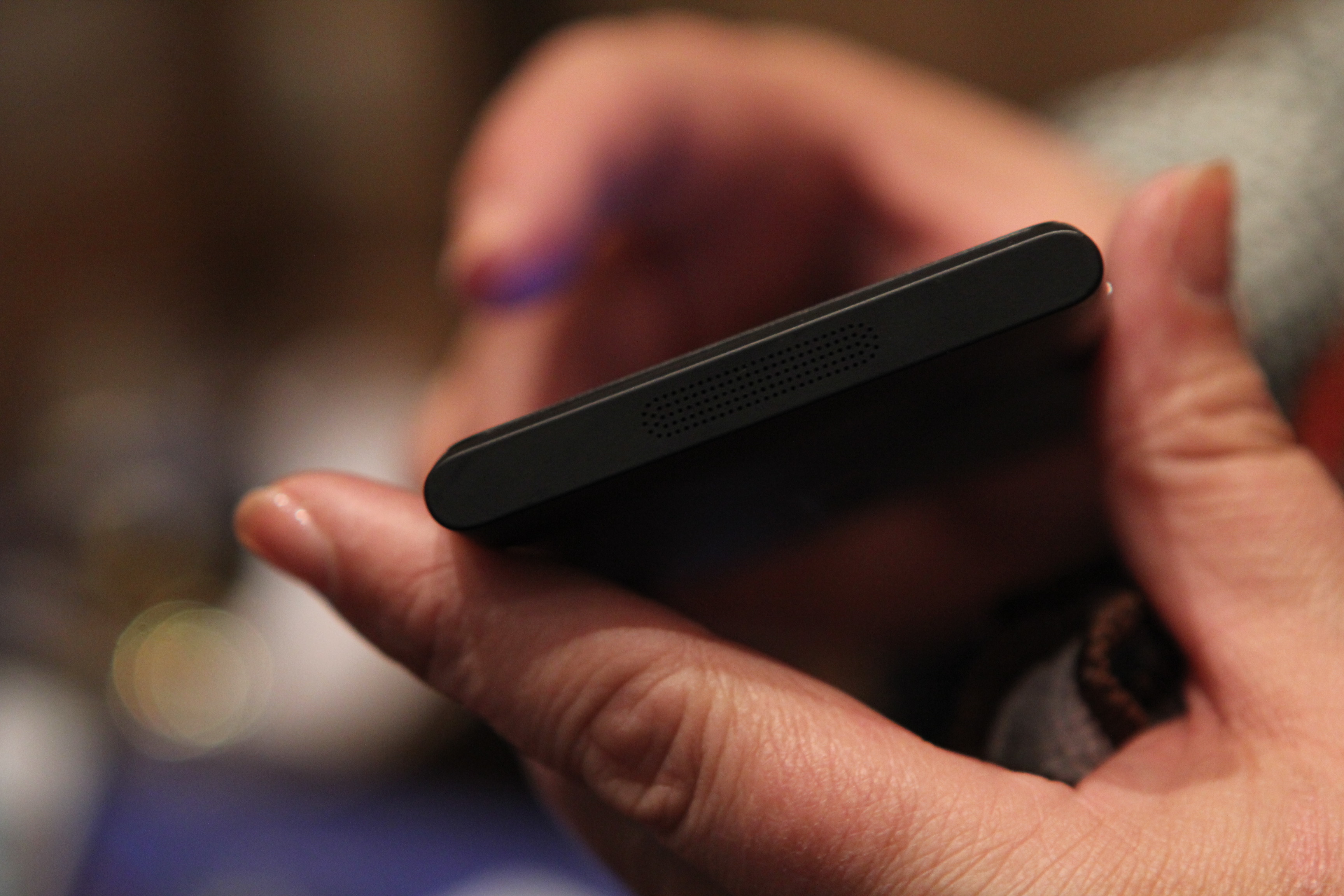 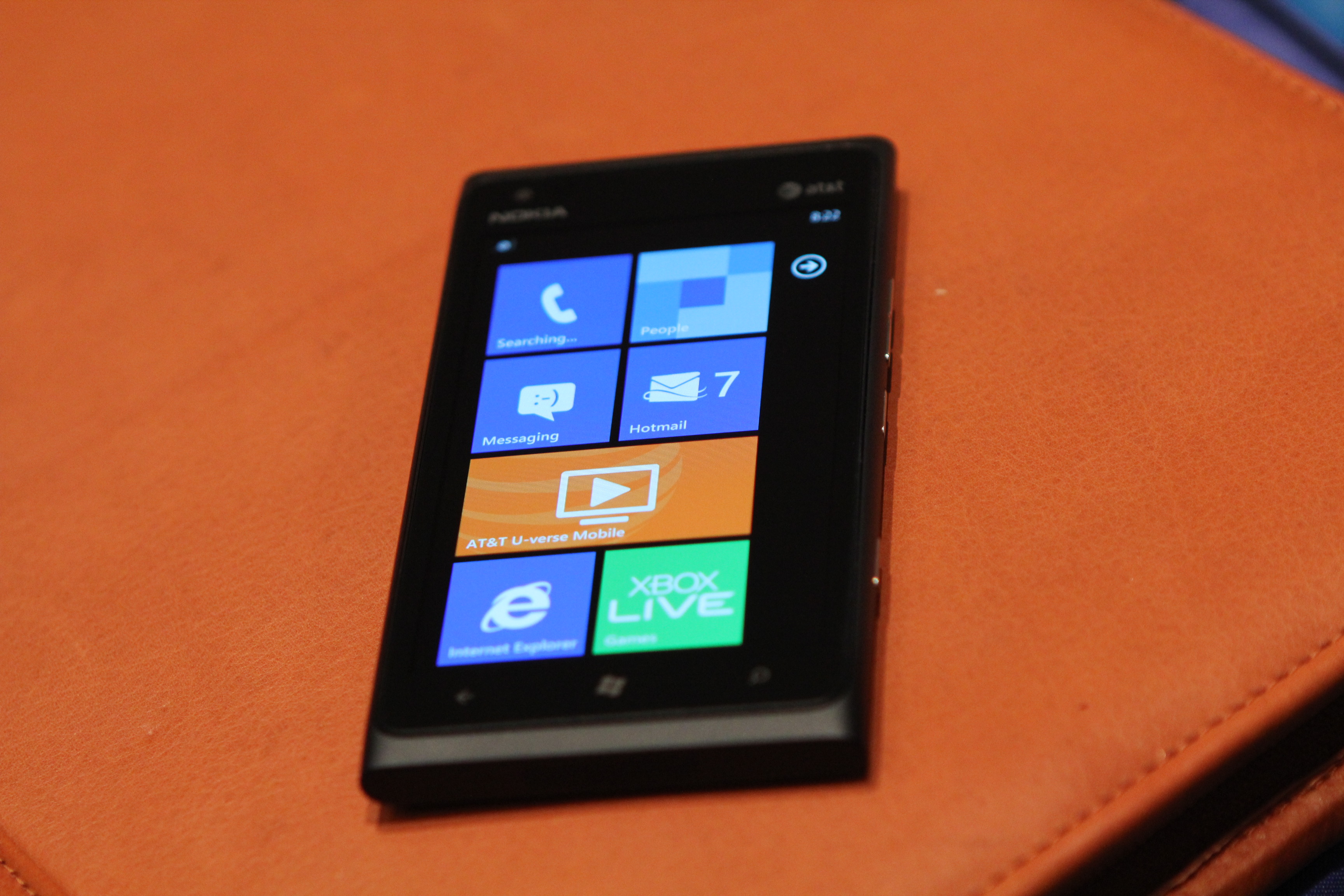 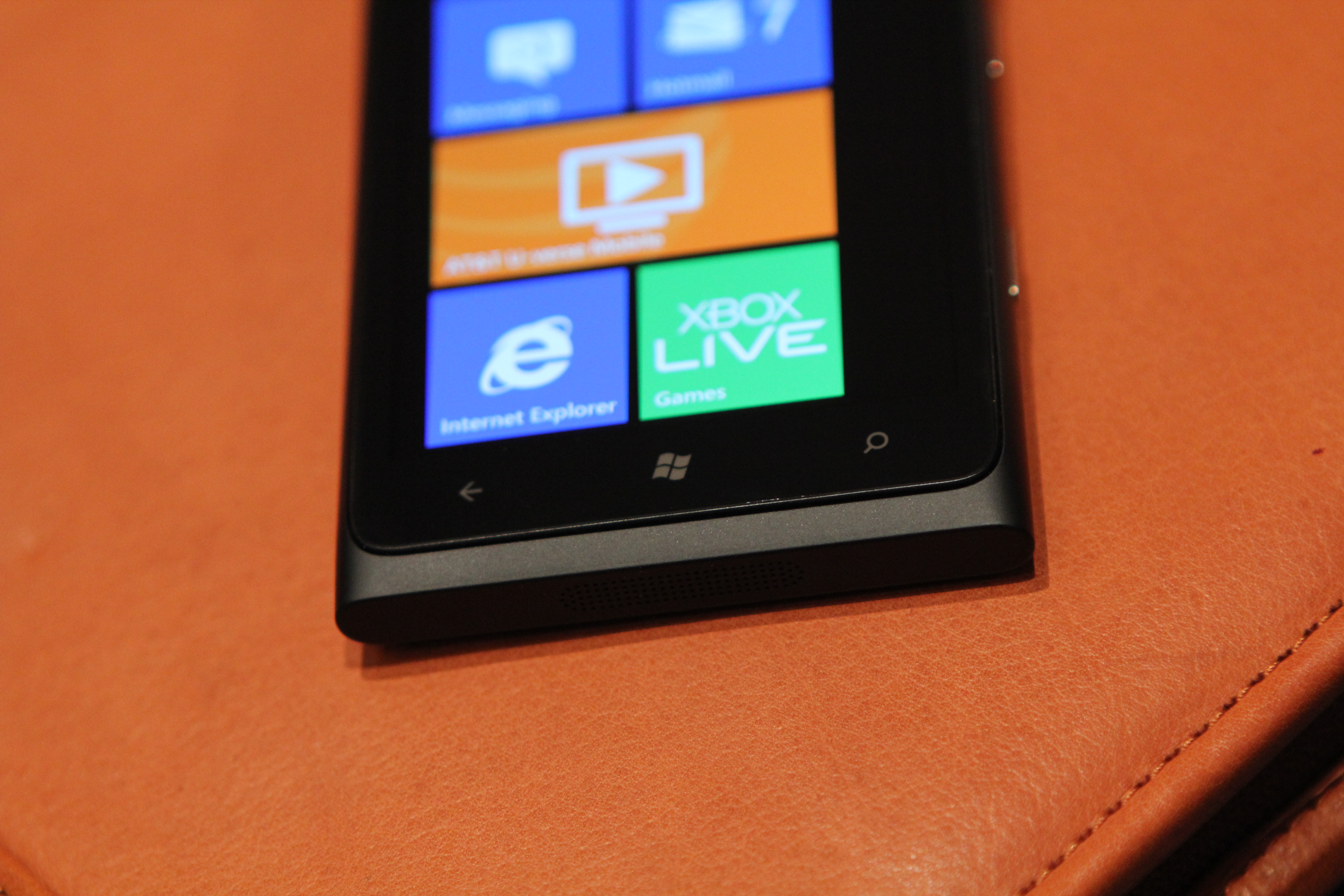 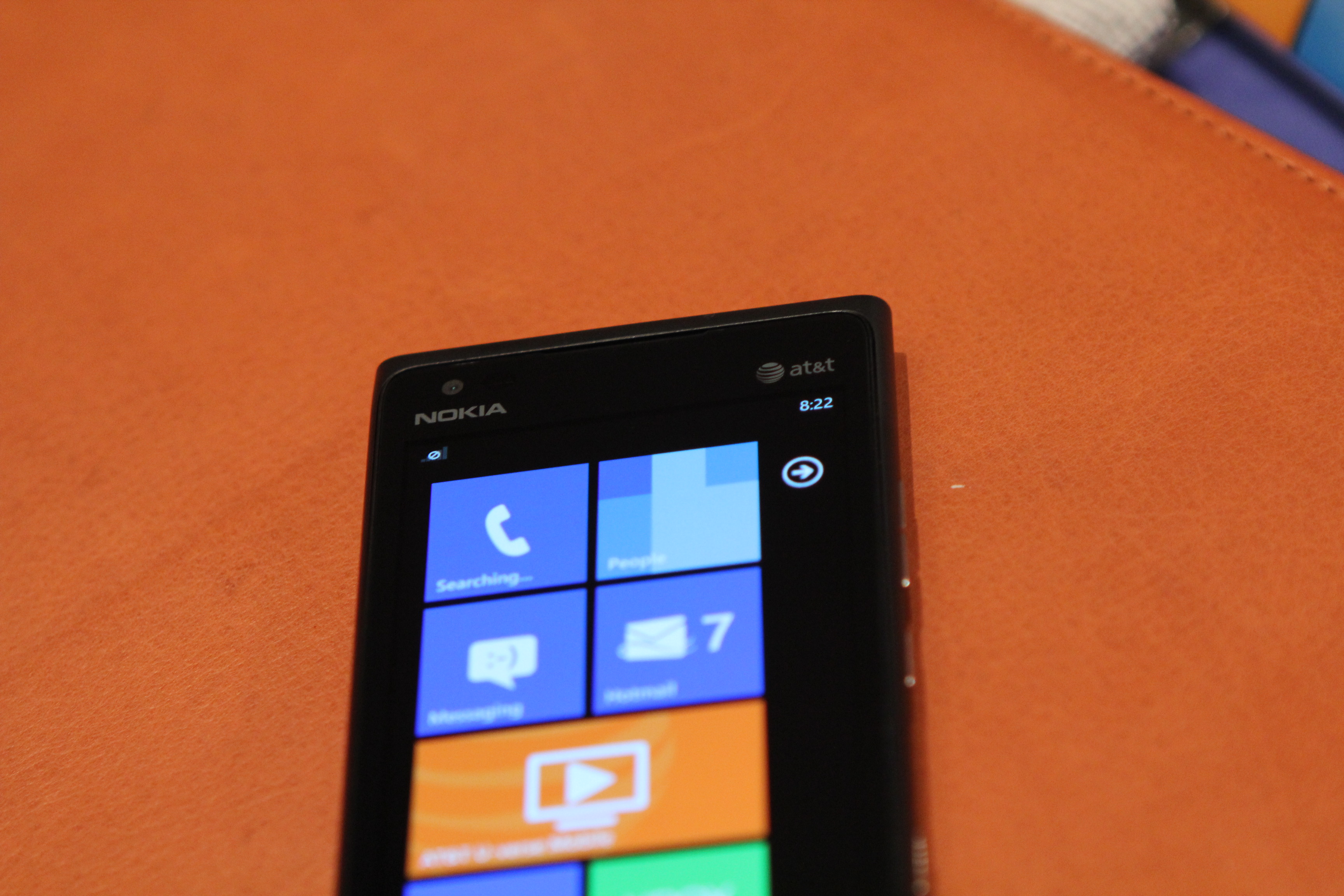 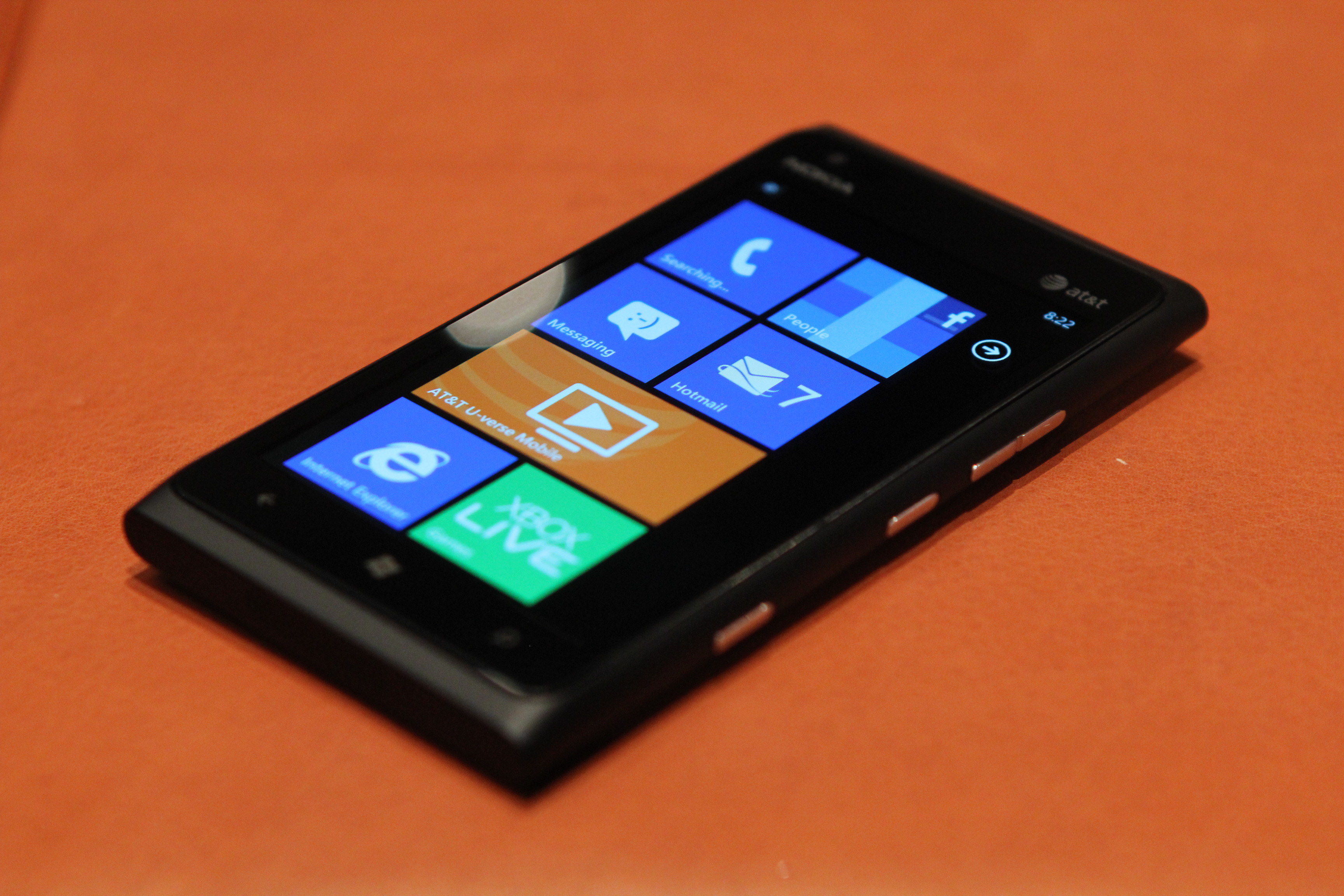 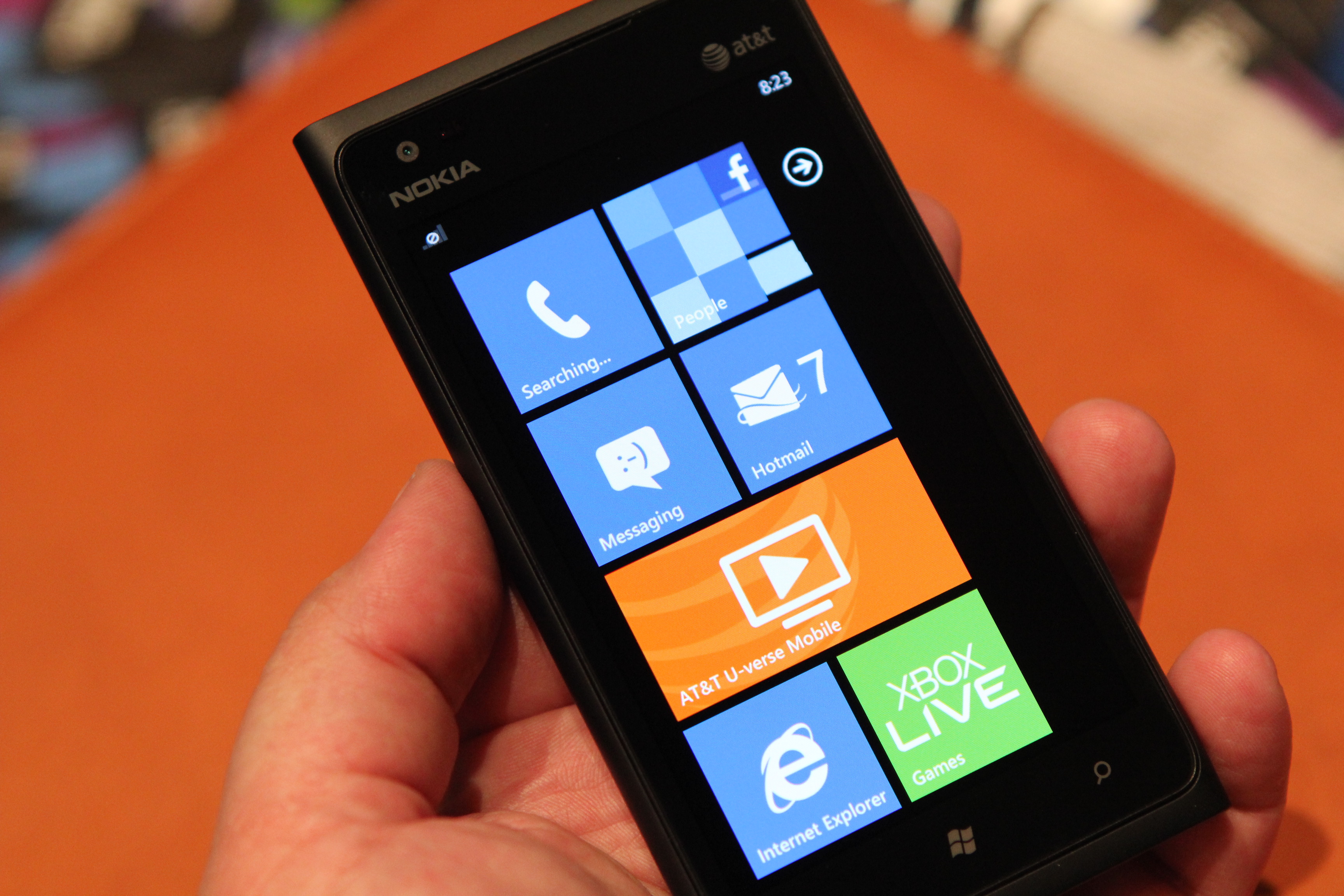 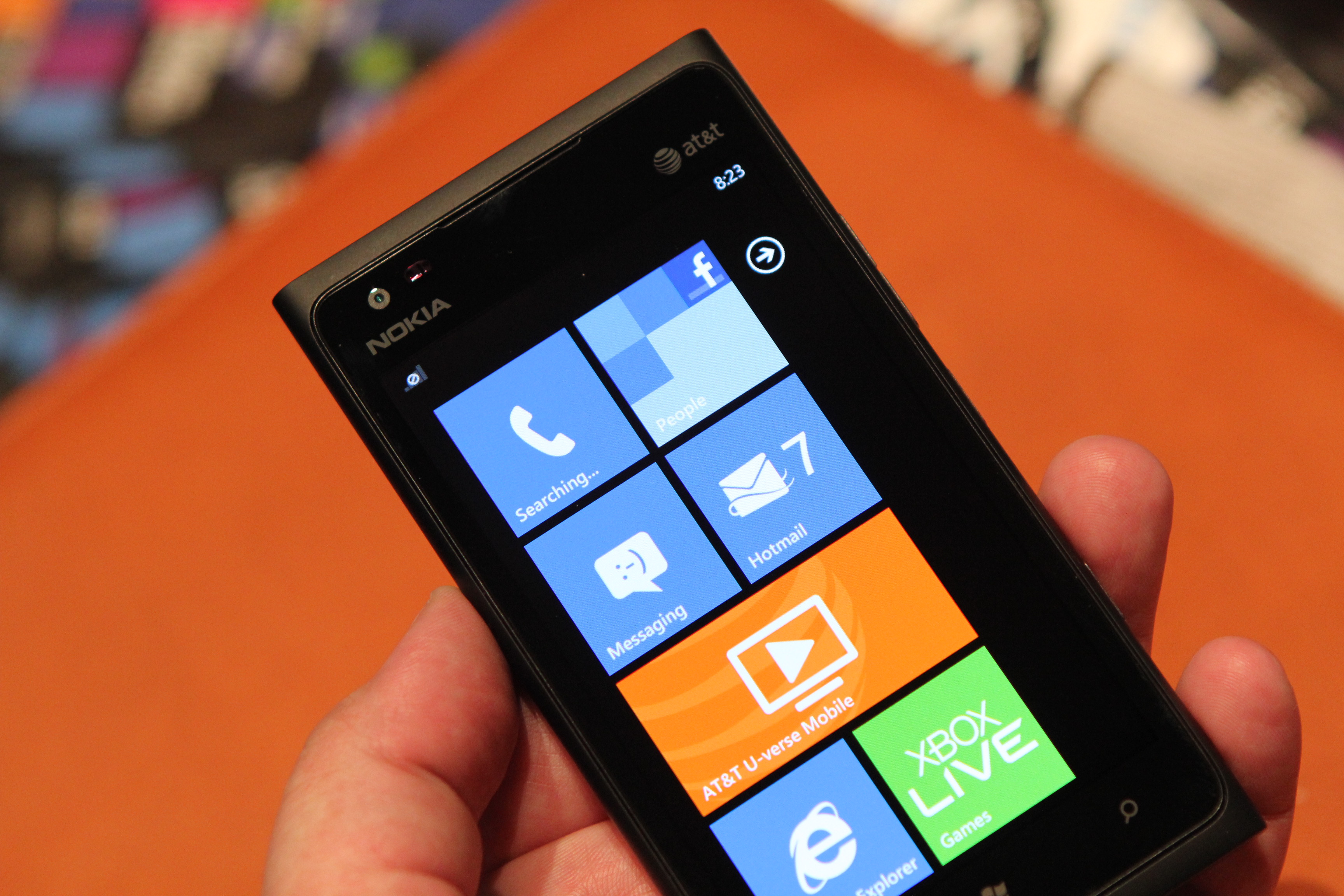 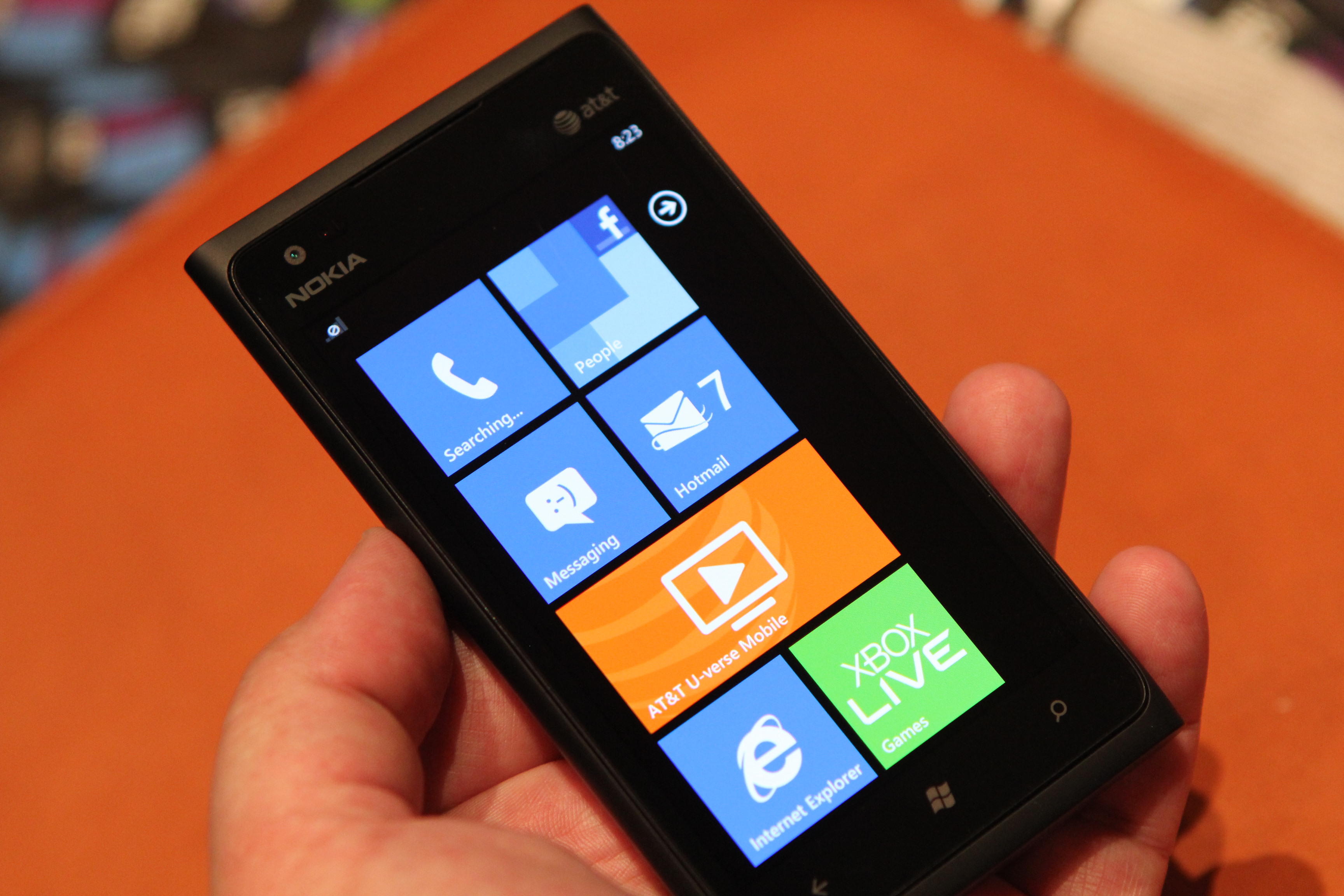