Back in June, community-powered road navigation app Waze rolled out a new feature to let users find the cheapest gas station around them, as well as get discounts when filling up.

The initial launch of the real-time fuel price feature was US-only, but starting from two weeks ago the Waze map editor has allowed users to add gas station locations to the map, available in all countries outside of North America. 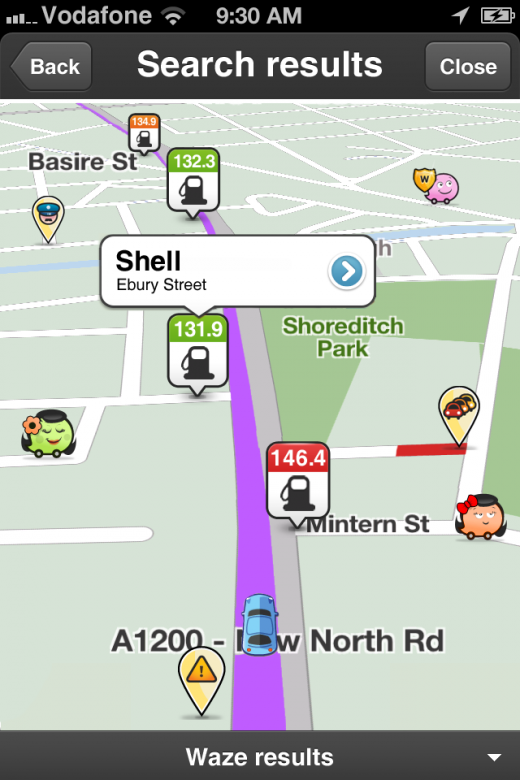 However, it’s the latter of these countries – the UK – that is now progressing this feature to include the same functionality that has only been available in the USA thus far.

From today, you’ll notice a cheap fuel locator feature in the app. This means you can find your way to the cheapest petrol station, and update fuel prices yourself. You can view nearby petrol stations, which are colour-coded by cost.

The petrol station feature is entirely dependent on crowdsourced data. The more added by the Waze community, the faster the feature will be made available in each country. At the time of writing, UK users have contributed more than 4,000 fuel price updates at petrol stations across the country.

Waze is a community-driven application that learns from users’ driving times to provide routing and real-time traffic updates. Back in early January, we reported that it had hit the 10m user milestone, before passing 20m users last month. With more than two million users joining each month, we’re told the company now has surpassed 23m users globally, 600,000 of whom call the UK home.