This article was published on February 8, 2017

Subscription-based buying has finally broken out of its telecom, video and music niche. Soon, it might turn the rest of software into rental-wear.

It only takes a cursory glance at your monthly credit card bill to see why. You might be surprised by how many monthly payments you have slowly accumulated for everything from a car, to your internet bill, to groceries, to your cell phone bill, to your music subscription.

While media, telecommunications, and SaaS companies have long relied on this model in the past decade many industries have followed suit as companies have repackaged goods as services. Across a range of industries – from entertainment, to music, to productivity, to fashion (Rent the Runway or Menguin), to even household goods (Amazon Fresh or Dollar Shave Club) and more – products that used to be sold at a fixed price are now being sold as part of an ongoing subscription.

How big is this change?

Well it’s hard to measure exactly, but we do know that as a percentage of American household spending, goods have decreased 10 percent over the last two decades and services, on the other hand, have increased. Further, a report by Zuora shows that since January 2012 the subscription economy grew 900 percent faster than sales per share among S&P 500 companies, 420 percent faster than U.S. retail sales, and 500 percent faster than the U.S. economy.

Netflix provides an early example of how and why this model is disrupting category leaders and whole industries. 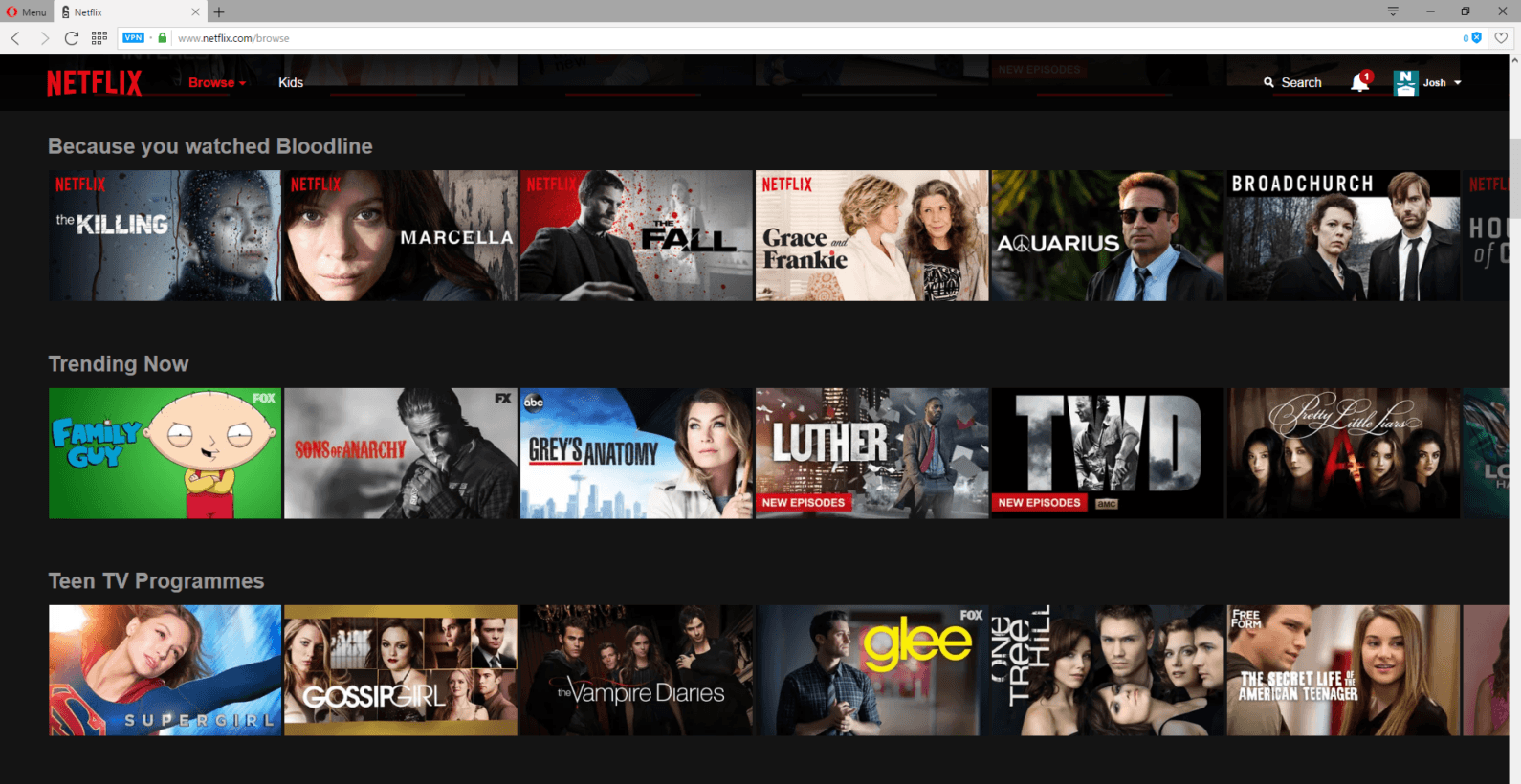 In 1997 Netflix was founded offering DVDs to order on a fee per use basis. It entered the “after theater” consumer distribution market dominated by DVD rental/purchase and online content services (pay-per view). This market had been growing since the 1990s. Yet, the user experience was marred by a few fatal flaws: a glut of options – many of which were bad and each one which cost a premium, a revenue system based on penalizing customers, and a distribution model based in a brick and mortar world – inconvenient to get too and hard to search.

In 1999 Netflix first introduced monthly subscription services. For $19.99 a month subscribers could rent as many DVD’s as they could watch and return – with no late fees – and with a top of the line search algorithm users could find the movies they were looking for and new ones they might like all without ever leaving their home. In short, it provided decreased cost, increased options, and more convenience.

Within a few years Netflix became a category crusher – first outcompeting DVD rental/purchase giant Blockbuster and eventually driving it out of business, and then today, by moving into subscription based streaming also challenging the television and film industries.

For businesses the promise of the subscription model is that it will generate recurring revenue from customers instead of one-off sales. This enables businesses, who count on most consumers to yield to inertia and not cancel their subscription, to have higher confidence in revenue projections and make better investment and strategic plans.

For consumers the subscription model offers convenience and choice. An automatic payment every month reduces purchasing decisions: your regular delivery arriving like magic at your door or over the web every month. Rather than agonizing over one option you can pay a premium for thousands of options available at anytime and usually anywhere. Consumers know exactly how much their purchase will cost every month making budgeting a synch. This sea of options collectively costs less by an order of magnitude then if you had bought all of the options individually.

On the heels of Apple’s App Store revolution, the Mac App Store provides a contemporary example of how the subscription economy can, and will, continue to challenge industry leaders.

Apple has seen tremendous growth of these two – iOS and desktop – app monopolies. Unfortunately, neither have evolved much since launching. Both stores have similar flaws to DVD rental businesses – overwhelming choice, cost, a revenue model which damages the user experience, a flawed distribution system (kind-of), and a failure to continue to innovate.

The desktop store is filled with over thousands of apps. While this might sound great, it’s not. A large and growing portion of these apps are broken, dead (no longer maintained, or just plain bad). As a result, the user experience is marred by overwhelming choice and variable quality which inevitably leads to buyer’s remorse.

App stores are filled with fantastic applications which can improve quality of life, communication, productivity, and more, but it is also filled with an almost absurd quantity of absolute junk – 60 percent of which isn’t rated. Unfortunately for users it’s often a challenge to distinguish what’s junk and what isn’t.

At the same time these sub-par or even broken apps often still cost a pretty penny. Worse there doesn’t seem to really be any rhyme or reason to how quality relates to cost – developers choose the price-point for the app from an Apple price tier. There is no easy way to return or get a refund on the Mac App Store and so the buy is penalized.

Like Blockbuster, the Apple’s iOS App Store is using an outdated distribution, or more accurately discovery, system. To find the right App users have to dig through heaps of trash. Mobile discovery firm Adjust did a study that showed 83 percent of apps in the App store are classified as “zombies” or apps that didn’t spend at least two days on any top 300 lists in the App Store. Making it even harder to find the right app is a flawed Search Discovery system.

For example, Iconfactory analyzed a search for “Twitter” and found that only 13 of the top 167 results are actually relevant. This effectively means that even though the App Store has millions of options it is nearly impossible to find the one you want without a highly laborious and inconvenient search.

These problems aren’t new, but just like blockbuster in the 1990s the App Store is still growing and business is booming so Apple has been slow to innovate.

When a giant fails to innovate there is always room for the little guy to disrupt. Enter Setapp.

Setapp is a new subscription-based alternative to the pay-per-app Mac App Store offering a curated library of premium apps for $9.99 a month. As with most subscription model vendors what they aim to offer – relative to their competitor – is convenience, cost effectiveness, and a little relief from the burden of choice – all of which provides a foil to the failures of the Mac App Store.

Currently Setapp offers over 60 third party apps. While Setapp’s offering is clearly not as expansive as the desktop shop, what Setapp sacrifices in quantity it makes up for in quality. Each of these apps is one of, if not the premium app in its category. In fact, many of them have been awarded Apple’s Editor’s Choice. This makes choosing the right app easy and risk free – as the user is almost guaranteed quality and in a worse-case scenario a regrettable download costs them nothing.

Additionally, all Setapp applications are advertising free, IAP free, and the very premium high quality applications which the majority of Mac App Store users would never try because of the glut of low quality free apps. Because the applications offered by Setapp are best-in-class, many could cost as much as $45 (such as the $45 writing app Ulysses) in the App Store.

As a result, in total Setapp offers over $2,000 worth of apps. If Setapp didn’t add a single additional app you would need to subscribe for over 10 years to top the value of those apps.