As we wind down on 2011, one of the fun things that we get to do is look back at all of the social technology trends. Search engines are a great source to find out what was hot in 2011.

Since Ask.com pivoted to become more of a portal similar to Yahoo! Answers, they are able to provide us with interesting insight into what was on our inquisitive minds as the year went on.

On top of that, Ask.com has poured over its questions and come up with some predictions for 2012. Apparently the company has a DeLorean sitting in the back yard.

Here’s what Doug Leeds, CEO of Ask.com had to say about this year’s trends:

Because people come to Ask with specific questions we are uniquely able to understand what’s on consumers’ minds at any given moment, be it pop culture or politics. For the first time, we’re looking at the year’s top questions to not only reflect on 2011, but also predict the newsmakers of 2012.

Lemme ask ya this…

So here are the top questions asked on Ask.com in 2011, broken down by Celebrities, News, and Politics: 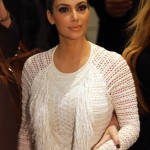 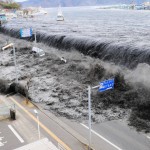 1. Earthquake in Japan: How big was the earthquake in Japan?
2. Hurricane Irene: What caused Hurricane Irene?
3. Steve Jobs: How much was Steve Jobs worth?
4. Royal Wedding: What did William whisper to Kate on the balcony?
5. Occupy Wall Street: Who started Occupy Wall Street?
6. iPhone: When will Apple release the iPhone 5?
7. Osama Bin Laden: Who killed Bin Laden?
8. Casey Anthony: Where is Casey Anthony hiding?
9. 10th Anniversary of September 11: What is happening on the 10th anniversary of 9/11?
10. Amy Winehouse: How did Amy Winehouse die? 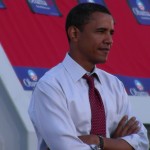 1. Barack Obama: Will Obama get re-elected?
2. Mitt Romney: What is Mitt Romney’s religion?
3. Sarah Palin: Is Sarah Palin running for president?
4. Michele Bachmann: Is Michele Bachmann crazy?
5. Anthony Weiner: Where can I find Anthony Weiner’s Twitter pics?
6. Arnold Schwarzenegger: Who was Arnold’s mistress?
7. Gay Marriage: Which states allow gay marriage?
8. Withdrawl from Iraq: When will the troops come home?
9. Iowa Caucus: When is the Iowa caucus?
10. Muammar Ghadafi: Who will lead Libya after Ghadafi?

So there you have it. Apparently my question, “Who still uses Ask.com?” didn’t make the list. According to the top trending items, the site appears to have an audience who cares more about Ashton Kutcher’s wandering hands (and pants), Lady Gaga’s boobs, and Steve Jobs’ net worth, than they did about important things like Egypt and other items that popped up on Twitter’s end of year trending list.

So what about 2012 you Ask? Here are some projected headlines based on top searches and questions asked on the site: 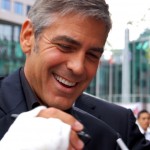