This article was published on February 19, 2012

If you want to be an entrepreneur, do you have to go to college?

In our story titled Stay in or drop out? The entrepreneur’s education fiasco, TNW Editor Brad McCarty states that the average public university (in the US) will set you back nearly $80,000 for a 4-year program. And a private school will cost in excess of $150,000.

“At the end of that time, you have a bellybutton,” he writes. “Oh sure, you might have a piece of paper that says you have a Bachelor of Science or Art degree but what you actually have is something that has become so ubiquitous that it’s really not worth much more than the lint inside your own navel.”

In New York City, two entrepreneurs aim to disrupt the traditional university form with a new education incubation model that’s reminiscent of old school apprenticeships. E[nstitute], which launched last week, features the city’s most notable entrepreneurs who will act as mentors to a class of aspiring young fellows. 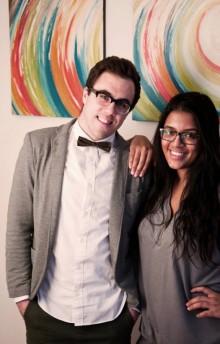 Kane, who’s just 24-years old, has been living in New York City for 6 years. He learned enough in college to know that college doesn’t teach you enough if you want to succeed in the big city. But while he was in school he met entrepreneurs Jacqui Squatriglia and Nihal Mehta who changed his life dramatically, each helping him on the path to success. “Not only are they two people who’ve ‘made it’ and have built amazing companies, but their success has created opportunity for others,” he says over lunch in SoHo.

The Enstitute program is open to 18-24 year olds who’ve earned the minimum of a high school diploma. For the first class, 15 fellows will be accepted and will be asked to relocate to New York City to participate in an apprenticeship for 2 years.

Enstitute is currently raising funds to cover the costs of housing, transportation and food for the fellows. No other money will be provided. Ideally, Kane and Shaila would like to have the students all living together, dorm-style, perhaps in a sweet loft in Brooklyn.

“Year one is all about the broader scope of entrepreneurship, while year two encourages the fellows to refine their focus and hone in on a particular area of interest. I think that approach is really smart, and the applicants will benefit from it tremendously,” says Nestio founder Caren Maio, one of Enstitute’s mentors.

In addition to the apprenticeship, Kane and Shaila are working with Dale Jasinski, a Professor of Entrepreneurship at Quinnipiac and Bror Saxberg, the Chief Learning Officer at Kaplan to develop an educational curriculum for the students during their two-year fellowship.

While Enstitute is currently a non-profit, it plans to grow a for-profit arm in the future, which would invest in the entrepreneurs once the fellowship is over and may explore other options like charging companies recruiting fees for hiring fellows.

What’s in it for the mentors? 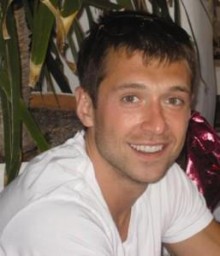 I spoke to a handful of the 31 mentors who’ve signed up to donate time out of their hectic schedules for the fellows. They’re all trusting that Kane and Shaila will have a stellar group of applicants who will be fun to work with and can help them build their business while learning along the way.

“This program has a give and take that makes it much more appealing and easy to commit to than other mentorship opportunities,” says Ben Lerer, the founder and CEO of Thrillist (pictured right).

Brian Snyder the founder of the children’s iPad app Everything Butt Art says his participation in the program is a huge responsibility. “Someone may be delaying or forgoing college to learn from/with me! That carries a heavy weight.” Accordingly, Brian intends to dedicate as much time and effort as possible to foster what’s likely to be a mutually beneficial relationship. “Great ideas emerge from youth and I imagine learning as much as the Enstitute participant might,” he says.

But what if they could do it all over again?

Many of the entrepreneurs in the Enstitute program are running million dollar businesses. So if they could do it all over again, would they attend school?

Practical application and experience was far too sparse in my education. My participation in the emergence of alternatives like Skillshare, for example, has helped shape my attitude around “learning by doing”. Certainly there’s overlap, but practitioners and academics carry much different perspectives. If I was dead-set on becoming an investment banker, I would probably still follow a traditional path. However, if I had even the slightest interest in entrepreneurship, the countless potential benefits of Enstitute far outweigh the “risks.”

I wish something like this existed when I was younger. I was bitten by the entrepreneurial bug really early on, but it was difficult to find helpful resources to tap into and learn more. A program like this certainly would have saved me a lot of headaches.

I went through the traditional system several times (undergrad, masters in the UK, MBA in the US), but I know that I’ve learned most of what I know on the job. The brands of the schools I went to helped me before I started my first company…but I learned very little in the way of practical skills, even in my MBA.

I would still have gone the traditional route because I wasn’t ready to think about working when I was in college. I was more interested in hanging out with friends and generally being a degenerate, which is something I wouldn’t give up for anything.

Enstitute isn’t for everyone 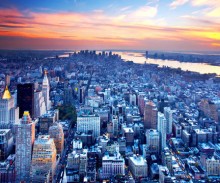 Let’s make this clear: As it stands, you won’t receive any sort of official accreditation from attending Enstitute. And even with a housing and transportation stipend, New York City is a very expensive place to live.

If accreditation is important to you (or your folks), traditional schools have begun to offer courses for entrepreneurs, such as Columbia University’s Entrepreneurial Greenhouse, which is a way for students to launch a startup while at school, and to receive class credit and mentorship while doing so.

Ben Lerer warns potential applicants that being an entrepreneur is not as glamorous as they might expect. “It’s hard and even sexy companies need to do a lot of not sexy work,” he says.

Everything Butt Art’s Brian Snyder notes that Enstitute is the embodiment of ‘getting out what one puts in’. “Applicants will have more opportunity than they’ll feasibly be able to handle. Those that harness the opportunity will graduate from the program with their own startups on a path toward success or jobs lined up with fascinating, world-changing companies. All the while, they’ll be living in New York City, a place ripe with opportunity for anyone with talent and ambition.”

(As the program grows legs, I’d like to see a few scholarships given to students so the fellowship isn’t solely comprised of privileged kids from the Tri-state area.)

Enstitute’s founder Kane Sarhan also points out the obvious, adding that this program really isn’t for everyone, as “doctors need not apply.”

There are certainly parallels between the two programs. The Thiel Fellowship, which is based in the Bay Area, emphasizes mentorship and business development and includes meetings, conferences, presentations, and other networking and professional events. Enstitute is trying to take a slightly different approach by offering an official curriculum with a speaker series, weekly dinners and homework assignments.

Money and programming aside, these programs, in addition to traditional incubators like TechStars or ERA, all strive to build long-lasting relationships that are beneficial for the entrepreneurial ecosystem so it’s ultimately about finding the right fit for you– which is how education should be.

Lot18’s Philip James points out that the program gives young people a safe way of finding out if they really have the resolve, guts and hard decision-making to be an entrepreneur.  “Everyone says they have an idea that will be the “next best thing”, but when you actually are given someone else’s money and have to produce on the vision, you’d be surprise at how many people can drown in the details.  This will be an eye-opening experience for a lot of these fellows, but one that could be a life-changing opportunity.”

If school isn’t the right thing for you right now and you’re ready to make a 2-year, fulltime commitment to entrepreneurship in New York City, applications are due by March 31st. Bootcamp starts this August.

“Learning is not a product of schooling but the lifelong attempt to acquire it.”