I have to admit something here – the life of a tech blogger doesn’t necessarily afford me the opportunity to be a world-traveling, international man of mystery. Just because TNW is a European company doesn’t mean that I actually get to go travel around Europe (or any other part of the world for that matter). But I want to.

It’s not necessarily that I even want to travel, per se. More to that point what I love to do is just learn about cultures, see what life is like in other places and well…eat the food. So for me, when I heard about an iPhone app called Wander, I was immediately intrigued. But when I heard the story of Wander, from CEO Darien Brown, I realized that there’s a lot more here than meets the eye.

So let’s go back in time a bit. Wander (known as YongoPal at the time) started as a way for people to help others learn English in a natural, conversational manner. If you were a college student with a few free hours on your hands, you could help people learn English and maybe even make a few bucks on the side. The idea was strong and the team was admitted into Dave McClure’s 500 Startups.

That’s when life began to change.

During a workshop on lean UX, the team was told that they had a “monstrous product” which was essentially too complicated to find out what parts were truly inspiring to users. So Brown and the team went back to basics to find out why they built each of the parts, and then they tried to validate the assumptions under which that building happened.

Fast forward one week after the workshop and Brown is on a plane, headed to Korea to set up workshops for Wander. When he hit the ground and started working with the Korean students, his mind was blown by what he found – they weren’t necessarily motivated by the study of English, but rather by the social interaction with a person from another country.

They had built the wrong app.

So they scrapped the whole thing, starting from scratch again with the idea that they’d build something to enable people from different parts of the world to meet each other, share conversations and share experiences. After initially trailing the idea on the back of Beluga (the group chat application) they found out that one of the most compelling functions was the ability to share pictures of and conversations about what might otherwise be seen as the mundane parts of life.

It was wildly, amazingly successful.

With the first version of Wander, Brown told me that people would sign up and log in, but they’d never come back. When the idea of actually learning English came into focus, the users didn’t show the interest. But when the team got away from the high-overhead, learning-centric focus, it took a magnificent turn toward the positive.

But there’s been more to Wander than what the team had even pictured after the redesign. Brown tells me that people have been connecting, seeing the app as a sort of vicarious method for gaining information about life in other parts of the world without having to leave their house. Those mundane pictures? They’re now an integral part of the experience, known as missions, which further help you to give others the experience of a day in your life.

It has, in fact, even inspired one person from a small town in rural North Carolina to get her passport and start traveling. She sent a picture to the team as proof. 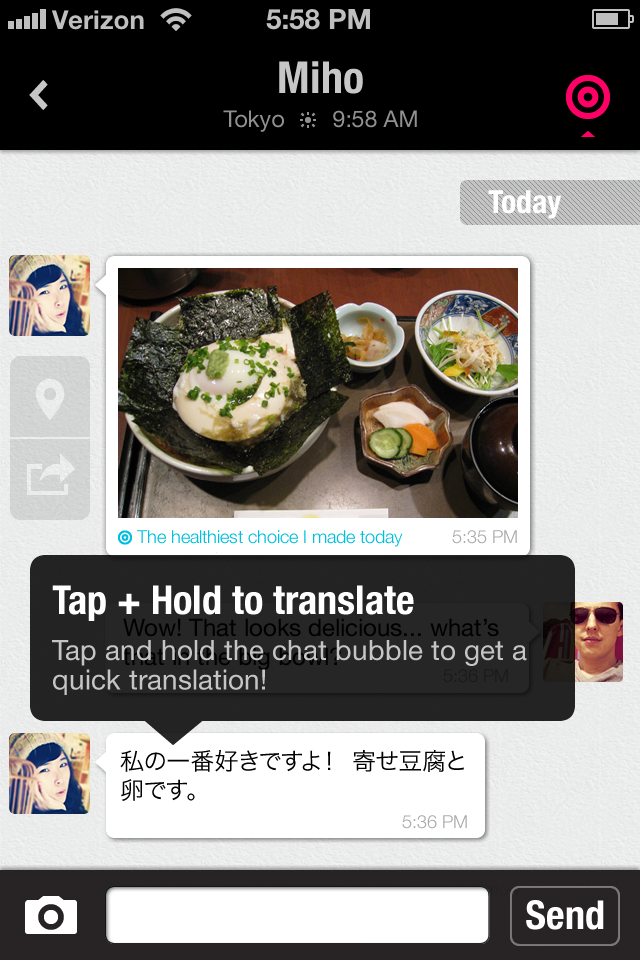 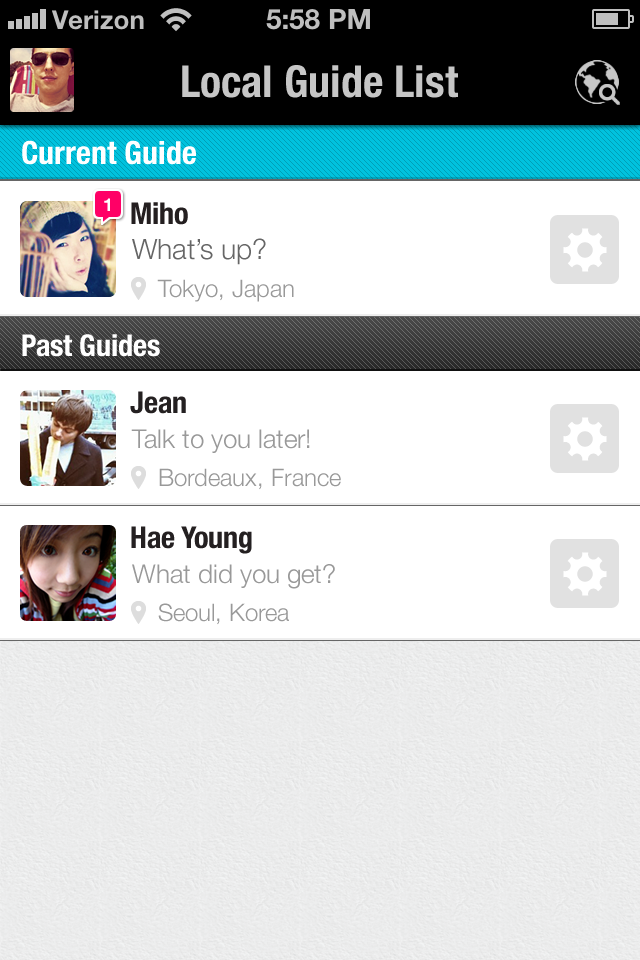 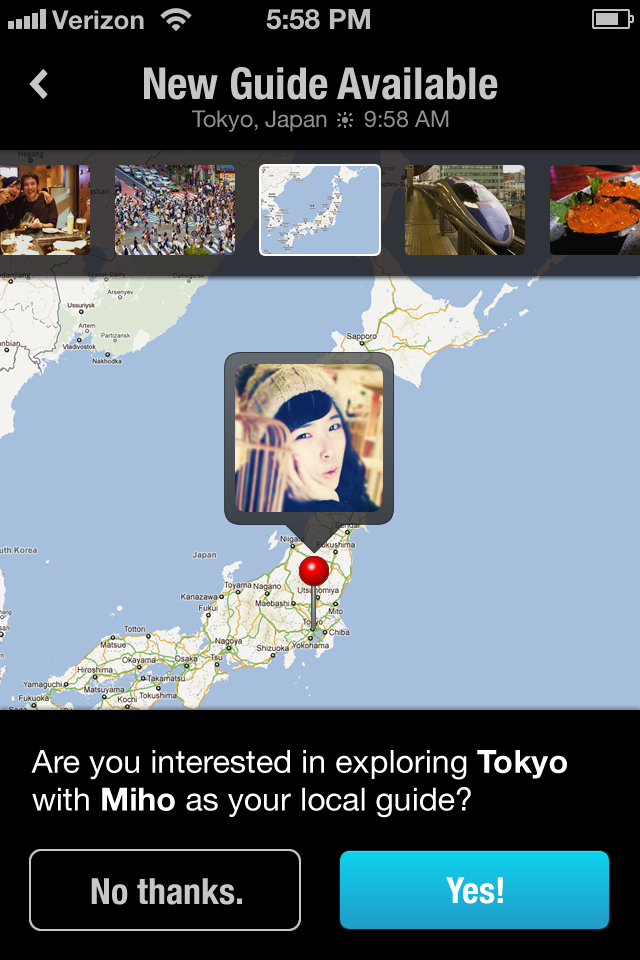 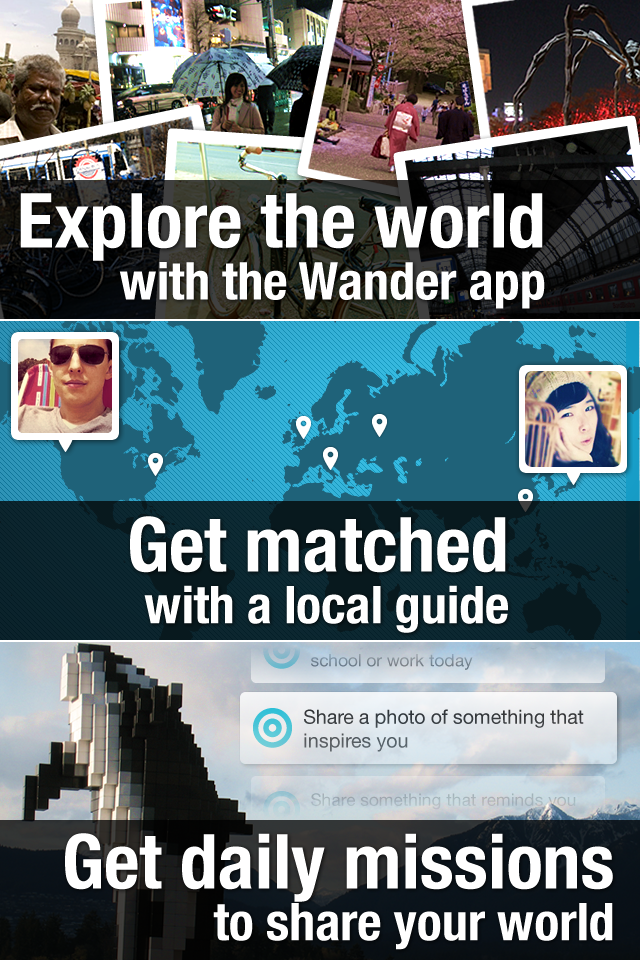 The brilliance of Wander is truly in its simplicity. Not only does it make you appreciate the things that you see in your daily life from a different perspective, but it’s also an incredibly cool way to connect with people around the world, gathering information and experiences from them as well. Oh, and to make things even easier, Google Translate is built into the app, giving everyone the ability to speak the same language.

There’s a whole other story to be told about Wander, its future and how it presently fits into the mobile-social landscape. But right now, all of that seems to take second chair to the tale that has brought it to this point. That story we’ll revisit at another time.

So why are you just sitting there? Get to downloading Wander and let us know what you think. It truly is connecting people around the world, even though it never did what it was supposed to do.

Want another great story of a product that was never meant to be? Read about CloudFlare.