This article was published on November 15, 2011

A couple of weeks ago I was browsing Twitter and I saw a tweet from Lowercase Capital’s Chris Sacca. In it he said that he had a couple of “normals” at his house and, watching them, it was obvious that the Internet was still too hard. For most anyone who reads TNW, we’d likely chuckle at the idea of the Internet being difficult, but it’s a very real fact for the other 99% of the world’s connected population.

One thing that has occurred to me, especially over the past few years of the social Internet’s birth and shaping, is that the privacy concerns that we have today are going to seem like nothing in the face of what we’ll see tomorrow. That has held true for years, and it will continue. But in this Facebook (et al.) world in which we live, it’s going to take a lot more than just privacy control settings in order to fix the problem.

The World Wide Web Consortium (W3C) is the governing body, if you will, over what is accepted as new standards on the Internet. The group has just published the first drafts of what it considers to be standards for online privacy when it comes to “do not track”, as well as compliance and scope specifications. While the intent is good, and should help to solve some macro scale issues, the bigger problem is that it drives more of the onus onto the uneducated user, which only serves to cause bigger problems. In essence, it’s a bandage on a broken arm that is the Internet and its inherent structure.

The first of the two documents aims to set a standard by which it can be verified whether or not a user would like to allow tracking of his or her online activity, and also a way by which websites can specify whether or not they intend to honor the preference. In a perfect world, where the Internet was incredibly easy, this isn’t such a bad idea. But read this excerpt about how users will specify their choice and you’ll get an understanding of why it’s more of a problem than a solution:

“For example, a user might configure their own user agent to tell servers do not track me cross-site, install a plug-in or extension that is specifically designed to add that expression, or make a choice for privacy that then implicitly includes a tracking preference”

Obviously, for most of us, we know how to operate extensions. A good number of us even know how to change user agent strings. But assuming that the general population has any idea how to work with these things is too far of a reach. In short, if you’re relying on the public to set themselves as the standard, then you’re asking far too much.

Unfortunately the W3C isn’t necessarily in a position to enforce the things that could make things truly easy. This is where the problem gets increasingly difficult. Since we’re using the Internet in ways that it was likely never intended, it’s been a patchwork of infrastructure since its inception. The lion’s share of the work to make things right — or for that matter to make things even work together — has fallen into the lap of engineers and developers and the W3C’s new documents, when they become more than just drafts, will only serve to increase that work. 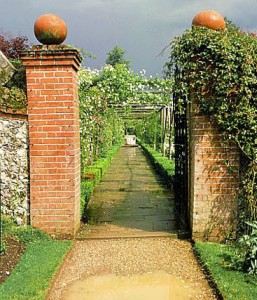 What, then, is the fix? Oddly enough, the fix might lie in the very things against which we’re presently trying protect ourselves. You’ve probably heard it said that Facebook is akin to a modern-day version of the AOL Internet from the 1990s. That is to say that it’s a walled garden where information can come in, but it can’t really escape. While that’s not an ideal scenario for anyone, it’s perhaps the beginning of a very right idea.

Perhaps the right idea is to create a computer, akin to what Google is doing with the Chromebook, that is only about the Internet. But instead of being an open-ended system like the Chrome OS, perhaps it needs to be something that’s specifically directed at being easy to use, privacy focused and offers friction-free implementation of privacy standards as they are ratified.

Of course that’s just one possible scenario in a nearly endless sea of choices. But maybe the walled garden approach, or at least a variation of such, is not a bad idea when it’s done to protect users rather than to profit from the tracking of them. At any rate, the W3C has a lot of work left to do, which opens the door to developers and engineers who want to be on the forefront of user privacy control. Now is the time to act, but it’s also the time to be agile.