This article was published on February 2, 2012

Viadeo, the social network for professionals, has announced that its mobile app is now available for BlackBerry smartphones. The free app can now be downloaded now from BlackBerry App World.

As we’ve written previously, Viadeo is big in parts of the world that LinkedIn isn’t, and it now boasts 40m members across Europe, the Americas and parts of Asia. Last year we reported on Viadeo’s new LinkedIn-style Smart News aggregator, which was made available in five languages.

Now Viadeo opens up to a whole new slew of mobile users with its BlackBerry app, adding to its existing versions for Android and iOS.

However, in addition to the standard social network features, Viadeo for BlackBerry is a 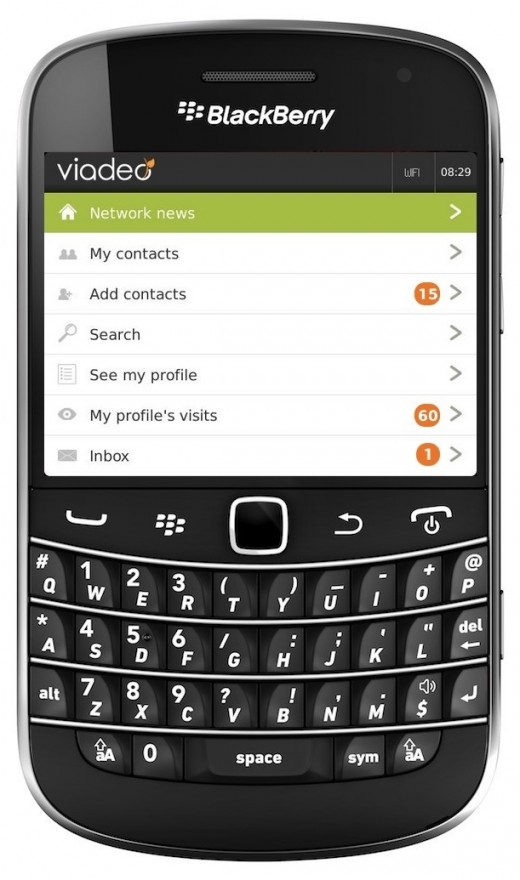 ‘smart’ application that integrates with the browser, address book and other native apps. So, for example, from your address book, one click can invite your contacts to join your Viadeo community. You can also share Web links with Viadeo contacts directly from the browser.

“Integration with the address book and BlackBerry browser is actually just a first step,” explains Olivier Fécherolle, head of Strategy and Development at Viadeo. “The sky is practically the limit. We intend to forge ahead with development so that we can soon add new features based on other apps available on BlackBerry smartphones, such as BBM, GPS and calendar.”