YouView, the UK’s new IPTV service changes the way that we can watch TV. It’s a collaboration between broadcasters and broadband Internet companies to deliver subscription free digital channels and TV on demand through a set-top box.

Essentially this should mean that instead of wiring up your Xbox or computer through your television, everything should be ready and waiting for you to slump on the couch and browse with your remote control.

One of the broadcasting partners for YouView is Channel 4 and so naturally this means that its on demand content, usually found on the company website or via 4OD apps will be piped through to your TV so you can turn on and tune in.

Of course, this doesn’t happen automagically, and so design firm ustwo has been working on making a nice clean user experience for the service so that it feels as natural as watching TV in the traditional manner.

From laptop to lean-back

The lead developer on the YouView platform for Channel 4 with ustwo is Juan Delgado who shared the experience with TNW. Delgado says that working on the new platform is an exciting ongoing process. 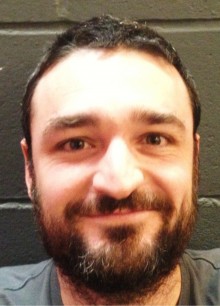 “We’ve been involved with the project for about two years. In late Summer 2010 we got together with Channel 4 and started putting things together,” he explains. “It’s one of those projects that gets us out of bed. Rethinking what television is going to be. We think the platform has a lot of potential, it’s just started but it will have a big impact in the UK. This work will set the bar for other countries about on demand television.”

Getting a service right when there is very little in the way of past examples is not going to be easy, but there were design points that Delgado and his team could follow to make sure that brand recognition and usability fell into line. “In terms of the parameters, one of the things that was quite clear from the beginning was the need for consistency. We knew we had to do something for YouView but it also had to be kept within the lines of what Channel 4 already has as digital properties.”

Indeed the Channel 4 website is where people most often access the broadcaster’s on demand material and so there was some guidance for how things should look. “We did years of testing with prototypes which helped,” says Delgado. “But one of the things we got very early is that people need to recognise Channel 4 right away when using an unfamiliar set-top box.”

Exploring a new consumer platform relies a lot on feedback. Naturally social media can provide more than enough when it comes to queries and constructive criticism.

“We see a lot of people on Twitter and online asking what YouView offers them. They say they have all of the on demand services on their laptop and they can hook up their Xbox with their TV. But if you are doing that, you are probably not the target audience for YouView,” explains Delgado.

“YouView doesn’t require the technical know-how to connect the Xbox to the TV and the rest of that,” he continues. “You just connect the set-top box to the TV and the Internet to get all the Freeview channels and all the on demand channels from the same place. People spend a lot of money on a big tv and a great sound system, so rather than viewing on demand content on a laptop, you can sit back on your couch and watch on a big telly with big sound and no fuss.”

The on-screen design and user experience is very important to viewers, but the way we browse and select viewing material for TV is with a remote control. This was a key element for ustwo when working on the interface.

The ustwo™ project team created an optimal UI (User Interface), based on the LRUD (left, right, up, down) navigation paradigm. This allows users to navigate the most popular categories and collections with up, down presses and through individual episodes with left or right presses on the remote control.

This method reduces the use of arrows, scroll bars and other common UI components, the approach was to create an ‘invisible’ UI designed to provide users with a much simpler, refined and intuitive way to search, discover and navigate content.

“There’s a big difference from when you design for Android, iOS or on the web because you have to really think through the UI and the remote. For input that’s all you have. More things will come for second screen devices but from day one we have thought through the experience to be usable with just that remote. We did a lot of rounds of user testing until we got a good result where the process doesn’t get on your nerves or get in the way of what you want to watch.”

YouView launched back in July with a few boxes on sale in the John Lewis department store. As we head into the festive shopping season, the number of boxes in homes is bound to increase as viewers look for ways to cover their festive viewing or purchase gifts. This will provide a whole new set of feedback for ustwo and it is something that Delgado is looking forward to.

“We tested with two to three thousand people for three months and that gave us some very valuable feedback,” says Delgado. “We’re already working on new features that will be released by the end of this year or early next year. Feedback is important. People will surprise you with the ways they come up with really good ideas. We’ll take that onboard as make the next version.”

The Channel 4 portal is designed to be easy to use for all ages. It also offers features like access to recently viewed programmes and an information panel designed to act as an ‘onward journey’ menu for more content or returning to different channels.

YouView is a joint venture in partnership between four broadcasters – Channel 4, BBC, Channel 5 and ITV and three communications companies, Arqiva, TalkTalk and BT.

With more people shunning traditional viewing schedules for on demand video anywhere anytime, it will no doubt be a relief for viewers to be able to return to their big television sets for relaxing viewing.  If you’re sick of listening to on demand material through tinny laptop speakers, this might be the box you are looking for so you can lean back and enjoy.

Incidentally ustwo is the same design house that came out with the Whale Trail apps. Unfortunately this doesn’t mean you get to chase through viewing menus set out like a rainbow, but it’s early days for the format yet…