Without fail, every time in my life when I thought that I should have money but didn’t, it’s because I’ve managed to nickel and dime myself to the point of being broke. Five bucks here, ten there and the next thing you know there’s a couple hundred dollars missing. Urge, an iOS app from Nashville-based Tradeoff makes it easier to keep an eye on those nickels and dimes, keeping less month at the end of your money.

Tradeoff’s Salil Shibad dropped me a line about a month ago to tell me about Urge. While I haven’t had much of a chance to talk with Shibad himself, Urge came back onto my radar just in time for the Christmas buying rush. I gave the app a download, have been using it for a bit, and I’ve gotta say that the method just works, as long as you’re disciplined enough to use it.

How Urge works is that every time you want to run through your local bean-roaster for a cuppa (or other such no-thought-necessary purchase), you take what you would spend and input that amount into the app. It will keep a running total of what you’ve saved, and then if you choose to the $1.99 in-app purchase, it can even move that money over to your savings account for you. There’s a 7-day free trial, and even a $.99 option if you want to just move the money over yourself. 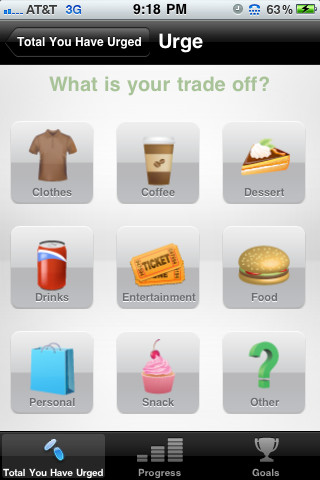 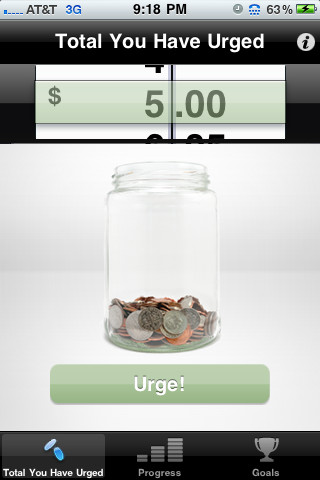 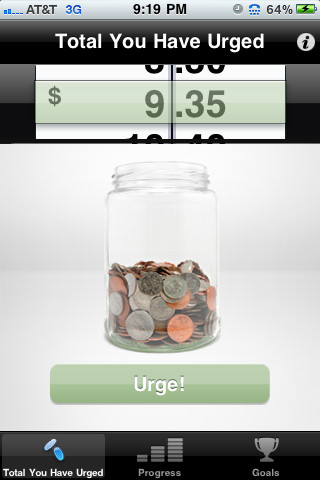 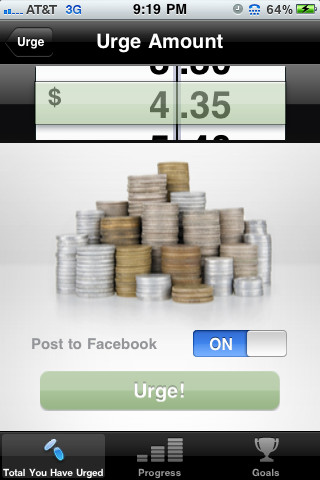 Urge also has a couple of things that, while not entirely necessary, are nice features. First is that it allows you to set a savings goal. Whether that’s a new Xbox game or a family vacation doesn’t matter; Urge will show you how close you’re coming to reaching the goal. The second is that you can share what you’re saving on Facebook if you so choose. While it’s not a feature that I’ve ever used, it’s there if you want to and makes for a good bit of rivalry.

All said, Urge is a beautiful app that does some of the savings legwork for you. Set it next to your banking, PayPal and Starbucks apps to give yourself that frequent reminder and…ahem…urge yourself to use it more often. Akin to tossing your end-of-day change into a jar, you’ll be pleasantly surprised by how quickly the savings really do add up.

➤ Urge, via the App Store