Today, the Next Web Conference kicked off with three smaller events. The Spaces venue was filled with music lovers and mobile developers for two of the Wednesday events: Music and Bits and Mobile Dev Camp Amsterdam. 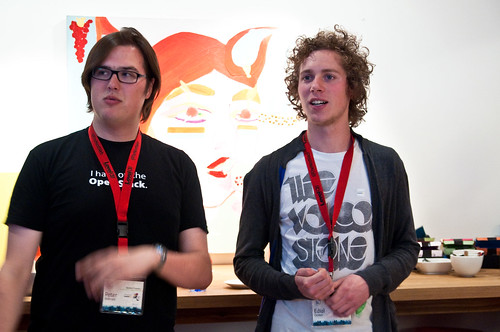 VPRO 3VOOR12 – Film it Yourself

Ron van der Sterren from the Dutch Public Broadcasting company VPRO showed one of their latest projects from the 3VOOR12 online music division: FIY. Film it Yourself tries to leverage the power of fans and concert go-ers by using their social media contributions in the form of video material. If everyone is filming the concert, why not use the (amateur) movie material from the crowd to accompany their professional sound recordings?

To try out the concept they filmed the Horrors concert last week with seven people, using different devices ranging from a Nikon D90 to a Nokia N95. After the concert everyone sent their material to a server and Ron van der Sterren manually edited all the material to put it in sync with their audio track. 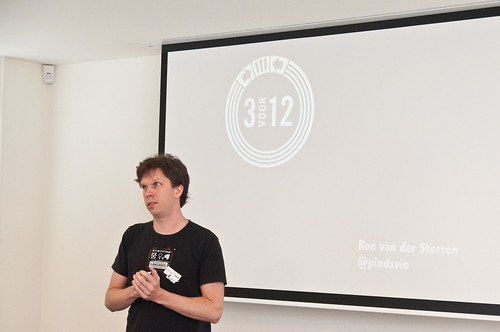 The results of the first test can be found in the slideshow below. As long as they clear all the rights with the people from the audience who contribute their movies there are no copyrightissues because the rights for the audio recordings have been cleared. The next step is to find developers who can help develop automatic synchronization and for example a multiview grid. Think Microsoft Photosynth video with a multigrid view with a viewers’ edit made by the community.

3VOOR12 is bringing this concept to big Dutch music festivals such as Pinkpop and Lowlands. The next try-out is set for the Pinkpop festival where a local band opening the festival will be filmed by 50 people. Immediately after the concert Ron Van der Sterren will copy all the material from the fans to his harddisc and then manually edit it together. This, in order to solve one weakness of the project: it all depends on the fans to upload their material. if we look at the amount of amateur concert registration at YouTube this is not necessarily a problem. However, if you want to upload a crowd-generated movie a week after the concert all fan material needs to be uploaded before then.

Ron van der Sterren explains the Film it Yourself concept in one minute:

Music and Bits – Film it Yourself from silvertje on Vimeo.