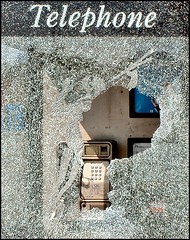 The UK is leading the way in Europe in terms of cyber-security.

The Internet is under constant threat of attack and disruption by cyber-criminals and hostile states, reports the BBC.

However, the UK is ahead of many European Union member states in its plans to cope with potential attacks, according to the UK’s House Of Lords EU Home Affairs sub-committee.

In 2009, the UK government simulated a catastrophic nationwide failure of the phone network, involving all fixed-line and mobile operators who suddenly lost the ability to connect calls within and beyond their own networks.

Britain’s privatised phone market is likely to make recovery from this kind of  ‘disaster’ complex, but the simulation exercise, code-named White Noise, was completed.

Plans for a Europe-wide exercise which simulates a continent-wide phone-network failure has been proposed for 2010 but is said to be unrealistic as many member states have yet to complete disaster recovery simulations in their own domains.

The committee also recommended that a similar exercise should be conducted in the USA.