2020 will forever be the year of COVID-19, but it has a different meaning for UFO enthusiasts. This marked the time when the Pentagon’s covert UFO operation became an above board government program.

And on Friday June 25, it will publish its first report covering 120 UFO sightings.

Does this means aliens exist? Disappointingly, the Pentagon will probably point to high-tech aircraft by Russia or China as an explanation. Still, it won’t completely rule out extraterrestrials.

To try and get to the bottom of this, we discussed the much-anticipated report with TNW’s Alex Griffioen, one of the Netherlands’ main UFO experts and initiator of the UFO sightings website Ufomeldpunt.nl.

We asked Griffioen if we should still be excited about this report even if the US government won’t acknowledge it’s aliens.

He gave us an unequivocal “yes” to this.

Telling us that it’s the first time since 1969 the Pentagon is publishing a report about UFO (or UAP) sightings. Back then, he explained, the US Air Force looked into about 12,000 UFO reports, and concluded the sightings could mostly be explained by everyday phenomena.

“This report had a huge impact on how people thought about UFOs,” Griffioen said. “Since they had been officially ‘debunked,’ UFOs became the realm of crazy people, and sightings were no longer reported in fear of ridicule — or worse.”

This all changed in 2017, when the New York Times published their sensational expose on the Pentagon’s Advanced Aerospace Threat Identification Program (AATIP).

This mysterious investigation had been running since 2007 and cost $22 million. “The news was groundbreaking because it proved the Pentagon was seriously looking into this again, and that their 1969 conclusions apparently were no longer valid; if they ever were,” Griffioen commented.

Arguably even more impactful was the release of three videos made by different navy pilots.

These videos show strange-looking flying objects that can accelerate within seconds and seem to defy the laws of physics.

When those videos came out, it resulted in a snowball effect with even more pilots reporting sightings. Congress could no longer ignore the questions these phenomena posed and founded the UAP Task Force for further investigation.

Their first report is coming out on Friday and we asked Griffioen what to expect.

He told us that the Pentagon will acknowledge the presence of UFOs — nobody disputes the validity of the sightings and videos — but will probably try to explain them as earthly phenomena. For example, countries like Russia and China secretly testing ultra-advanced, hypersonic planes.

“Let’s say it’s Russia, a country with a minuscule defense budget compared to the US. So Russia created gravity-defying vehicles in 2004 that can buzz around at hypersonic speeds for a full day and don’t need fossil fuels? If Russia’s technology would really be that much more advanced, wouldn’t there be hover boards on the streets of Moscow by now?”

We then questioned Griffioen about how many more videos we can expect to see.

He told us we don’t know much about the report’s contents. But Luis Elizondo, the former director of AATIP and the driving force behind the declassification of the three existing videos, has seen more footage.

Elizondo resigned in 2017 and has since worked on the documentary series Unidentified: Inside America’s UFO Investigation by the History Channel.

“Elizondo identified five ‘observables’ when he worked for AATIP; unique traits that can help filter UAP sightings,” Griffioen said. “For example, there’s instantaneous acceleration: moving from zero to Mach six or seven in seconds. If a human being was inside that craft, they would turn into mush because of the G-forces. Another one is ‘transmedium travel’: the ability to move in or out of the water without losing speed.”

According to Griffioen, these underwater UFOs are called USOs — or “unidentified submersible objects.” And they’re a lot more common than you might think.

Here though, comes the big question: have we encountered aliens or not?

“I think we spotted non-human intelligence,” Griffioen said. “I wouldn’t use the term ‘aliens.’”

The term he does use is “non-human intelligence — or NHI.” Griffioen told us that humans like to envision martians who climb onto spaceships and travel from their planet to ours.

He doesn’t believe it’s that simple.

Instead, he thinks that “these NHIs could also come from another dimension in space and time.” Effectively, he’s a proponent of the multiverse theory. This means the sightings exist on Earth, but in a “spectrum we can’t register” as humans.

As you can tell, Griffioen is a true believer. But, if what he thinks is true, what would need to happen for the Pentagon to confirm the existence of non-human intelligence?

On a more serious angle, he thinks we’d need to prove that these unidentified objects are breaking our understanding of the rules of gravity, aerodynamics, and acceleration. “Maybe that’s enough?”

But the US government confirming the existence of non-human intelligence might be closer than it appears.

According to author Sam Harris, he has been approached by an individual with ties to the American government in order to help shape the public message that hon-human intelligence exists.

For Griffioen, this leaves two major options: either Sam Harris is lying, or something is being revealed to someone. We just don’t know if the latter point will stay in government circles, or will be revealed to humanity at large.

Ultimately, we don’t have enough evidence to say one way or the other if non-human intelligence exists and has interacted with Earth.

Griffioen believes this will change in our lifetimes though.

“We’ve never been closer [or] seen as much transparency as today,” he said. “I’m positive we will find out what’s out there in the coming years.” 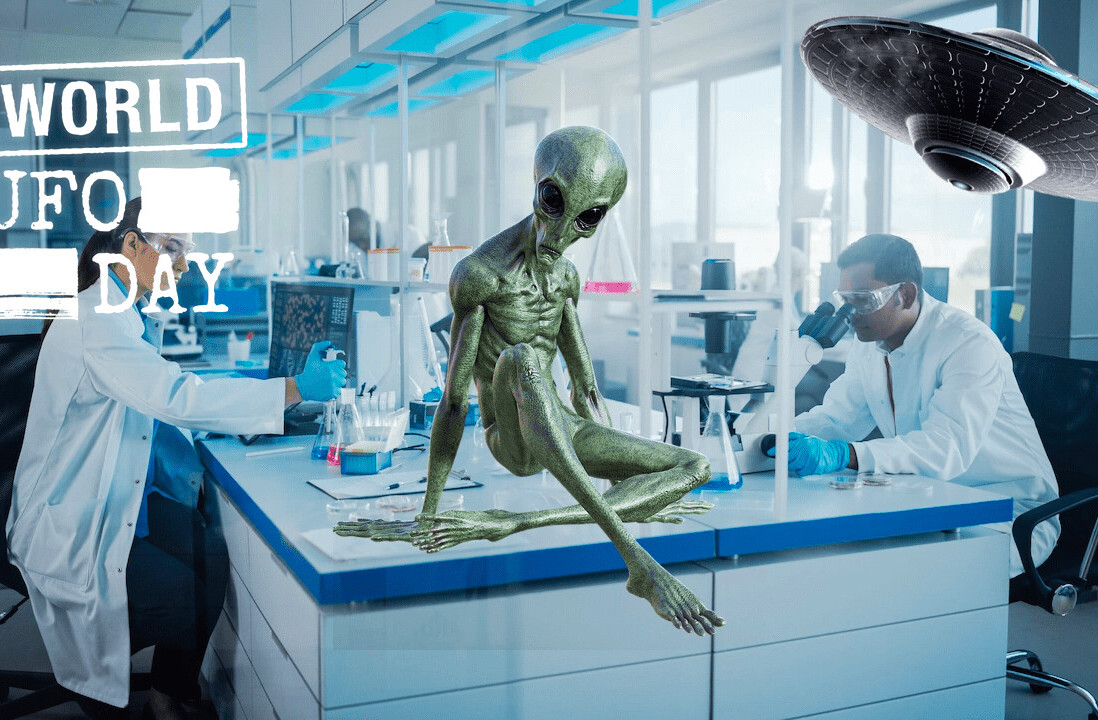