When New York City Mayor Bill de Blasio announced plans to limit to number of Uber drivers on the road to ease the city’s congestion problem, Uber did not take the news lightly.

In today’s update, if you’re looking for a cab in New York, you’ll be met with an option for “de Blasio,” in which no cars are available nearby, or a long wait time is quoted. 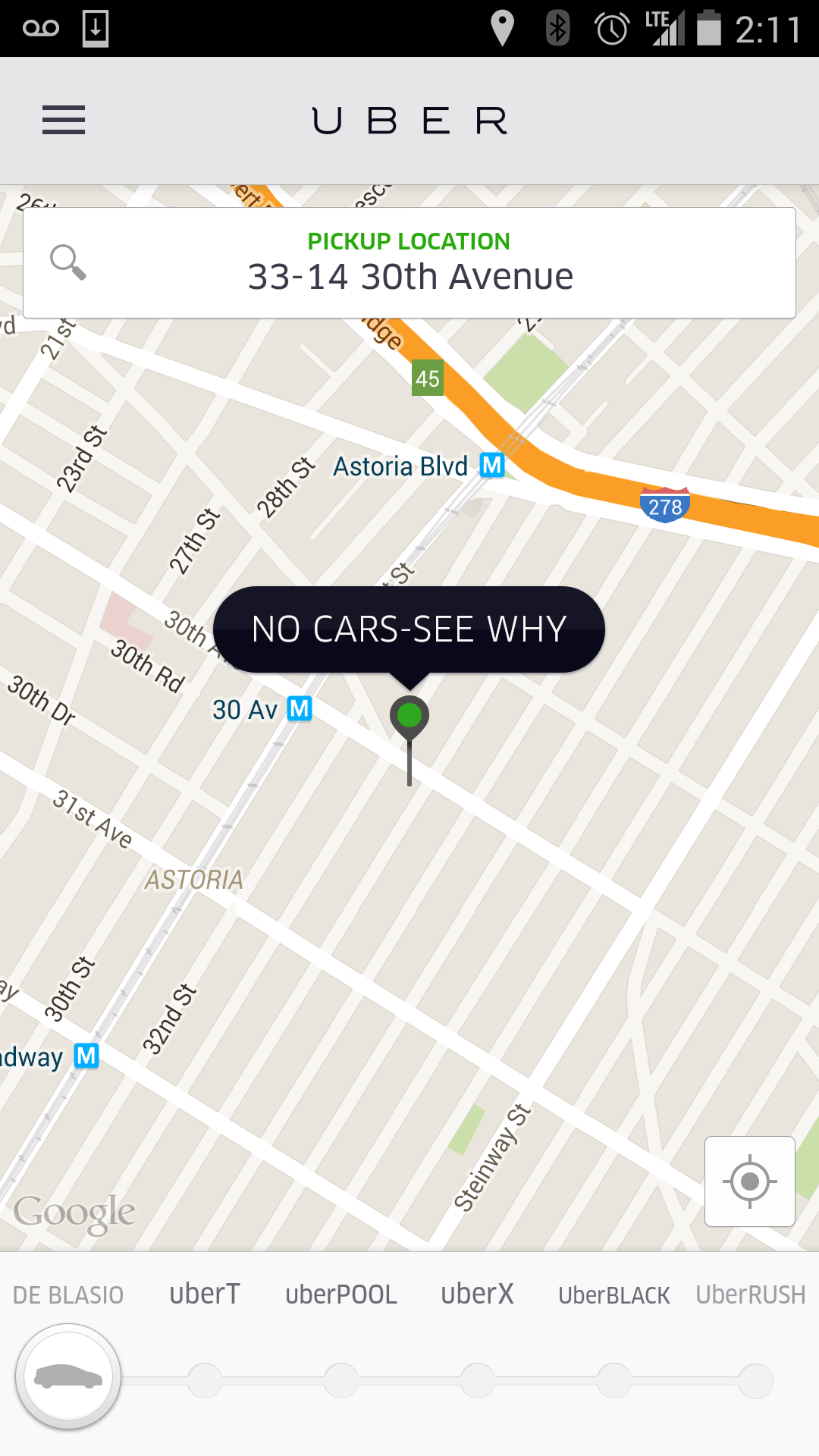 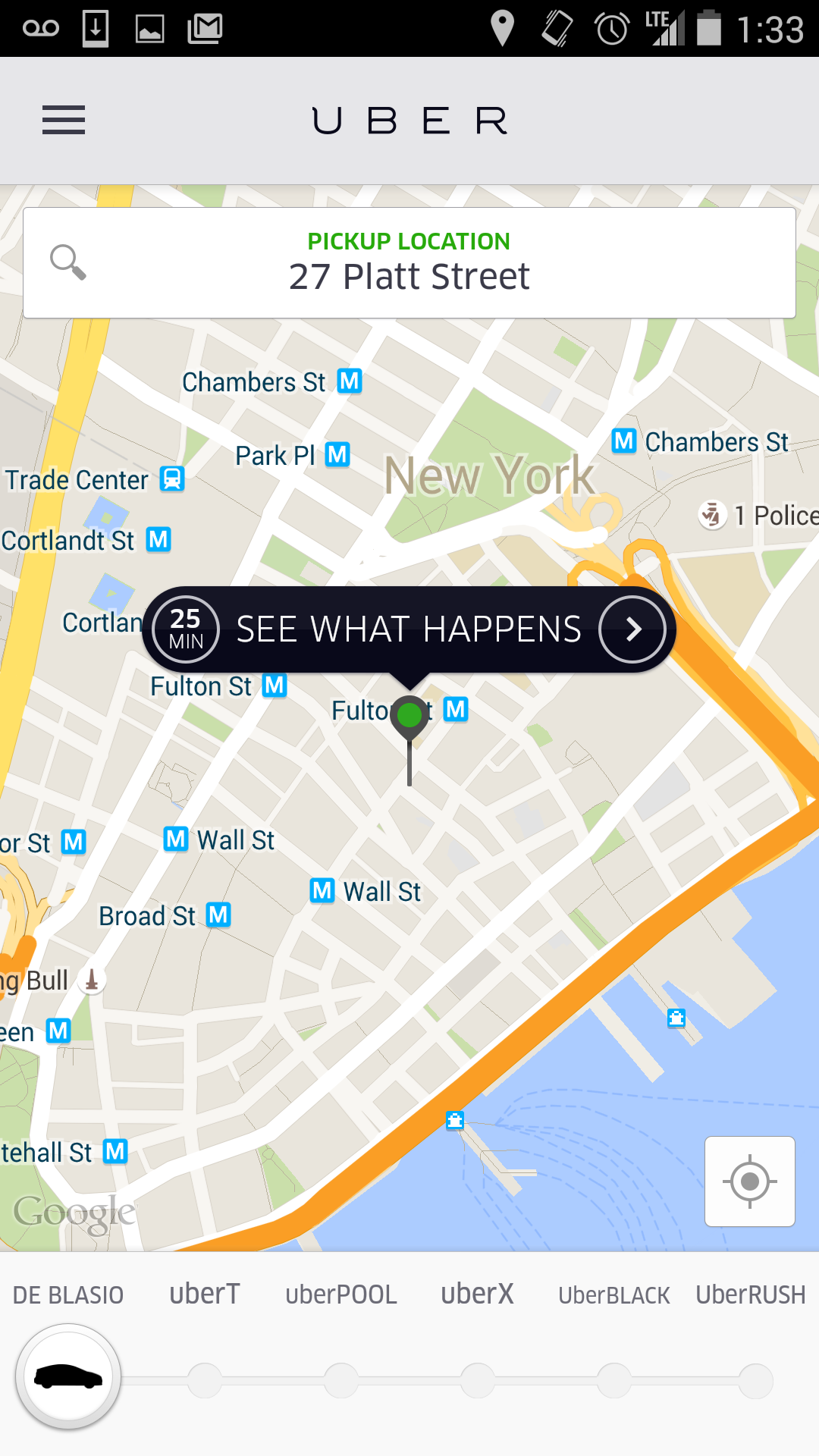 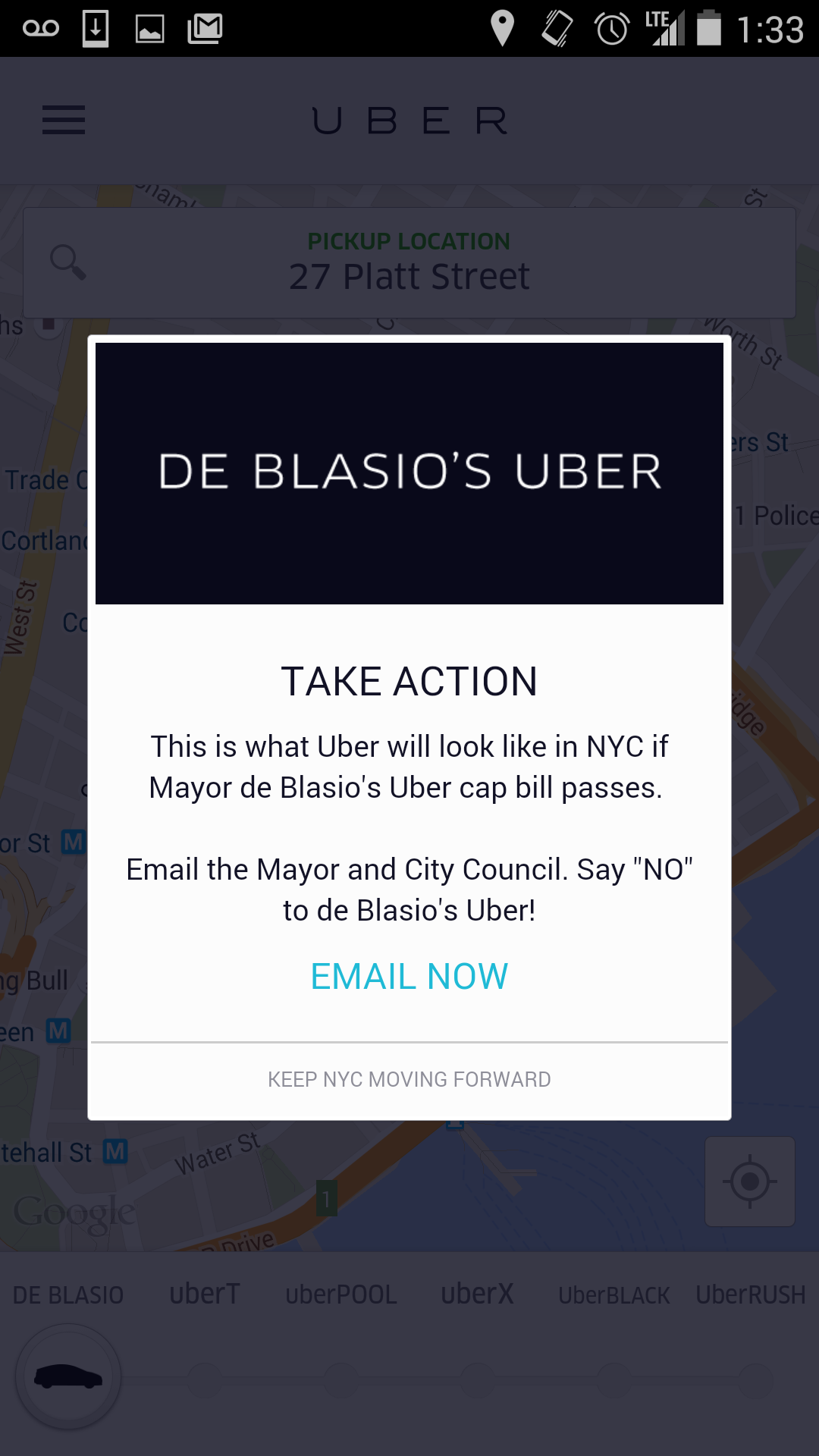 Yesterday, Uber also released local commercials slamming the Mayor’s office for limiting the community’s right to employment. The TV spot features Uber drivers giving testimonials about how working for the on-demand car service has helped their lives and the local community, while noting that de Blasio’s “war on Uber will kill 10,000 jobs.”

The City Council is expected to vote on de Blasio’s plan to cap Uber’s growth as early as next week. If the bill passes, Uber would be required to limit the expansion of its fleet by approximately 1 percent until September 2016. Currently, Uber says its NYC fleet was growing at “roughly 3 percent per month.”

Uber claims the administration is giving in to the city’s Taxi and Limousine Commission for outgrowing yellow cabs, which require city-approved medallions to operate.

Read next: Uber just threw some serious shade at NYC Mayor de Blasio for attempting to cap its growth