Sweatyfeet is an experimental typeface drawn via GPS in a process known to some as Figurerunning. The concept of Figurerunning has existed for a while now, dubbed as art meets exercise, and now a Letters Are My Friends, a group of type enthusiasts, have created the first GPS-based typeface using the app.

Fans of experimental type may be familiar with Running Alphabet, a similarly drawn project started last year, but as it is currently unfinished, Sweatyfeet may have beaten it to the punch. Obviously, who’s first isn’t what really matters. What does matter is that designers and technologists are collaborating to push the boundaries of type design in every way possible.

Figurerunning has come a long way since its inception. What started as a screenshot in Runkeeper has now become a dedicated app with a quirky user-base of creative runners. Letters Are My Friends is an equally creative and quirky group, making the combination as worthwhile as it is outright strange. 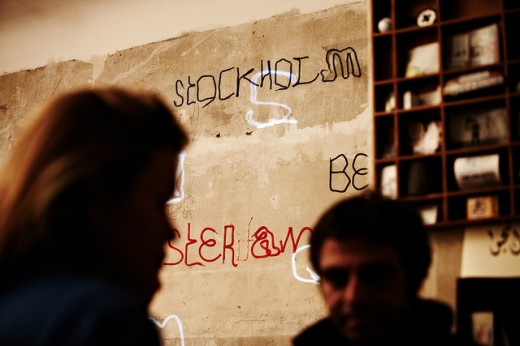 You can download the font file here and check out the app used to create the typeface here. As you can see above, this was never meant to be a very functional typeface, but the process is magnificent. From Create Digital Motion:

Working with the iPhone app FigureRunning, an exhibition this month merged the activities of jogging and drawing, scrawling letter forms by recording a path across a city grid. App users in 13 cities from San Francisco to Amsterdam to Tokyo made the letters, giving the alphabet a varied and personal flair. Some of the participants spelled out entire words (one gave his wife her whole name across the city of Bussum); then the designers picked out 26 faces.

As typographical design, it’s far from perfect, but the informal quality is half the fun. The design is also collaborative: the designers assembled a charming book full of faces, stories, and maps.

Launching the typeface itself filled a Sunday afternoon and evening in Kreuzberg, as exhibited in the photos. But wherever you are, you can enjoy the typeface: it’s available as a free download. 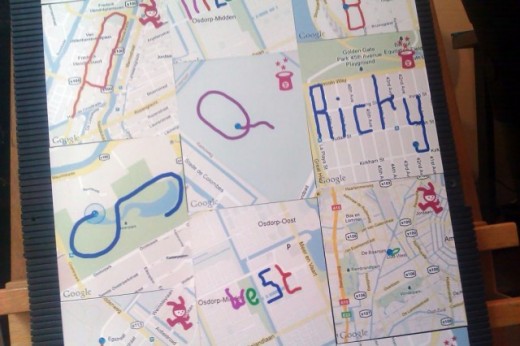 If typography isn’t your thing, you can draw anything you want with Figurerunning. Then, see if your friends can guess what you have drawn. No matter what, it’s awesome to see how technology can turn everyday activities into geeky entertainment — especially since drawing of any sort is inherently creative. 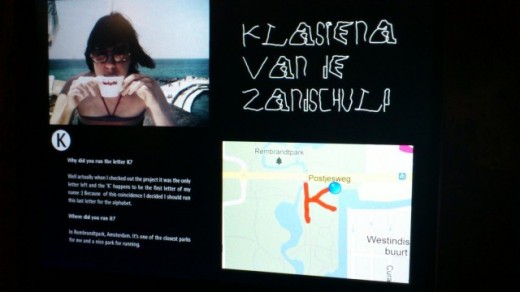