The Next Web got an exclusive first look at the latest report from app store analytics company Distimo, which zooms in on the App Store for iPad, roughly two years after Apple’s first ‘magical’ tablet computer hit the market.

The report is largely based on United States-only data about the App Store for iPad as measured throughout February 2012. According to the latest public figures, Apple has sold over 55 million iPads to date, and very much counting.

The graph below displays the road to reaching 180,000 iPad-fit applications, and remarkably, the growth is nearly linear. 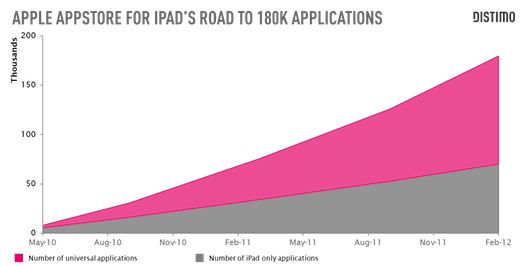 Distimo points out that there was evidently an initial boost from iPhone applications that were ported to the iPad, but the graph also shows the proportion of ‘universal’ applications. Such applications, which are fit for both iPhone and iPad, have seen an increase to over 61 percent in February 2012.

Either way, the App Store for iPad remains the largest mobile application store available in the United States by a mile, as the graph below shows. Only a small proportion of applications available in Google Play are optimized for tablets.

Among the other major findings researched by Distimo analyst Gert Jan Spriensma is the fact that iPad users appear to be quite willing to pay for premium content offered by newspaper and magazine publishers in the Newsstand category.

Already, Distimo asserts, the top 100 grossing Newsstand applications – including The Daily, NYTimes for iPad and The New Yorker Magazine – are generating more than $70,000 in revenue per day in the United States. 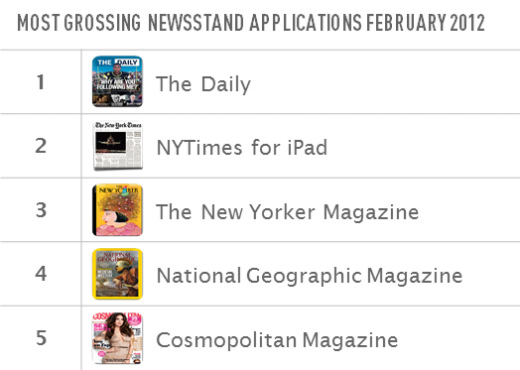 It remains to be seen if this will continue to be the case; Distimo believes app download volumes in the United States will pick up again in the coming months, particularly with the new iPad hitting the market in recent times. 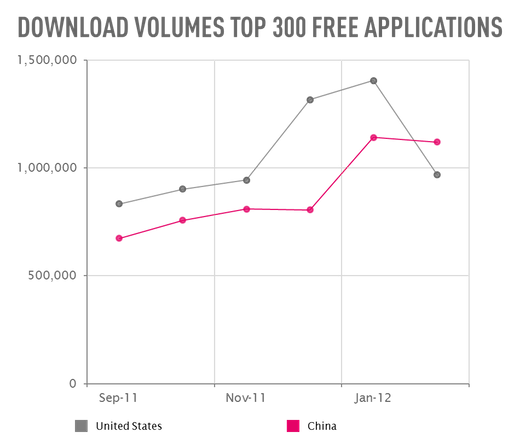 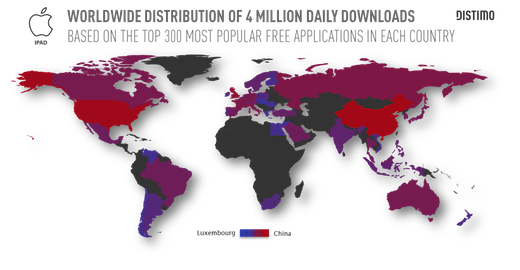 Be that as it may, the United States still wears the crown when it comes to paid apps, remaining the highest grossing country alongside other English-speaking nations like the UK, Australia and Canada.

China by the way, is not even among the top five most-grossing countries. 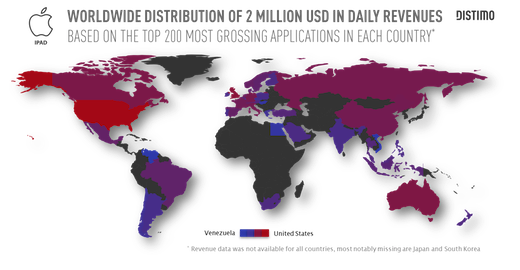 And finally, zooming in on the 200 highest-grossing applications currently available in the App Store for iPad, 74 percent of applications come with the ability to make in-app purchases.

On to the next Distimo report, and the next few years.