Counting down to Super Tuesday in the US, concerned citizens from the right and left have kept a close eye on the GOP primaries. Publications and television are certainly useful for keeping tabs on the electoral process, but Twitter’s immediacy makes it an outstanding source of unfiltered information.

In an official blog post on the topic, Twitter shared a graph showing off just how well the popular service reflects the rise and fall of various candidates through the vocal support and disapproval from voters. As you’ll see below, the  analysis follows mentions of Newt Gingrich, Ron Paul, Mitt Romney and Rick Santorum from January 1st to March 4th.

Since the beginning of the 2012 election season, many of you have turned to Twitter for breaking news about the latest GOP primary results, participating in the debatesand first-person accounts of virtually everything happening on the campaign trail.

Your Tweets have also mirrored the rise and fall of various GOP prospects’ campaigns heading into Super Tuesday. Check out this graph charting the number of Tweets mentioning each of the Republican candidates throughout the campaign. 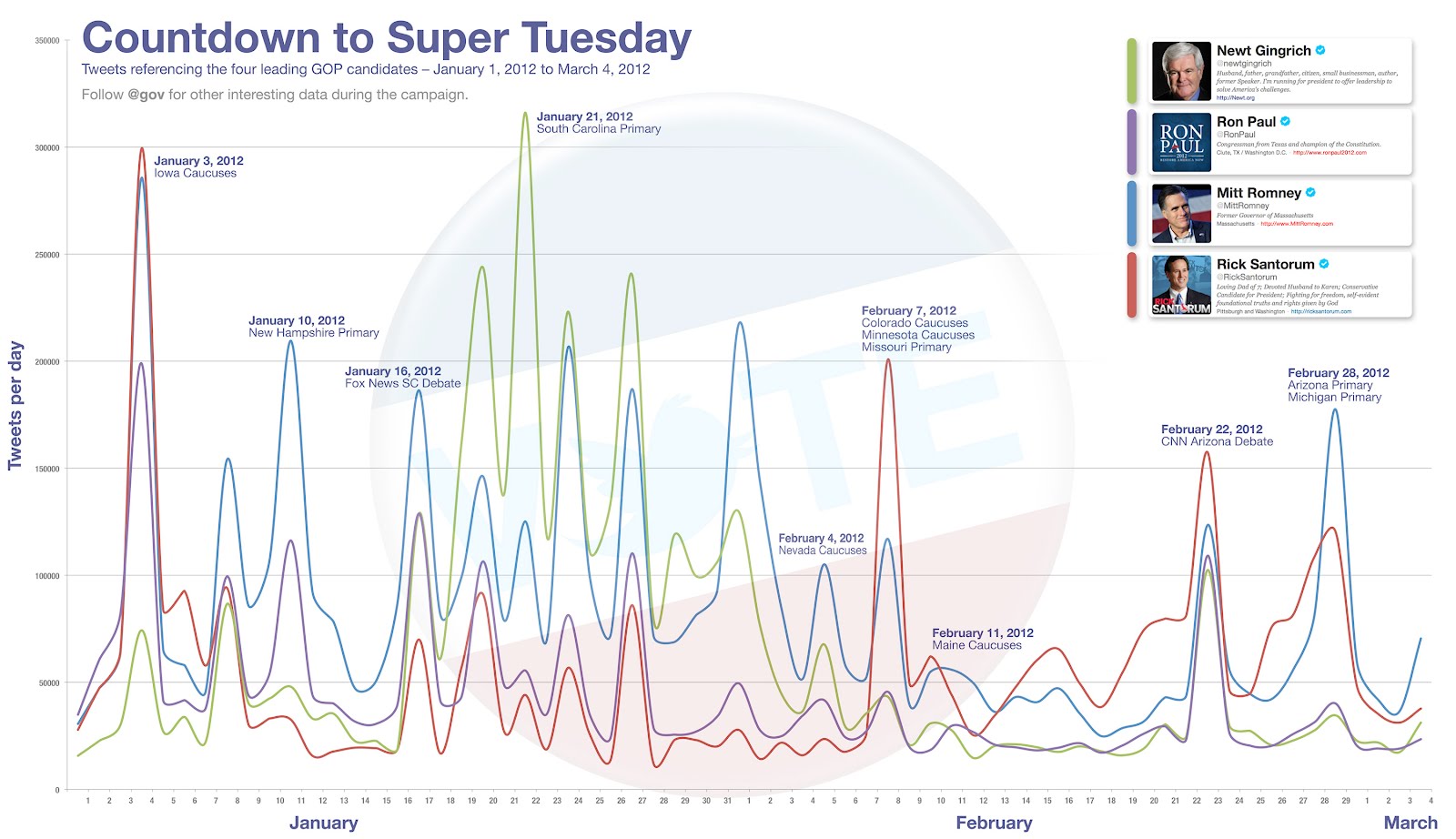 Twitter has been known to keep a tight lock on most of its data, but what is released is often quite revealing. What’s important here is that the core data is not based on news station polls or a widget — It’s based on real people voicing their opinions via Twitter.

This massive amount of data comes together to reveal real interest, and leaves us with a bigger picture of the electoral process in the US.