Today, Twitter’s first designer Vítor Lourenço announced that he would be leaving the company. Lourenço has been with the company for five years, where he was its first dedicated design employee.

Lourenço says that he’s ‘still figuring it all out’ with regards to what he’s up to next. He does say that he’ll “take some time off and hack on a few bad ideas…”

This joins a string of departures from early stage employees over the last several months. Something that is not unusual as a startup transitions into a company that could be preparing for IPO. Twitter has also been hiring like crazy, adding many new engineers and design staff. The size of its Android team has more than doubled over the last couple of years, for instance.

Twitter currently employs around 1,000 employees at its SF headquarters and hundreds more worldwide. 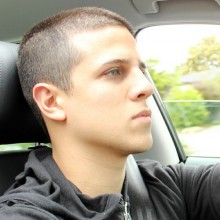 Engineer Mark Otto recently announced that he would be leaving Twitter just like his coworker Jacob Thornton. Together, they created Bootstrap, an open-source front-end web app development toolkit. This has followed a string of engineer departures strung out over the last several months.

Mark McBride, another recent departure, had been with Twitter for three years and is now at Nest. McBride was an early engineer who worked on Twitter’s sitestreams — the pipes that it ships data through both on its own site and to third-party clients. From there, McBride moved on to an Engineering Manager position where he headed up tool building.

We’ve reached out to Twitter for confirmation of Lourenço’s exit, but as his personal site refers to his position at Twitter in the past tense as well, we’re figuring it’s official enough.