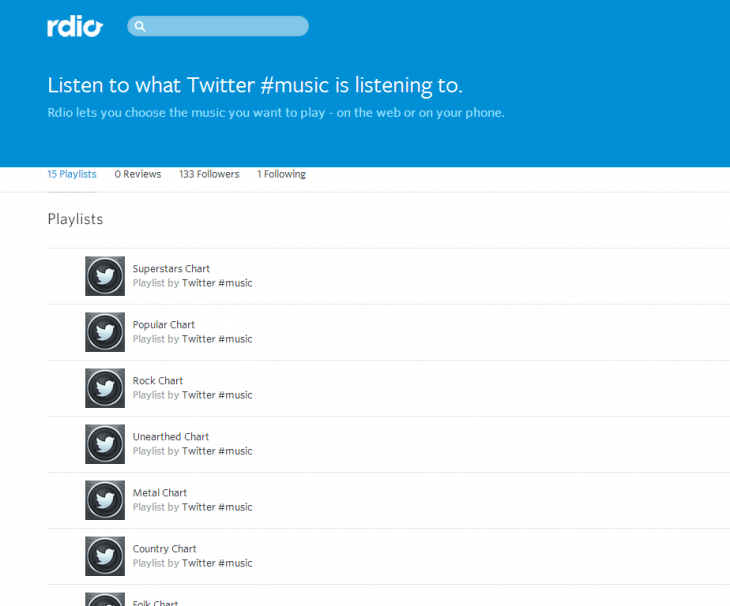 Twitter released a Spotify app for its #Twitter Music service this week, but the company isn’t forgetting other streaming sites after it added its social-powered charts to Rdio.

The upshot is that you can see, peruse and listen to tracks from 15 Twitter Music playlists, including ‘Superstars Chart’ and ‘Popular Chart,’ direct from Rdio as a tweet from the company — spotted by Engadget — notes.

The Rdio integration isn’t quite as slick as the Spotify app, but the result is the same: it’s an interesting way to surface new content.