The Twitter app for BlackBerry smartphones has been updated to version 3.2 today, bringing with it expanded tweets and a number of new ways to find new people to follow.

The new features were announced over on the official BlackBerry blog, along with the following images: 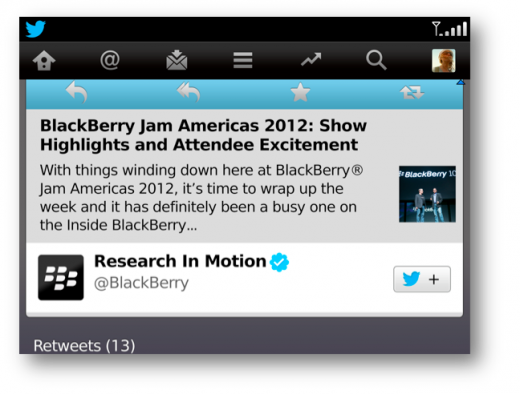 The tweet details screen has been improved to show a small preview of the link or media embedded in the tweet. The feature will contain a headline and summary of the text, if applicable, as well as some information on the publisher and the author. “The information you need presented to you for quick on-the-go reading,” as the BlackBerry blog so eloquently puts it.

It’s a feature we’ve seen rolled out on other platforms, but it’s nice all the same to finally see it implemented for BlackBerry users too. 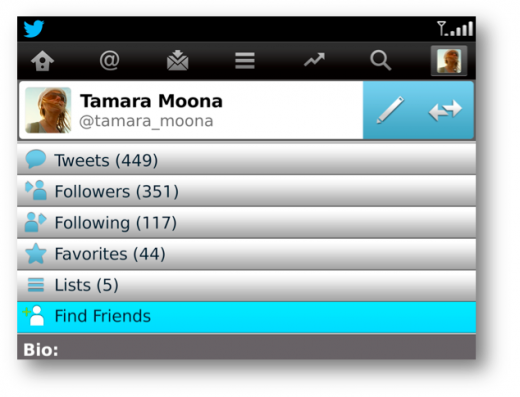 The “Find Friends” button is also a new addition on the home screen, allowing users to quickly find new followers that they know once they’re registered with a new account. If you’ve been hanging around on Twitter for a while now though – as most of us have – you’ll instead be able to see which of your BlackBerry contacts joined Twitter recently using the same button located on their profile page.

“I love this feature, because friends of mine are constantly joining Twitter – and this lets me find them effortlessly,” according to the author of the blog post. 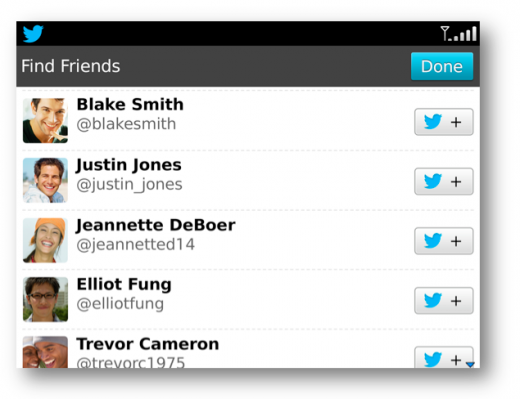 Last but not least is the quick follow button, which allows you to instantly track a user from a fellow Twitter user’s following list. In practical terms, this means you no longer have to click through to their individual profile page every time you want to add a new follower. Bliss.

The BlackBerry blog says the app “may take up to 24 hours to appear in BlackBerry App World.” Keep your eyes peeled, folks.