Every week we publish an interview with a start-up. We ask five questions, hoping the answers will give you inspiration and new views. Well, actually six questions, since we also ask the start-up to who he or she is passing the mic to.

As I’ve promised you two days ago, I will interview the start-ups who participated in the start-up rally of PLUGG 2008/ This time we’re interviewing David Whitewood, co-founder and VP Business Development of Trutap Limited. His colleague Carl Uminski presented Trutap for the audience in Brussels.

Trutap is an easy-to-use free mobile service that combines all the elements of a young person’s social life into one application. It sort of turns a phone into a platform for social media . You can send SMS and email from your mobile phone for free. You can also chat with your friends on IM and post to blogs, photo-sharing accounts and social networks.

How did you come up with the idea of Trutap?

“It was back in 2004. There was a great scandal across the UK news when David Beckham was accused of having an affair with Rebbecca Loos. Apparently they had been having text sex with each other. At the same time the Mobile Data Association were reporting record texting figures for the New Year and Valentines day and there were reports of text bullying causing problems at school. Texting was going thru exponential growth, yet it lacked the basic privacy and control options that are found in email and IM. I saw a mismatch and knew that my phone had GPRS data & Java capabilities and spotted a huge opportunity. And the more I looked at it, the bigger it became.”

What was your biggest challenge during the development process?

“I think the biggest challenge during the development process is resisting the temptation to start coding before the problem that you are trying to solve and your approach is fully understood. It is a little like embarking on a grand design for a new house without having detailed plans and understanding regulatory requirements. Maybe you will build in stages, live in the house for a while and refine your intentions. But you had better of thought of the future, will the foundations support a second floor?”

Can you describe the British start-up culture compared to Silicon Valley?

“I was based in the Cambridge in the UK when I started. Cambridge is well known as a start up cluster and there is excellent support from Business Angels here. We have moved to London in order to find the best talent to build a world class mobile internet busines. Compare to the Valley London is very expensive and the talent pool is thinner in general, but for Mobile2.0 London and Europe is where it is happening.”

What will be the influence of your start-up on the next web?

“Through our success in building a global mobile social network we will be one of the key influencers in people seeing their mobile phone and not a personal computer as their primary access to the Web.”

You can make up this question yourself!

“How does this sound:

When will be the tipping point when mobile internet really takes off?

Ok, so the mobile Internet industry is the industry from hell with the whole eco-system seemingly out to get you. No industry has ever limited access to a market like the mobile telecoms industry does. The obstacles the innumerable from the countless number handsets, operating systems APNs, walled gardens, confusion over the data pricing plans etc. On the face of it is unconquerable!

Some would say that we have already reached the tipping point. In 2008 more people will access content from their mobile phones than on the Web. It has already started in Japan, Korea and China and in 2006. In 2006 the industry earned $725 billion. $135 billion of which was mobile data revenues (majority is SMS but over $45billion was mobile content revenues) and revenue growth was 16.8% -$105 billion but this barely scratches the surface of what is to come.

We know that new types of communication are enabled by innovations but that the desire to communicate remains the same.

People want these things when the impulse or need strikes them even if they cannot do it today or cannot conceive of doing it today. They want the ability to have complete choice. Over who they communicate with, when they communicate with them, and in whatever form that communication takes

When the key human desires summoned across the largest market in history are held back by a gridlocked industry ecosystem, the sound you hear in the distance will be the gales of creative destruction. Trutap is at the start of the mobile internet revolution that is happening today.” 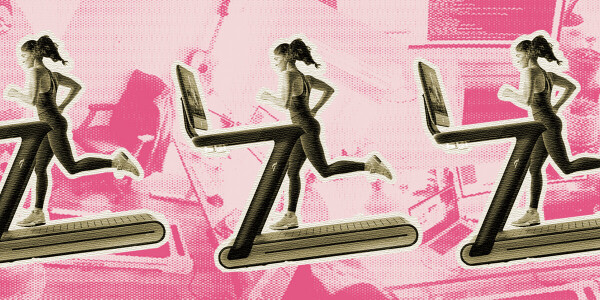