Depending on where you may be looking to rent, a lot of factors can frame your decision. If public transportation is one of them, Trulia’s new tool is perfect for you.

Appropriately named ‘Rent Near Transit,’ the filter lets you see only listings within a 15 minute walk from a transit stop. It also goes as far as the transit system, so the decision on how far to commute versus how much to pay in rent can be made with as much information as you need.

Six cities will have Rent Near Transit at launch

At launch, Rent Near Transit will be available in the following six cities: Boston, Chicago, New York, Philadelphia, San Francisco and Washington, D.C..

If you don’t see your town listed, don’t worry. Trulia tells The Next Web that this is only the initial rollout, and they’ve got more cities planned. It’s also dependent on data; those cities have public transportation systems with APIs Trulia can access, so a broader rollout will also be reliant on how it can source data.

There was also some existing data that contributed to the decision. Trulia is monitoring census data on transit commute times versus driver-friendly cities in 25 major metropolitan markets, and will use what it learns to distribute the tool to new locations.

For instance: Portland, Oregon topped Trulia’s ‘transit friendly’ list, but isn’t involved in the first wave of Rent Near Transit (though TriMet has an API). Similarly, St. Louis, Missouri had a large number of transit riders, but data suggested the traditional 9-5 shift wasn’t as popular in that city, so transit congestion wasn’t as bad there. 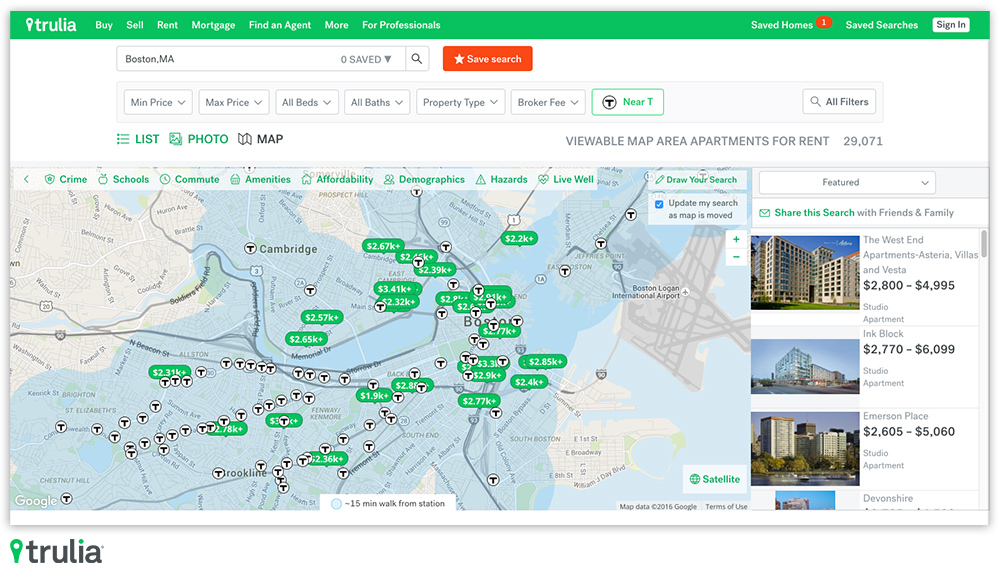 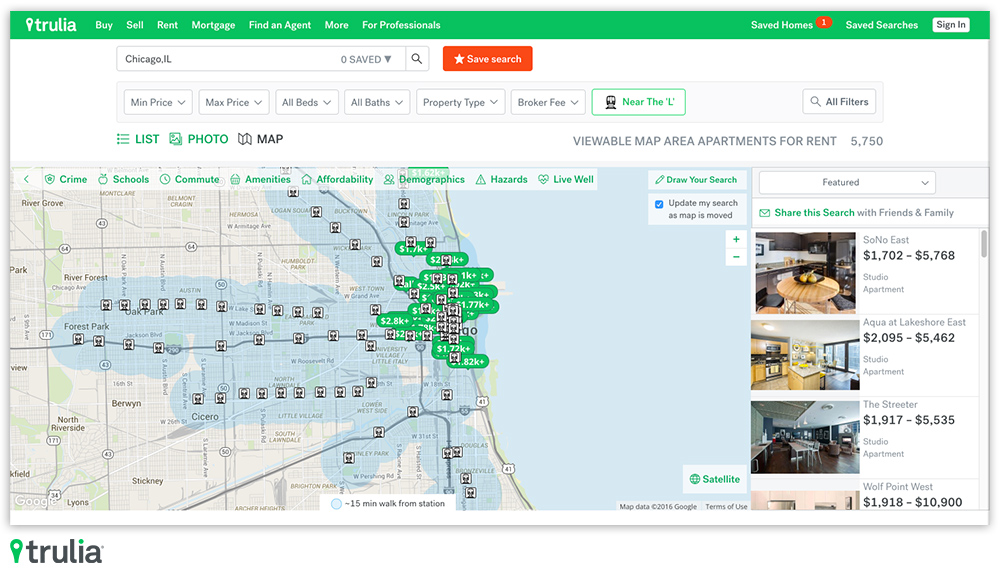 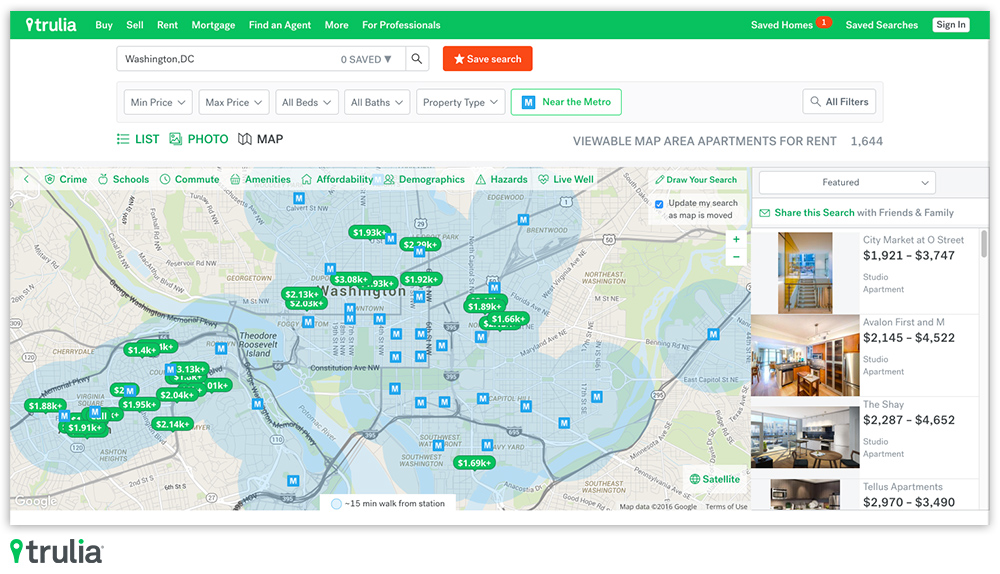 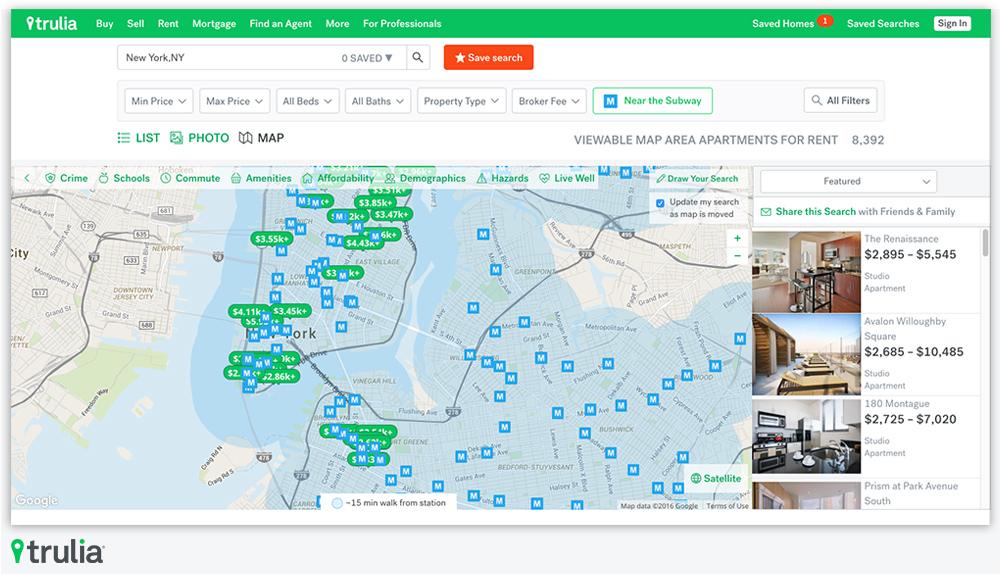 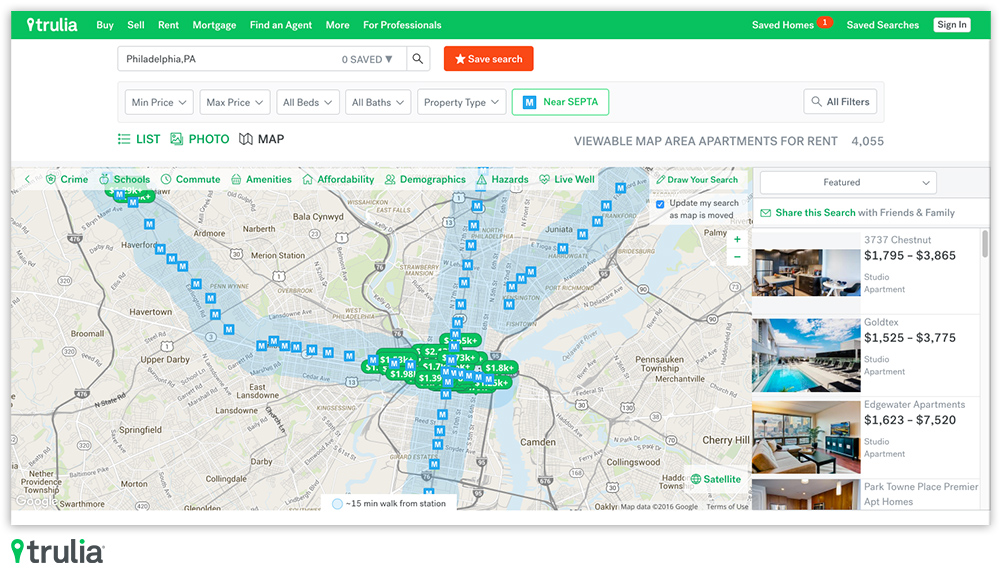 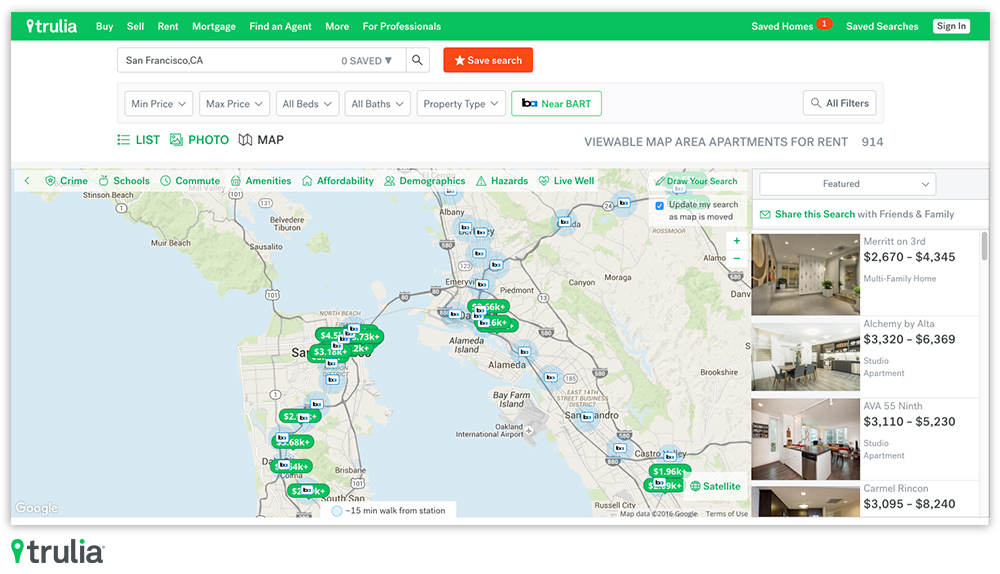 The tool is available on Trulia’s Webpage, so if you’re in one of the lucky six cities — look for it.

Trulia knows it didn’t reinvent the wheel, here, but tells us it’s really more about making it more convenient for its users. Rather than jump around to various Webpages to find transit maps, city maps and apartment locations, you can just find it all in one view.

And if your city is a hotbed of rental activity, those minutes saved may end up landing you the apartment you want.