This article was published on August 3, 2012

Chances are that you’ve seen our posts about startup concepts that we’re selling, along with their respective domain names. Searcle, Intermediads and Userati are the three that we presently have up on the block, and we’re getting close to the sale of Userati so it’s time for an update.

The story here is that we TNW folks are a group of startup junkies and entrepreneurs. Almost every single one of us has had at least one company, and some of us have had several. Sometimes we come up with ideas and we start to flesh them out, only to have them sit by the wayside while we focus elsewhere. Their loss? Your gain.

As a refresher, here’s a look at the three ideas and their respective domain auctions: 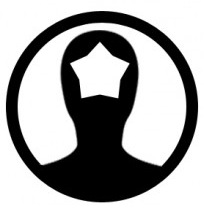 If advertisers could focus on high-profile social accounts, and then work with the owners of those accounts to advertise on them, chances are there would be money in the equation. Userati was the platform by which this idea could work, and we’ve got the full business plan as well as the concept, domain and Twitter profile up for sale. How much? Right now it’s a mere $455 over on Flippa.

The idea for Intermediads was a way to help both advertisers and the sites that they were using to broadcast. Instead of a simple 125×125 button ad, an Intermediad would allow for more dynamic content, which a user could view by clicking on the pop-out box that would happen on mouseover.

The Flippa auction is at $180 right now, but there’s a huge profit potential here for someone with the right technical know-how.

Think of Searcle as a mix of Yahoo, Squidoo, Mahalo and Wikipedia. It was a human-edited search portal that would surface relevant information beyond simple definitions. Right now the auction is sitting at a mere $195 on Flippa, so you’ve still got chance to pick up a great domain at a discount.

Keep in mind that if you win the auction on one of these, you’ll get a follow-up post on TNW. It could be a great, initial shot of publicity for you and it’s almost definitely worth more than what you paid for the domain and all of the assets. Besides, that’s an offer that would never work any other time, so you should get in while you can.

We’ll keep you updated as the auctions close, but for now check out the domains and the posts to get a better idea about them, then place your bids accordingly.