It’s one thing to leave the comforts of a good career to chase your dreams in a startup, it’s entirely another to do so in the brutally difficult world of hardware.

It’s also different from approaching that work as a non-technical founder. And as a woman. While carrying your first child.

Yet sitting down with Tinsel founder Aniyia Williams mere weeks before the surprisingly dramatic birth of her daughter, it’s clear that her laser focus is what got her past those doubts. More than ready to give birth, she was also ready to continue working on the company that inspired her to create wearables for women.

And now, even as a new mom, Williams and her team — along with co-founder Monia Santinello– are continuing to iterate and push ideas to make Tinsel a well-known fashion tech brand.

“At the time I started Tinsel, I definitely wasn’t pregnant,” Williams told me. “But it’s really exciting. It’s a double launch! I’m ready to do two things at once.”

Tinsel was born out of a simple premise: headphones have a very necessary utility to them in listening on the go, but are neither fashionable or particularly easy to keep track of. It was a thought that niggled at her during her time at Voxer, where she was head of marketing. 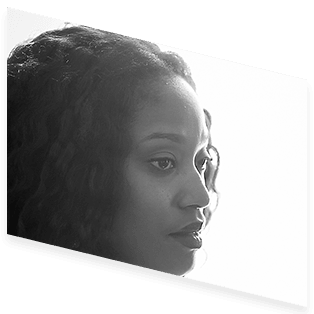 So she thought it would be perfect to house great-sounding earbuds in a necklace like structure to keep them both ready-to-use and inconspicuously fashionable. But, aside from the idea, she had little else to go on — she had never started a business before, let alone created audio hardware.

But the idea for Tinsel never left her mind, so she decided to be bold and chase after that dream.

“My headphones get buried at the bottom of my purse, which is a black hole,” she explained. “I just thought, ‘Man if I could wear my headphones like a necklace, without them looking like headphones, that would be awesome.”

It turns out that her passion for the idea that would become Tinsel quickly became something others rallied around, starting with her former boss, Voxer CEO Tom Katis. What initially began as a simple brain-pick — she’d asked if he knew anyone who would be able to help her achieve her hardware goals — turned into an initial investment and an opportunity to network with Katis’ decades of experience in the Valley.

“So much I’ve learned from this business is about the network,” she explained. “Knowing the person who can introduce you to the person who can make it happen. I was introduced through Tom to Ed Kilduff, our advisor who is also an industrial designer.”

From there, Williams said she put together the leanest startup she could to just get a baseline Minimum Viable Product ready. She rapidly learned aspects of audio engineering to ensure that quality sound and aesthetic, and brushed up on hardware principles to promote efficient manufacturing. She took business meetings to create partnerships and funding opportunities while Santinello kept rigid and judicious control of the budget.

She also did her best to keep her pregnancy under wraps from networkers and investors, concerned that her impending motherhood would dampen excitement for Tinsel or lead others to question her dedication to the brand.

“When I first found out I was pregnant, I was excited and equally terrified: I’m already a black woman, now I have to add pregnant to the list,” she explained. “It was actually ridiculous! People didn’t find out I was pregnant until I was almost six months. I was afraid a person might not take a meeting for me or make an intro for me.”

Through Katis, she began to work closely with a design company, led by designer Lynda Rose, that already had key manufacturing connections in China and aided in the overall design of the project. It was also a remarkably female team, especially on the product side.

Williams, who also is a Board Member for audio engineering non-profit Women’s Audio Mission, said working around women with different backgrounds has led to a strength from within Tinsel.

“A man just doesn’t come from a place of knowing what happens when you wake up in the morning and decide to put on a piece of jewelry,” Williams said. “It’s not just about having the technical chops — it’s about deeply understanding the use case and the demographic.”

The work that Williams, Santinello and their team toiled over for the better part of the year culminated in what is becoming a key part in creating a hardware startup: crowdfunding. The company launched an Indiegogo campaign in the fall for pre-orders of Tinsel’s first product, named The Dipper, to not only get some extra money to the business but also prove to potential investors that Williams had truly found a market worth backing.

“So many investors wanted to see the Indiegogo campaign and see that people wanted to buy the product,” Williams explained. “It’s now such a common barrier to entry.”

But it worked and the company raised more than their goal of $50k in pre-orders, enough for the team to go back to the drawing board and refine the product one more time before it sending them to hands of backers.

Williams excitedly showed me the new form factor for The Dipper, which was announced to backers this week. Based on feedback made directly from backers, the new necklace is a little sleeker, with earbuds replaced by soft-tip earphones. The final piece will have high fashion metal plating, which makes The Dipper look like an actual pendant necklace.

“The price point is going to be $199 retail, and the actual fabrication process isn’t an easy feat,” she explained. “To get the sound quality we wanted for a $200 pair of headphones, we’re happy with the way this new model has turned out.”

The company continues to move at full steam ahead, even as Williams recovers from an emergency delivery of her baby in her San Francisco home, working on producing the first Tinsel and chasing after a bluetooth-ready wearable for the near future.

“We wanted to straddle the line between something people really know and are comfortable with, and something that is completely new, surprising, fun and beautiful,” she said.

The company plans to ship The Dipper in spring of this year.