The phrase ‘Netflix and chill’ is quickly becoming part of the cultural lexicon. For anyone that’s been hiding under a rock, it basically means “hooking up.”

It didn’t always have that connotation attached though. Like all internet-fuelled sayings, it started off as an innocent phrase before being bent out of shape on Tumblr and virtually every other social media platform.

The very first tweet about the term dates back to 2009, five years before it garnered its subliminal meaning:

I'm about to log onto Netflix and chill for the rest of the night.

It wasn’t until a ‘Netflix and chill’ starter pack was posted on Tumblr and Twitter in November last year that the meme came to life.

It’s now nearly impossible to distinguish between the innocent posts about enjoying a night of Netflix from ones with ulterior plans.

Confirming its place in the vernacular, the phrase was added to Urban Dictionary this year and is now one of the most searched phrases associated with the streaming site. 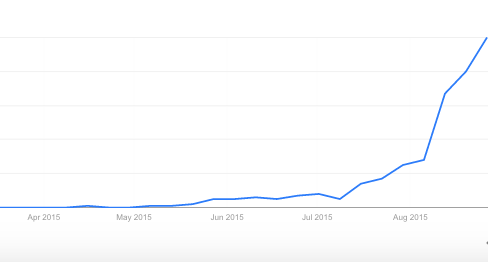 That got me thinking, why doesn’t Netflix capitalize on the idea? Sure, it might seem a little seedy at first, but it could potentially give other hook-up apps like Tinder a run for their money and become one of the best matchmakers of this day.

As well as sorting out some dates, it could also become a companion app for people who are having a movie night. I can see ‘Netflix and chill’ pop-up screenings, meet-ups, pub quizzes. Heck, I can even see a ‘Netflix and chill’ marketing campaign around Valentine’s Day.

A Netflix original app would be much more effective in theory as the level of data it could access for analysis would be greater than any third-party app, but the company would need to act fast. There are already some innovative developers already planning on making the dream come true.

Netfling and Binger are just two apps in development at the moment that aim to match people with their perfect couch partners.

Perhaps this post on its Tumblr page is a clue that something is in the works.

I mean, real love is about finding someone who’s willing to watch ALL the documentaries on Netflix with you anyway… Right?