This week in social media has certainly had its ups and downs. An up was celebrating the original social media darling, Twitter’s sixth birthday.

The very same social network made headlines for some of its users for some pretty negative reasons, as a publicly tweeted argument snowballed with Geeklist coming under attack for the way its founders handled being called out for a sexist advert.

For more detail on these stories, and more, read on.

With Twitter celebrating its sixth birthday this week, there was quite a look of looking back on how the platform has grown.

It’s hard to believe that in the space of six years, the social network has grown to over 140 million active users, with over 340 million tweets posted every day.

Some other fun facts that were shared with users on the occasion included:

It took Twitter 3 years, 2 months and 1 day to reach the first billion tweets, and it took about 18 months for the first 500,000 users to sign up. It was only back in September that Twitter reached 100 million active users, and now it has grown wildly fast, thanks in part to its iOS integration.

The social network has come a long way since co-founder Jack Dorsey was setting up his ‘twttr’ account, and now every major brand, news source or celebrity has a Twitter presence.

The Guardian took an interesting approach to its birthday coverage, sharing some of the biggest users’ first tweets.

Some of the tweets featured by The Guardian include Oprah Winfrey’s first tweet, where she was feeling very “21st century” but also apparently unable to locate her caps lock button:

And please people, don’t do anything silly like going outside during hurricane to have sex. Tell u’re friends you did it, but don’t do it.

Jimmy Kimmel chose to celebrate Twitter’s birthday by having celebrities read out some of the meanest replies they’ve received on Twitter.

With the likes of Will Ferrell, Jason Bateman and Louis CK taking part in the video, it’s a hilarious reminder that some celebrities do actually run their own Twitter accounts, and are likely reading all the insults, fawning compliments, and the hard-to-miss groveling tweets, begging them for a follow back.

Right before the festivities began, Twitter announced that advertising will be making a slightly more obvious appearance in the platform’s mobile experience.

Twitter argument opens up a ‘sexism in Tech’ can of worms

It was hard to avoid a wave of accusations of sexism online, amplified no doubt, by the presence of social media. The story certainly caused quite a few ripples in the tech blog space, and TNW’s Brad McCarty gave his view on the topic – and that is – that we need to stop talking about it.

In the case of Sqoot, social media certainly highlighted the issue, but it was Geeklist that really got the brunt of the social media whack, since the entire episode took place on Twitter, and has been storified for posterity, a reminder that “on Twitter, everybody can see you destroy your brand.”

Geeklist founders have since apologised (sort of) for the public spat, and the apology was also very publicly dissected on Twitter.

Thinking back before the days when a problem would be whipped up so quickly and publicly, I don’t think that companies would have been anywhere near as open to further discussion on their own site. It would have been seen as a way to suffer further humiliation. Companies can also still choose not to open that door, so there is something to be said for the ability to learn from further engagement.

Social media is a double edged sword – making it easy for a story to spiral out of control, but also making it possible to search for a solution.

The founders have since set out on a path that, misguided as it is, attempts to do something to rectify the situation, dedicating the coming month to Women in Tech. While the move has gone down well in some circles, the very need for the label shows that maybe Geeklist still doesn’t entirely get it.

At the end of the day, an entire month for women in tech, or any other field for that matter, is just another way of placing a thin but obvious line between them and their male counterparts, which defeats the purpose.

On Forbes, Rachel Balik writes about the real problem:

In the past week, social media has simply shone a light on what the tech environment is really like. Women put up with sexism, offensive remarks and intimidation all the time in the workplace, especially in male-dominated fields and at start-ups, where HR often doesn’t exist. Many of them may not be as fearless, determined and perceptive as Shanley. That means they’re often either suffering in silence–or giving up.

Facebook spoke out against the practice that has been beginning to pick up steam among prospective employers and universities – asking applicants to hand over not only access to their Facebook accounts, but to their passwords as well.

At the beginning of the month, the story emerged. US employers and universities have been asking applicants to hand over their passwords if they want to be considered. Among the agencies known to have used this practice at one point or another are Maryland’s Department of Corrections and the University of North Carolina.

According to MSN, a passage in the University of North Carolina’s student handbook, referring to student-athletes, reads:

“Each team must identify at least one coach or administrator who is responsible for having access to and regularly monitoring the content of team members’ social networking sites and postings. The athletics department also reserves the right to have other staff members monitor athletes’ posts.”

This week Facebook spoke out against the practice in a statement posted this past Friday. In it, Facebook said:

As a user, you shouldn’t be forced to share your private information and communications just to get a job. And as the friend of a user, you shouldn’t have to worry that your private information or communications will be revealed to someone you don’t know and didn’t intend to share with just because that user is looking for a job.  That’s why we’ve made it a violation of Facebook’s Statement of Rights and Responsibilities to share or solicit a Facebook password.

Facebook has since clarified that it intends to engage policy makers to ensure that the practice comes to an end. In a second statement, Facebook said:

While we do not have any immediate plans to take legal action against any specific employers, we look forward to engaging with policy makers and other stakeholders, to help better safeguard the privacy of our users.

Instagram made pretty big headlines twice this week. First when it made the surprising move of opening up posting access for the very first time to a third party app. The surprising part was the fact that that app happened to be a competitor – Hisptamatic.

Speaking about the reasoning behind the agreement, Instagram CEO Kevin Systrom told FastCompany, “Really it all comes down to this: People post Hipstamatic photos on Instagram all the time, and we just want to make that experience easier.” 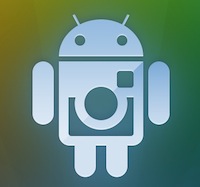 For Hipstamatic, a paid app, will now get a bit of free advertising every time an image is posted to Instagram using the app.

The second, far bigger Instagram announcement, was the fact that the photo sharing social network is finally coming to Instagram. Really. While we still don’t have a date to pin our Android hopes on, we at least now have a registration page for users to get in line for the long-awaited app.

Want to keep up with our weekly social media roundups? Check them out here.