This article was published on February 7, 2018

Can a virtual keyboard foster positive self-esteem in girls? The Finnish branch of humanitarian agency Plan International thinks so, and has built a new Android keyboard called Sheboard. When installed, it offers empowering word suggestions.

So, when you type “Women,” the next word it offers is “lead.” Women lead. Typing “Girls” suggests “rule” for the subsequent word, while “My daughter is” either “strong” or “good”. You can see some examples in the gallery below. 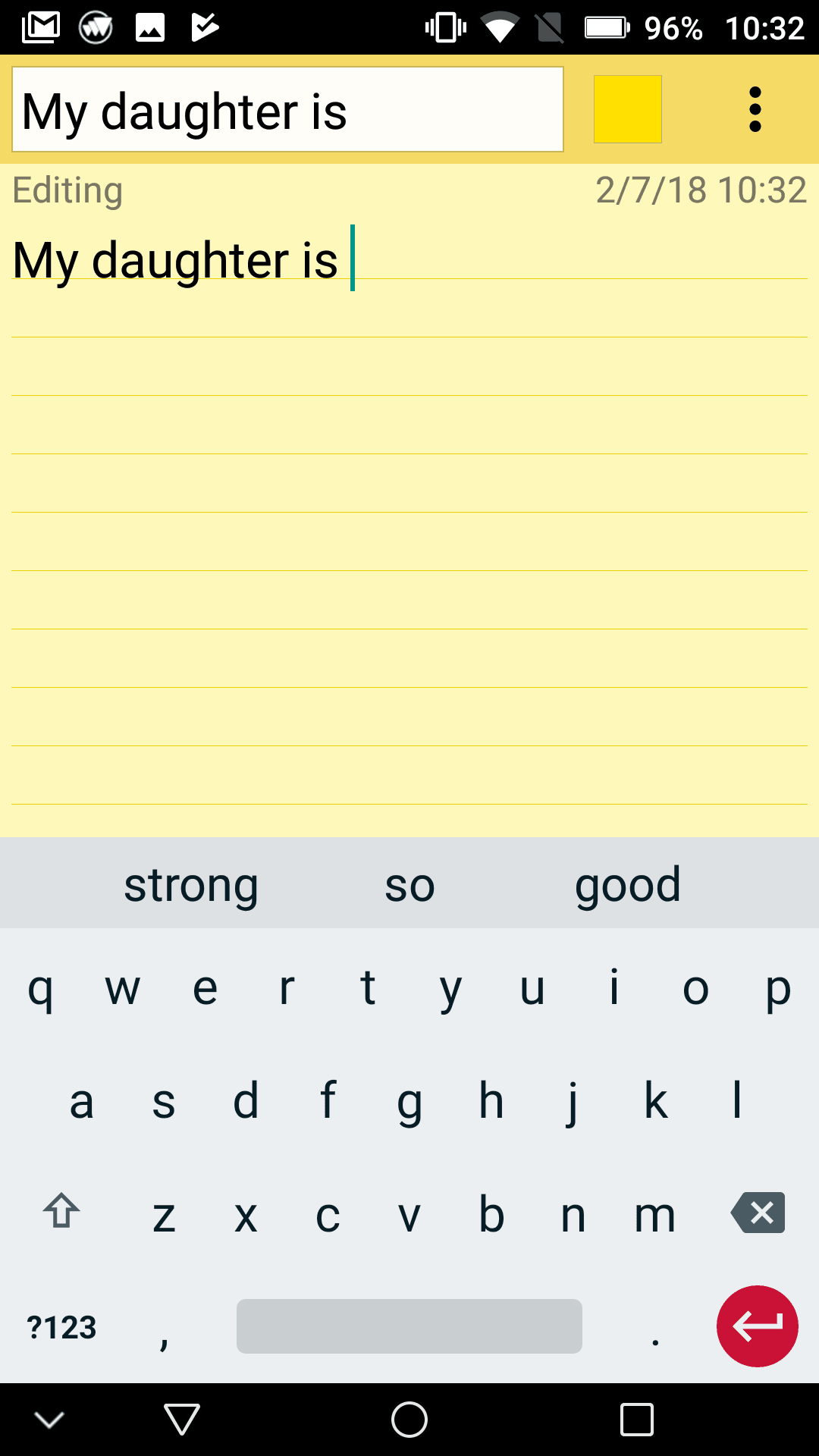 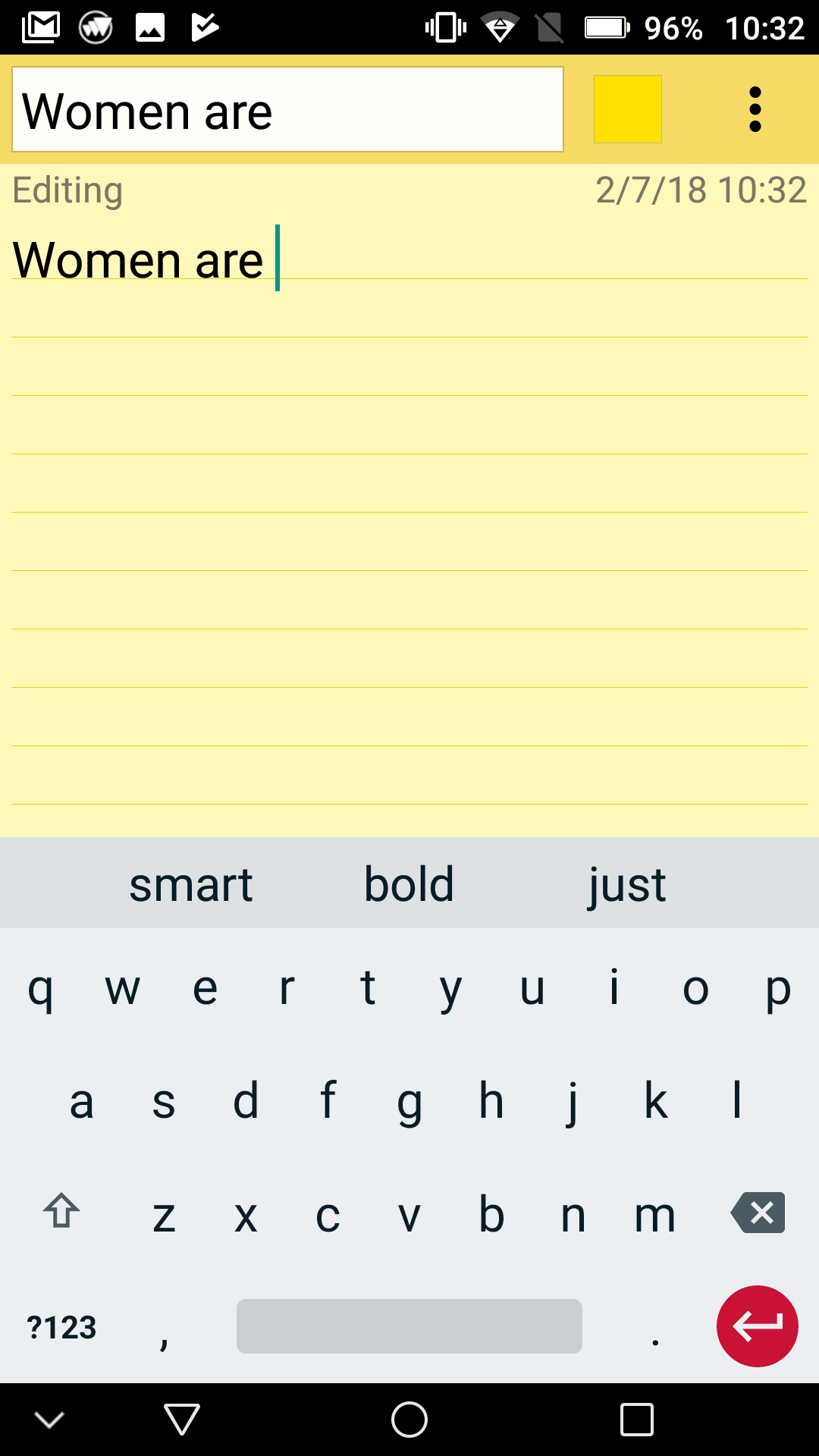 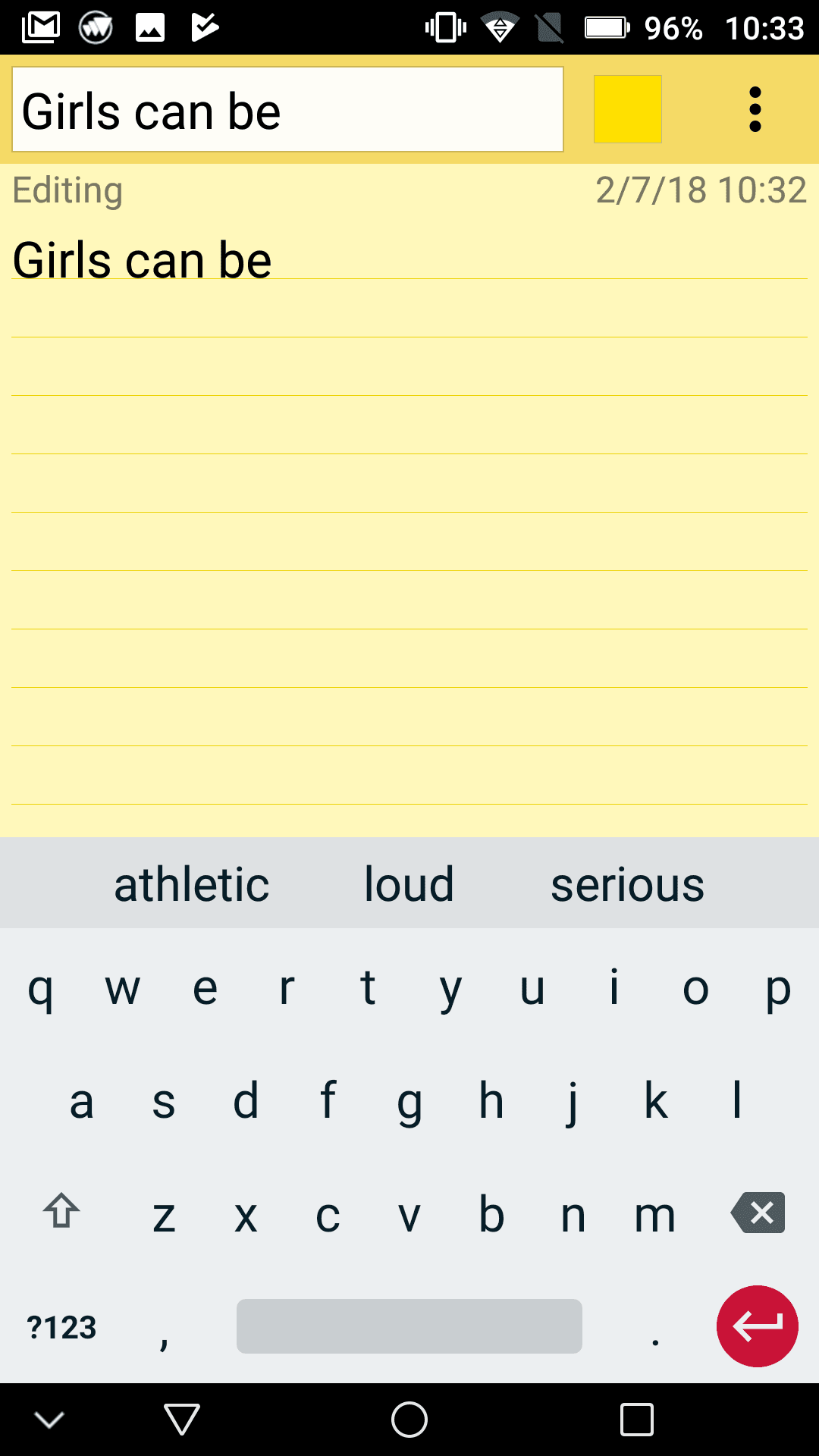 Sheboard raises an interesting question: if we change our use of language regarding young girls into one that emphasizes strength and capacity, will it change the way they think about themselves? Will it allow them to become bolder, more confident people?

That’s the idea, at least. And with that in mind, Plan says it aims Sheboard at the parents and siblings of young girls. If the affirmative language comes from someone close to the child, perhaps it’ll have a more resounding impact.

The charity says it hopes Sheboard finds an audience amongst girls themselves, believing that it can reach them through the channels they themselves use.

Nora Lindström, Global coordinator for digital development at Plan International, says: “Technological innovations won’t in themselves change harmful, gender-stereotypical behavior, but they can help raise awareness of these issues and support the equal treatment of girls and women.”

The concept comes from Finnish creative agency Hasan & Partners, working with Plan International Finland. Samsung Electronics Nordics helped in the implementation of the idea, which is available from the Google Play Store right now.