The magical mystery of Christmas is sort of lost on my family when it comes to predicting which presents we should be snagging for one another. Aside from just being completely upfront with each other about what we want — I told my mother plainly about a space heater I’d like for my San Francisco apartment this year — we also take advantage of easy-peasy online sites like Amazon, an Internet retailer which provides fantastic wish lists to take the guesswork out of gifting.

I suppose, however, that this system isn’t very “Christmas-like”. As awesome as actually getting what I want for Christmas is (versus receiving five different art and writing sets every year from family members who lack in the creativity department), our gift-giving method could stand to use a dash of holiday spirit.

Who in the world is Nordstrom Santa?

Oh, well I’m glad you asked. Nordstrom Santa is the brainchild of Seattle-based retailer, Nordstrom. It’s a project that begins with a Facebook app designed to help you hint at which gifts you’d like through social sites like Twitter (or Facebook, obviously), while simultaneously putting a holiday-induced smile on the face of those you might be requesting presents from.

Bam, you’re done. I chose to send a gift request to one of our editors here on The Next Web. Here’s what the result looks like on Twitter:

Awesome. Thanks, Nordstrom Santa! Maybe I’ll get that cool (or warm?) cashmere sweater after all.

From the consumer perspective, Nordstrom Santa provides an easy way to surf through a pre-selected catalog of cool presents while effortlessly suggesting these sought-after items to those we know in a cute and modern way. On the flip side and from a marketing point of view, this campaign serves as an interactive strategy to collect more Facebook fans and grow the community of Nordstrom’s social presence while hopefully increasing sales. But how? 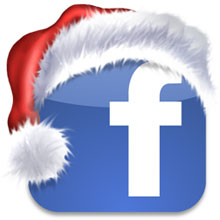 When Alex clicks the link provided by Nordstrom Santa on Twitter, he is redirected to Nordstrom’s Facebook page where he’ll then have to “Like” the brand in order to see which present I’m requesting. From here, he’ll easily be able to purchase the present for me through Nordstrom’s site.

It’s a trap, of course, because once he’s reached this page, he is assaulted by bold, red and eye-catching text that reads, “You can also enter for a chance to win a $500 Nordstrom Gift Card!” And all he has to do to enter the contest is send someone else a gift request through Nordstrom Santa, which means the next person Alex reaches out to will also be redirected to Nordstrom’s Facebook page, and the cycle will continue forever and ever. Or it should, if all goes according to plan. Pretty genius, right?

Why this tactic works

To put it plainly, everyone loves free stuff (assuming, of course, that you are not a jaded marketer who simultaneously hates and loves the corporate man for using contests and Santa to lure in Facebook fans). If entering a contest to win a $500 gift card is as easy as typing in two Twitter handles and liking a Facebook page, the cheap-stuff-loving masses are sure to come in swarms.

Another reason this works is because people tend to enjoy current and topical things, the theme for this particular campaign obviously being Christmas. In another example of current and topical social campaigns, EA Sports took advantage of a soccer match between Totthenham and Arsenal in early October when much of organic Twitter conversation revolved heavily around the sport. Utilizing the natural soccer chatter, EA chose this time to run its FIFA 12 video game campaign through promoted tweets. 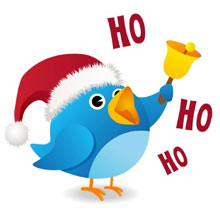 “EA’s triumphant social strategy has not only surpassed average engagement levels, but has also managed to boost the EA Sports FIFA account’s Twitter following by around 25%, totaling it at just over 107,000 followers at the time of this posting.”

The Nordstrom Santa project does something similar, promoting its website at a time when shoppers are most likely to be talking about Santa, Christmas and gift-giving through social channels like Twitter or Facebook. It’s always nice to see brands taking advantage of the holidays in new and creative ways. For a retailer like Nordstrom — which currently has over 1.1 million Facebook fans out of Facebook’s untapped 800 million — this new gift-giving strategy is sure to provide just the boost it needs for the Christmas season.

Oh, and Alex. If you’re reading this, I wasn’t kidding about that cashmere sweater. Hint, hint.