It’s usually a good thing when technology and creativity intersect, and that’s why it’s so easy to love projects like Bear 71, which surpasses everything I previously believed was possible to do with a documentary.

Produced by the National Film Board of Canada’s digital studio, the documentary is constructed as an interactive online experience that observes and records the intersection of humans, nature and technology.

The story follows a female grizzly bear, named Bear 71 by the park rangers who track her. The bear’s story speaks to how we coexist with wildlife in an age of networks, surveillance and digital information, and blurs the line between the wild and wired worlds. 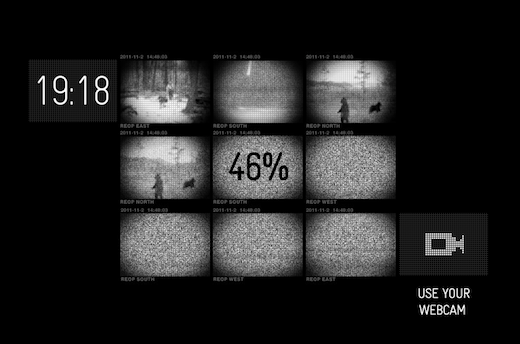 Audiences from around the world are invited to use their smartphones to become a part of the interactive forest environment…and be present virtually at Sundance.

The live installation is a unique experience that harnesses facial detection software, augmented reality, motion sensors, wireless trail-cam QR codes, projection and data visualization. Festival goers (and website users) become animals who are tracked within the story world of Bear 71 and captured via photos placed on a surveillance wall.

Filmmaker Leanne Allison co-directed the documentary, and explains that this piece serves two purposes. It follows “the story of this bear’s life, but [is also] a commentary of how so much of our lives are seen through this filter of technology.”

Bear 71 raises serious questions and issues about surveillance, conservation and human/animal interaction. Has technology fundamentally changed the way we interact with the wild? How can we make sure tech continues to help us understand nature without intruding on it? Let us know in the comments below!

➤  Bear 71, online and as an installation at the Sundance Film Festival