A San Francisco resident payed homage to failed startups by erecting tombstones in their honor last night. Trick-or-treaters near Mission Dolores Park got to witness a graveyard of startups taken from the world too soon.

All told, the display featured 12 tombstones, each made of styrofoam and painted gray by the prank’s mastermind, former startup employee Evan Hynes. “I asked myself, what’s the scariest thing that can happen to an employee at a startup?” the 26-year-old told SFGATE. His answer: “Finding out that your two percent stake in a blockchain-based smart juice company is actually worthless.” 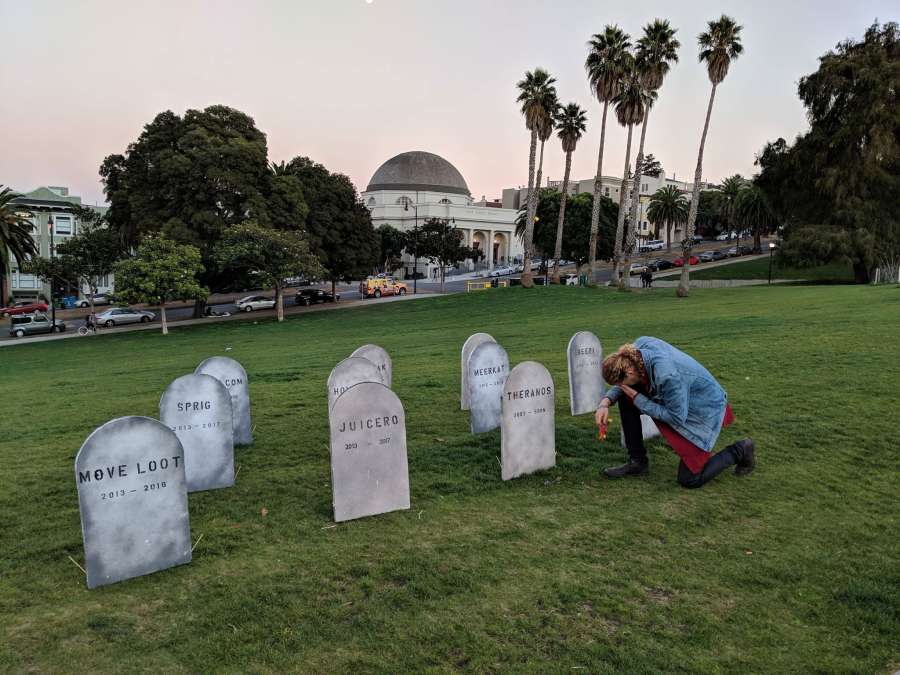 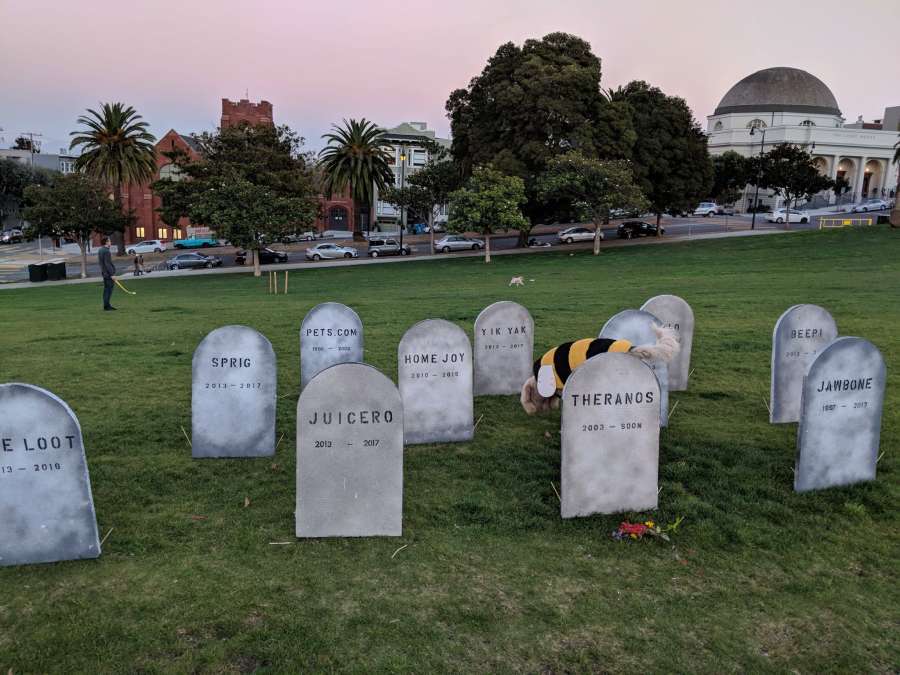 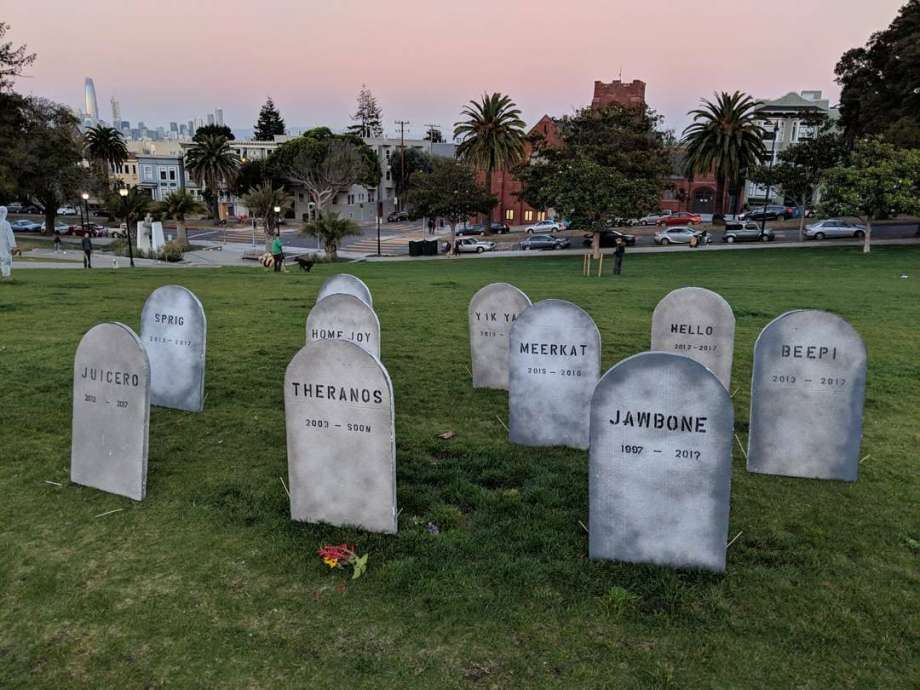 As for the companies featured, there’s Juicero, the company that sold a worthless juicer for $400. Theranos, which isn’t actually defunct, but might as well be. And a handful of others, each offering varying levels of usefulness, not that it matters now.

After a few hours, park rangers asked Hynes to take down the display.