The Internet of everything is all the rage now in the tech scene — especially after Google pumped in a hefty $3.2 billion to acquire smart home device maker Nest, one of the hottest brands in the connected home space. This was also a major theme at CES earlier this month.

As new solutions continually pop up in a bid for more control over your home, Petnet, a smart pet-device maker based in Los Angeles, intends for its connected devices to make a difference to your dogs and cats.

Petnet already has a flagship product scheduled to ship to customers in mid-2014 — an intelligent pet feeder called the Petnet SmartFeeder. The SmartFeeder goes beyond just an automated food dispenser — it has sensors, learning algorithms and processing power to assess the dietary requirements of a pet, create a custom feeding schedule in line with those needs, and alert pet owners when their pet has been fed.

Petnet CEO and co-founder Carlos Herrera tells TNW that essentially Petnet wants to solve another chore that presents itself to pet owners:

It’s not hard, anybody can Google and figure out the right nutritional method for the pet, but the challenge is that it’s another task. It’s something that you have to put some effort into, you have to be disciplined as a pet owner to feed your pet the right amount every day. So it’s one of those chores that is better suited for a machine.

He also explains that as the Internet of everything concept slowly becomes more mainstream, people are going to expect more to have the convenience brought about by such smart devices — and “managing your pets’ food is just one of these things that makes a lot of sense.” The SmartFeeder can be accessed and controlled via an app on any smartphone, tablet or computer, which means you can manage your pet’s feeding remotely and monitor related data that is available in the palm of your hand — even while you’re traveling home on the train, or get stuck at work.

But from an investor’s perspective, what is so attractive about the pet industry?

However, a lot of pet owners don’t have the information or time to properly manage their pet’s diet, which leads to numerous health problems. Herrera notes that an estimated 54 percent of dogs and cats in the US are overweight or obese due to overeating, which stems from the way pet owners feed them. He tells us:

The dietary needs of a pet change from day to day. If your pet does a lot of activity today, for instance, then you should feed him more food today to account for the calories. If your pet is less active today, you should feed him less. Additionally, according to the weather — if it’s hot or cold — the calorie input and output should change. It’s very much like humans. Also age changes, so when your pet is a puppy, he will have different dietary needs than when your pet is older.

Interestingly enough, Petnet’s founding team crossed over from drone manufacturing. Herrera was formerly a director of product development for air drones at California-based DreamHammer — but he says the consumer industry is a lot easier to market to — and that ultimately they’re applying the same technologies to control a device remotely, whether it’s a drone or pet feeder.

PetNet is a combination of different technologies — we have cloud-based infrastructure, we have these hardware devices, the first one being the SmartFeeder, and then we have embedded software that runs artificial intelligence algorithms, and with these hardware devices we also have sensors. With all these capabilities, we can really get down to the pet and benefit the pet some way, somehow.

Petnet has already chalked up more than 10,000 orders from 88 different countries for its SmartFeeder, which is retailing for $249 but is going now for a promotional price of $200 — and all these orders have come from organic means. The company hasn’t paid for any advertising yet, though Herrera says he will do so in the near future. 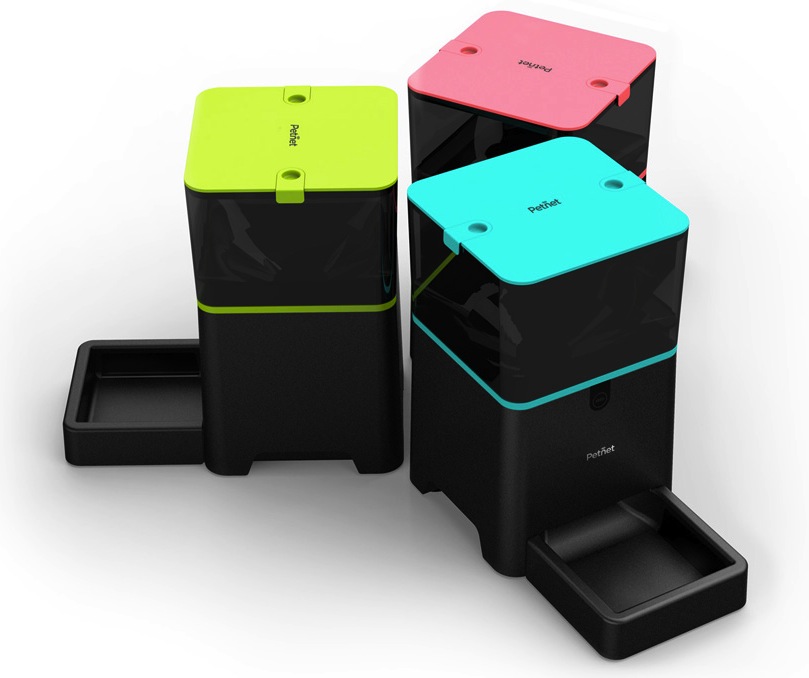 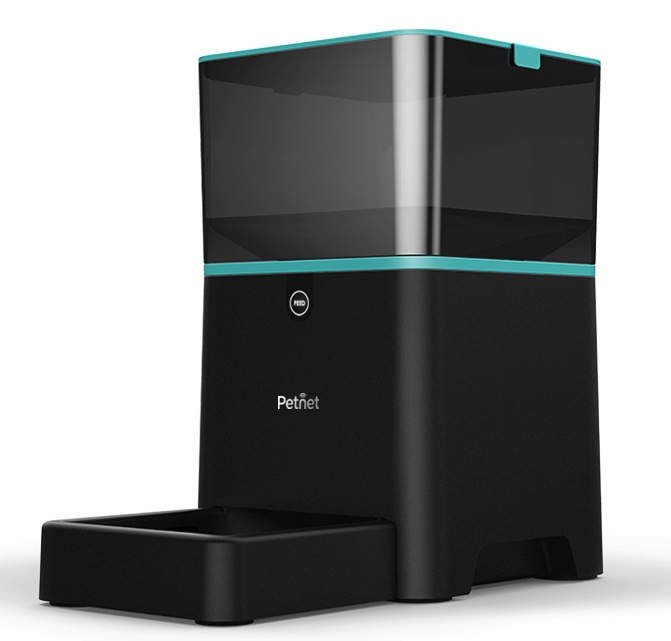 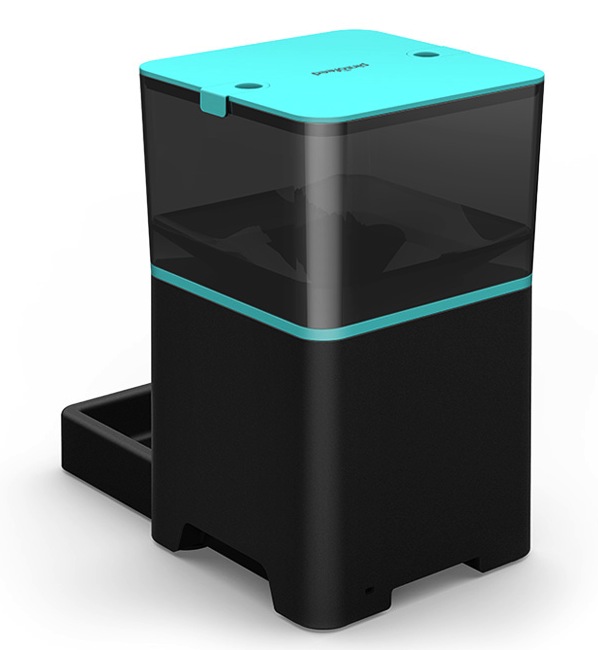 The SmartBowl is essentially a traditional pet bowl, but with sensors, so you can pour the food manually but the bowl tells you when to stop, as it is programmed to understand how much your pet should eat that day for that particular meal. Herrera explains that the SmartBowl is aimed at a different kind of pet owner:

With the SmartFeeder, you don’t have to pour (the food). The machine pours for you. Whereas for the SmartBowl, you have to pour it yourself. It’s interesting because pet owners, or actually everyone in general — they like technology, but they’re afraid of automation. We’re not at a point where everyone can accept automation at home, so we have these two products: one has automation and one doesn’t.

Our goal is to reach both types of customers — those who like the interaction with their pet, or those who prefer having a machine to do the chore.

There is no doubt already competition in the smart pet-feeder space — for example there’s one from South Korea called SinglePet — but one of the investors in Petnet’s funding round, SparkLabs Global Ventures, revealed to TNW that they thought “Petnet’s overall product and strategy was a better approach.”

Herrera also acknowledges the competition, but notes that his company is aiming to be more than just a smart feeder.

Right now we just have one product, but we’re intending to release more products and all these products will be integrated together, so imagine a set of products in the home that are all talking to each other without human interaction. You have one device talking directly to another device, and you have the Internet of everything where the human doesn’t have to be involved — these machines, these robots can all talk to each other. So we’re building that infrastructure that effectively what PetNet. So the feeder itself is just one piece.

He teased future plans for a product to measure how many calories the pet is using. What comes to mind is something like a fitness tracker, though Herrera emphasizes that it would only be on the dietary perspective and not have an exercise component.

Eventually, Petnet also aims to provide pet owners with insights about all the brands of pet food on the market — so the Petnet system can help to understand what’s inside the food including details such as nutrition and calories. Given that they already have a global mix of customers, this can be tricky — and part of the funding raised will go to such research. Of course, money will need to go to manufacturing, as well as marketing its products.

It is interesting to see how the Internet of everything could make a difference in people’s lives — and now even in the lives of domestic dogs and cats — and Petnet could just be on the brink of bringing change to an industry that has honestly been kind of stagnant so far.

For example, I typically feed my dog how much I think he should be fed, but am left with doubts about whether he’s being overfed or underfed. And when it comes to another family member’s turn to feed my dog, he/she will feed a different amount.  Applying new technologies to make the process smarter holds a lot of potential for us to become much more enlightened on the way we care for our pets.