It is only fitting that the latest citizen journalist app, Signal, is coming right out of the Middle East, courtesy of Lebanese entrepreneur, Mark Malkoun. No area in the world has highlighted the effect of citizen journalism more effectively, this past year, than this region.

In Syria, Bambuser videos were a source of footage for mainstream media including the BBC, CNN and Al Jazeera, leading to the app being blocked in the country, and in Egypt, Twitter was used to disseminate information from the heart of Tahrir Square at the height of the uprising. 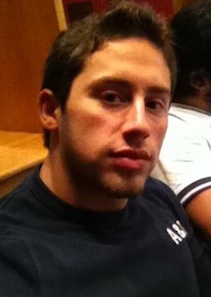 Events in the region were part of Mark’s drive to create the app, “Signal was definitely inspired by the Arab Spring, and more precisely from a personal desire to get a simple way of seeing what’s happening around you straight from the people.”

He adds, “Users are already using their cell phones to take pictures of interesting things they encounter and posting them to social networks, or sending them to traditional news corporation like CNN iReport.”

Mark felt that by placing an app in the audience’s hands, he could add a level of impartiality.

“Traditional news is centralized and can be slow or biased,” he says, “And existing social networks tend to be news about friends, people, or brands, and are not suitable for on-the-ground events. We needed an app that simply shows you the most important happenings in your country or the world and that’s how Signal was created.”

CNN has already come under harsh criticism for letting go of professional journalists in favour of simply depending on citizen journalists, but apps like Signal put the power firmly back in the hands of the people.

The iPhone app will launch to a Lebanese audience this month, but the service will be opening to more regions and countries with time, and Android users can also expect a version in the near future. Mark explains the approach, “Our plan is to move slowly but surely, as we face many challenges, including language.”

Sharing your story with the world

So once it launches, what exactly will Signal be offering users? Mark tells us, “Signal is an iPhone application that allows users to create mini-stories by capturing real-world events through cameras and geo-location, and have the community vote for these mini-stories to derive the top ones.”

He explains, “The final result is an app that shows you the top stories of any country of the world, completely created and voted by the users in a systematic decentralized way.”

While at the moment content creation is limited to photographs, Mark does intend to add video into the mix in a future release.

A vital feature that has to be taken into consideration for any citizen journalist is privacy. Photographs that reveal a person’s exact location could put them at risk, and this has been taken into account with the creation of Signal.

Mark tells us, “With Signal, we only allow geo-tagged photos to be used in our system in order to maintain the quality of the information, however it does not have to be a picture you just took right now, it can be as old as 72 hours, and so your current location does not necessarily match the location of the image.”

A more robust privacy feature can also be expected from Signal in the future, “That means we use the geo-location to determine in which country to publish the story, but we do not display it to protect the user depending on the situation,” Mark says.

Signal takes a democratic Reddit-like approach to how stories reach the top of the leaderboard. Users up-vote the stories that they find interesting, and so the app not only becomes a means of disseminating information, it also becomes a tool to measure which stories are more interesting to an audience.

The choice to use an up-voting system was an obvious one for Mark.

He says, “If you want to create a complete news solution, you need a way to filter the stories by importance. Instead of having a small group of people deciding what’s important for us and what is not, we created a democratic voting system to give this privilege back to the users.”

Do we need a dedicated app?

Twitter has proven, through no effort of its own, to be an excellent citizen journalism tool, albeit one with its own set of shortcomings. Mainstream networks like Al Jazeera were among the first to take notice of the power that Twitter has in providing minute-by-minute information on the ground, with a dedicated segment on its TV channel and a Twitter dashboard available on its website.

The question remains, is there space for a new and dedicated app in this space? Mark’s answer is a resounding yes, “Citizen journalism is happening through any medium, as long as someone is witnessing something and has the power to let the word out.”

“Social networks like Twitter were not initially designed for citizen journalism, but mainly for short updates from the people or brands you follow. If a fire or a protest is happening 3 miles away from us, Twitter will not inform us about it unless we happen to follow someone who is there, or if we search for the event, but that means someone else already told us about it.”

Another shortcoming Mark points out is the the fact that information, or a specific hashtag, on Twitter often becomes flooded with opinion, retweets, or other irrelevant information:

“Even while searching for an event, someone in China or in Australia can be tweeting about it and it becomes more of a noisy opinion platform than an actual citizen journalism network. With Signal, as soon as you open the app, it will give you the most important happenings in your country or any other place in the world, and only the users who are present in the same time and location can add pictures to that event.”

Signal’s geolocation feature sets it apart from other similar options, making it a truly valuable tool when it comes to finding verified information from all over the world.

“Signal is a complete news solution,” Mark explains, “That starts with the creation of the event, the verification process, to the voting and election of the top stories, to the distribution channel based on geographic locations… The best part is that it’s very simple to use!”