Before I get into this review, I want to get one thing straight. I am not a photographer.

I didn’t study photography at school. I haven’t done any classes. I don’t have a side-gig shooting weddings and bar mitzvahs. I have a relatively decent Nikon DSLR which I primarily use for product review photos and travel snaps. I still use the kit lens. As far as my camera usage is concerned, I’m an Average Joe. Much like, I assume, you.

There’s an entire market of people who want to take great photographs, and need something with a bit more power than a point-and-shoot or smartphone. This market has traditionally been served by Nikon and Canon’s entry-level DSLR cameras, as well as offerings by Panasonic and Sony. And now there’s a new contender from Chinese manufacturer Yi, called the Yi M1.

A brave (and cheap) new hope

The same model in the United States costs $499. That’s a bit of a leap, admittedly, but it’s pretty reasonable when you consider that there’s import duties and transportation costs.

You can also get a model with an additional 42.5mm fixed lens with an F/1.8 aperture for an extra $200 on Amazon. This is the model which I will be reviewing.

But this only really matters if the camera itself is actually any good. And well? I most certainly like to think it is.

Hands on with the Yi M1

I’ve been playing with the Yi M1 for a while now. My review loaner model shipped from China a few weeks before it launched in the United States. During this time, I’ve studied it’s weaknesses and it’s strengths. Fortunately, there’s more of the latter than the former.

First, let’s see what the camera body can do. It boasts the following specifications:

Impressive. But these only tell part of the story. To get the full picture (no pun intended), you’ve got to use it.

At first, I was pretty skeptical. After all, $330 is not a lot of money to spend on a mirrorless camera. You could be forgiven for assuming that corners would have been cut somewhere. But that just wasn’t the case.

Let’s start by looking at build quality. This thing is built like a brick house. I mean it’s sturdy as hell. When in the hand, it feels strong and rugged. You can toss it in a backpack without worrying that it’ll emerge all scuffed and scratched. 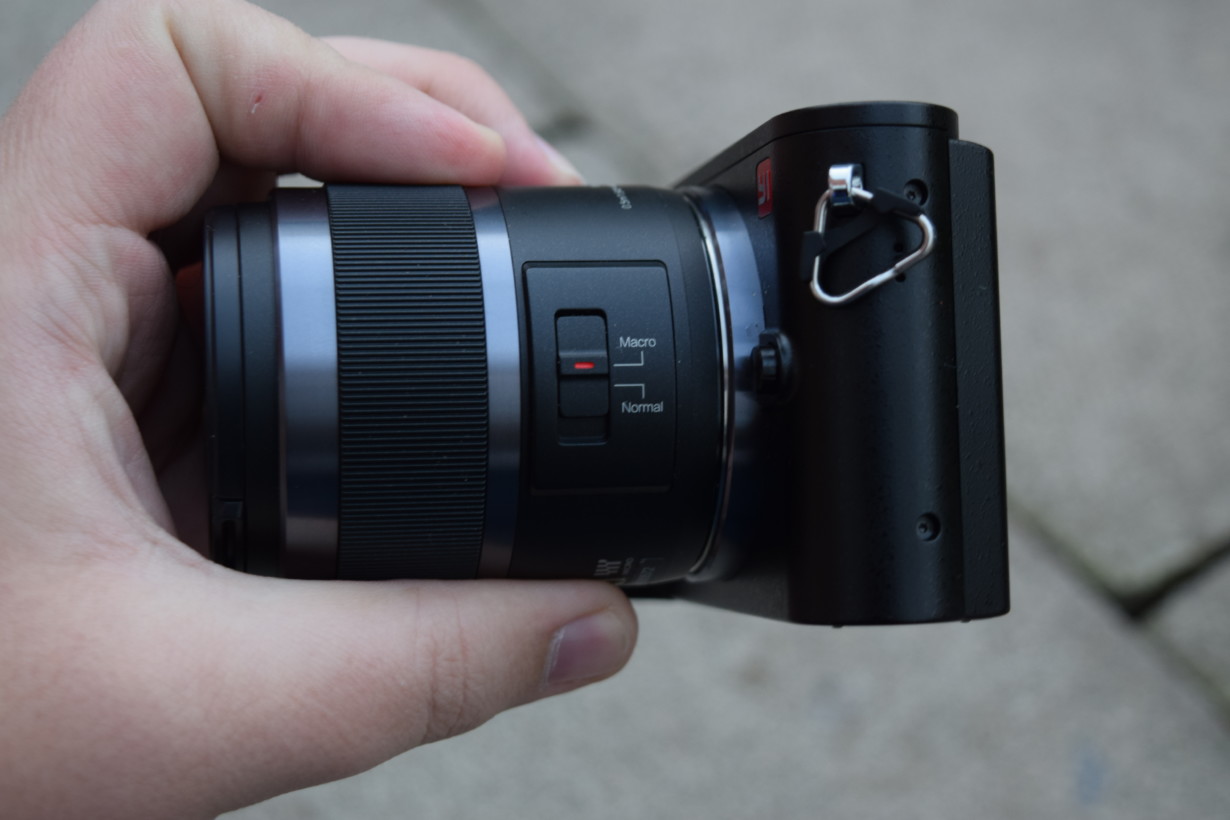 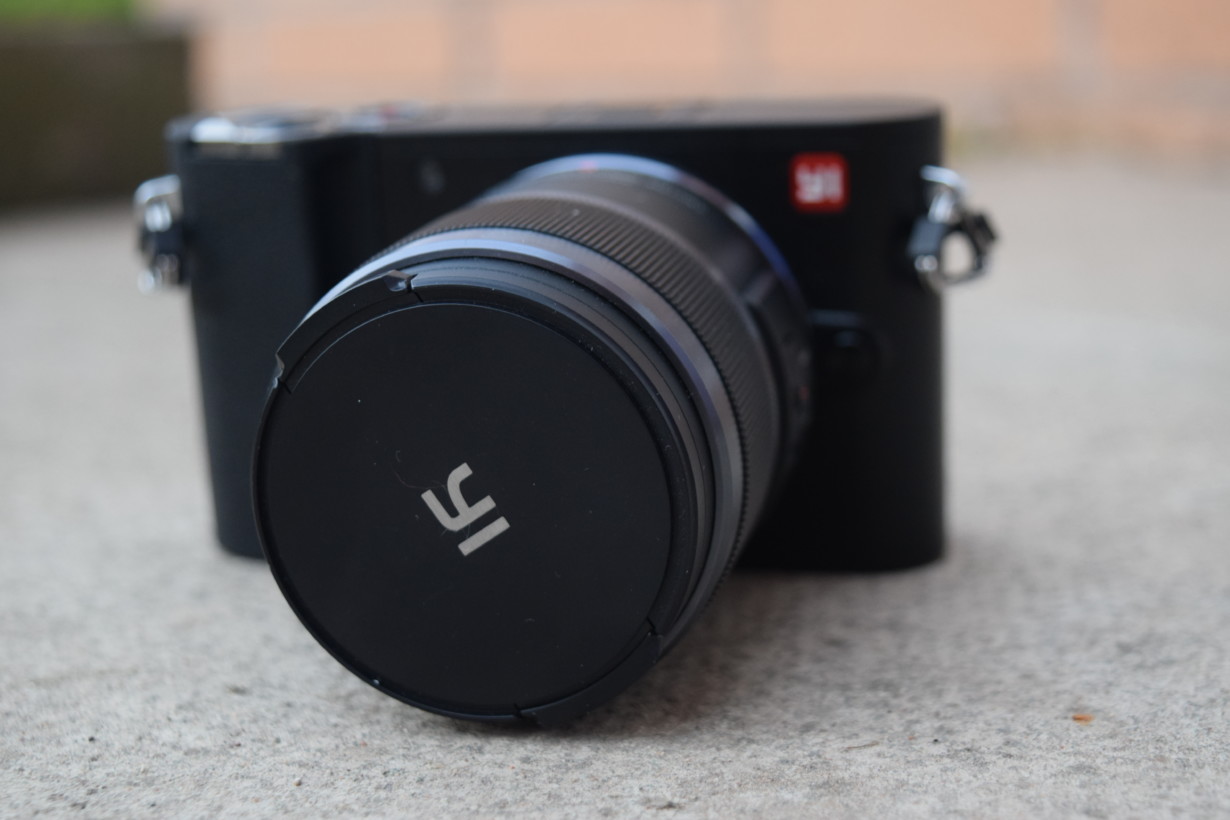 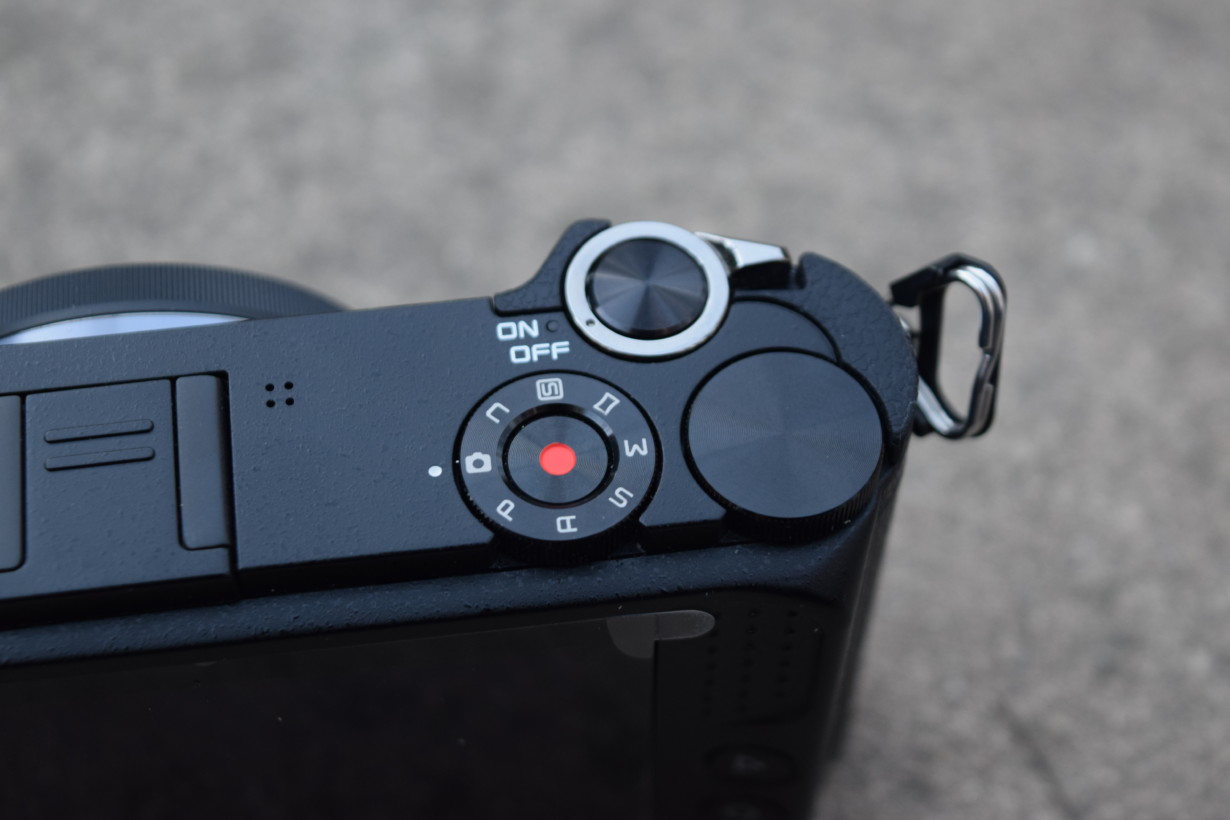 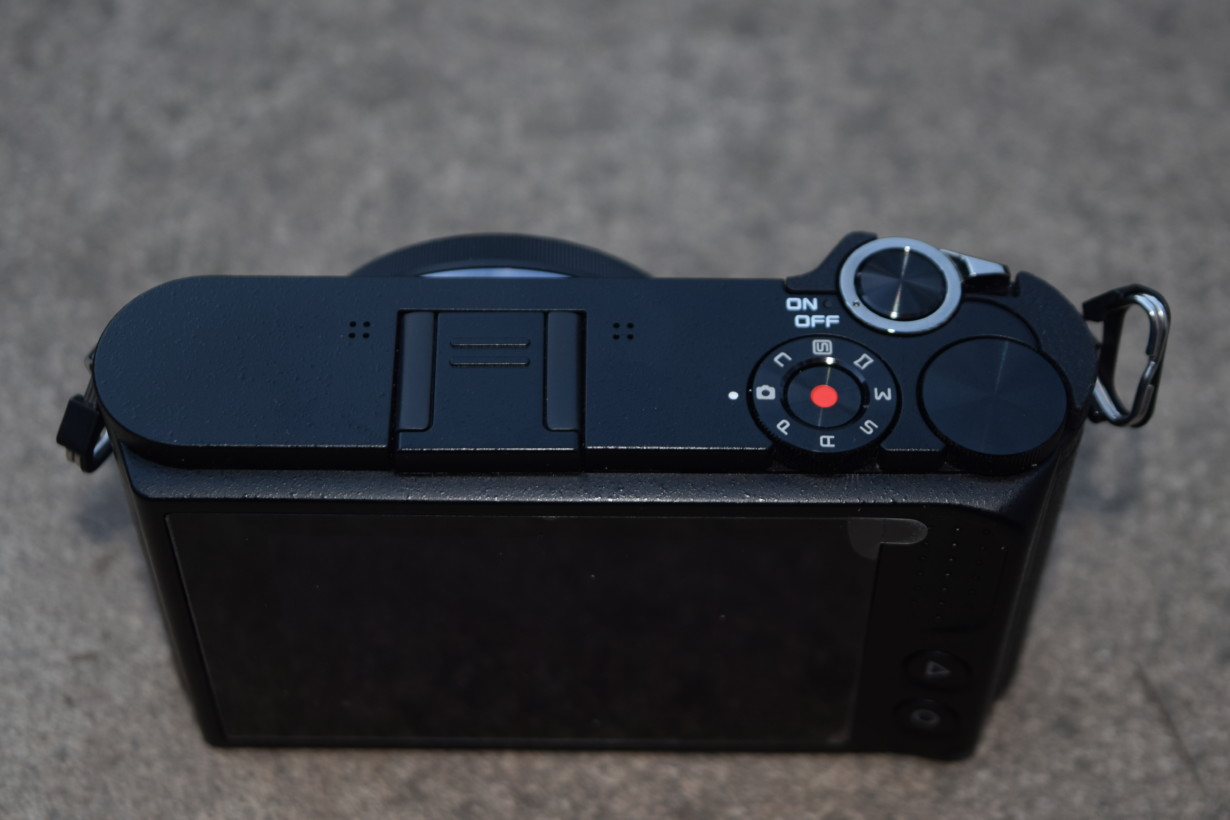 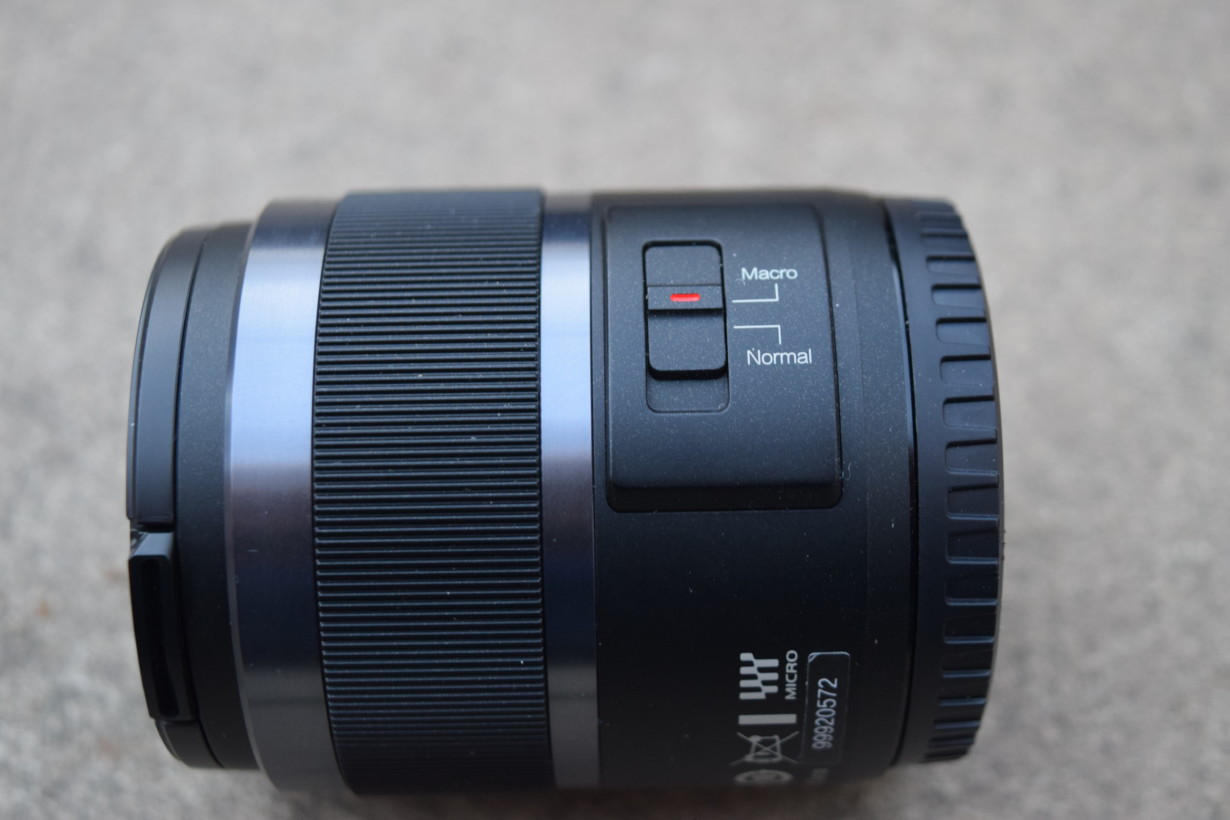 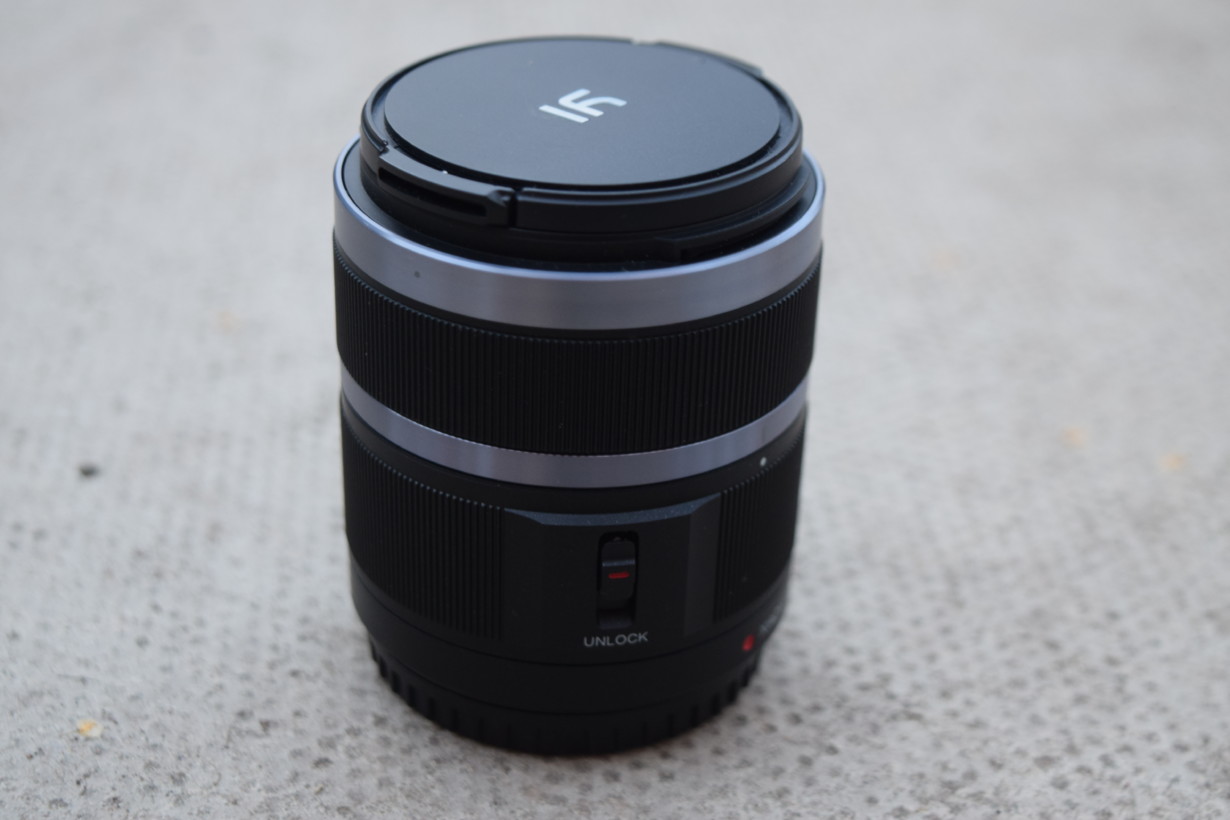 It’s also worth pointing out that it’s a pretty handsome looking camera, too. As The Verge pointed out, it takes more than a little bit of design inspiration from the (admittedly gorgeous) Leica T.

Then you switch it on. At first, I was worried. No matter how good the hardware is on paper, software can make or break a tech product. If the Yi M1 felt clunky, or slow and unresponsive, the entire device would have been a write-off.

Thankfully, it excelled here. I’m not sure what CPU powers this thing, or how much RAM it has. But when using it, I was able to switch between modes, load settings and previously taken photographs in an instant. It felt fast, and extremely fluid.

Front-and-center of the camera is a gorgeous 3-inch touchscreen. I found this to be invaluable. If I wanted to zoom in on a particular part of the frame, I just had to tap where it is on the screen. To access the camera’s settings, I just had to swipe right.

It reduces each task you could possibly want to do, like connect to a Wi-Fi network or adjust the white balance, to just a series of taps.

Here I must make a confession. Since the review unit shipped to me came from China, its firmware was only available in Chinese. As a result, many of the settings weren’t explored as thoroughly as they would have been if I had received a US model.

But even this wasn’t much of an issue. Most settings were accompanied with easily-decipherable pictograms. It was just the occasional error message that stumped me.

Out and about with the Yi M1

Considering the low price, it’s hard to argue with the Yi M1 as a day-to-day camera. It gets the job done. Shots are taken quickly and precisely, provided that there’s sufficient illumination. It’s easy to use, and it travels well. 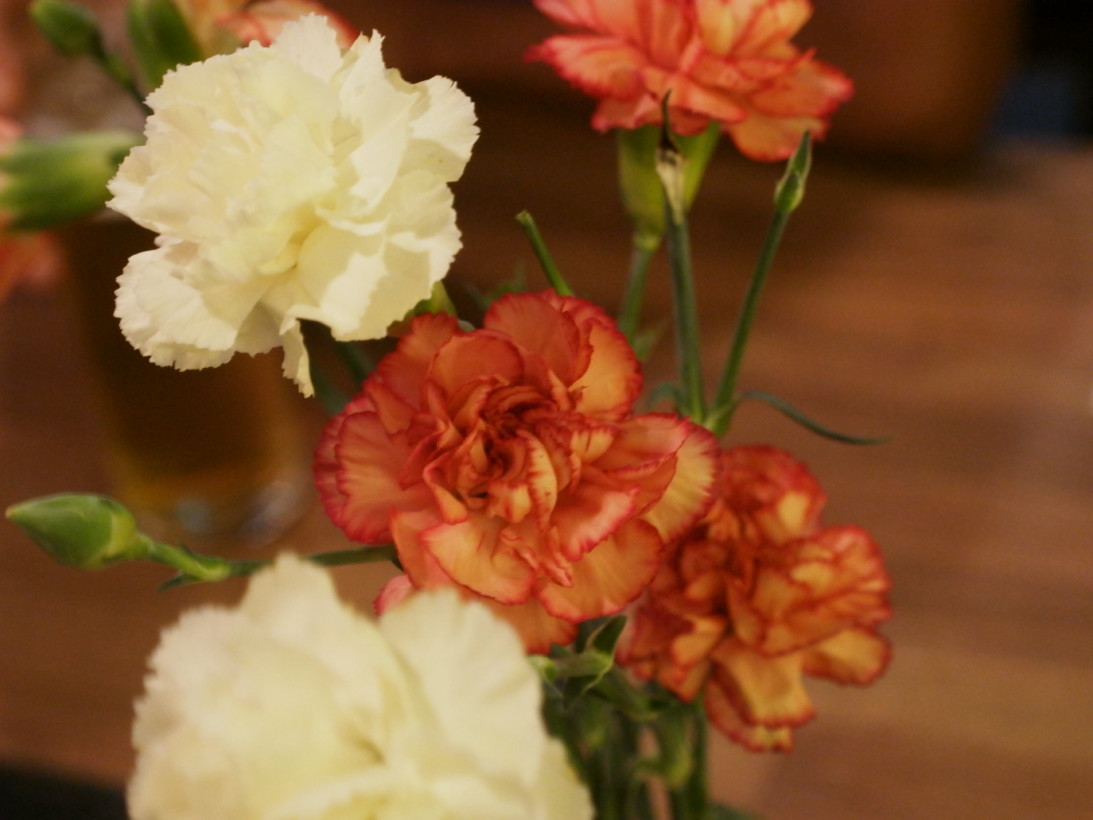 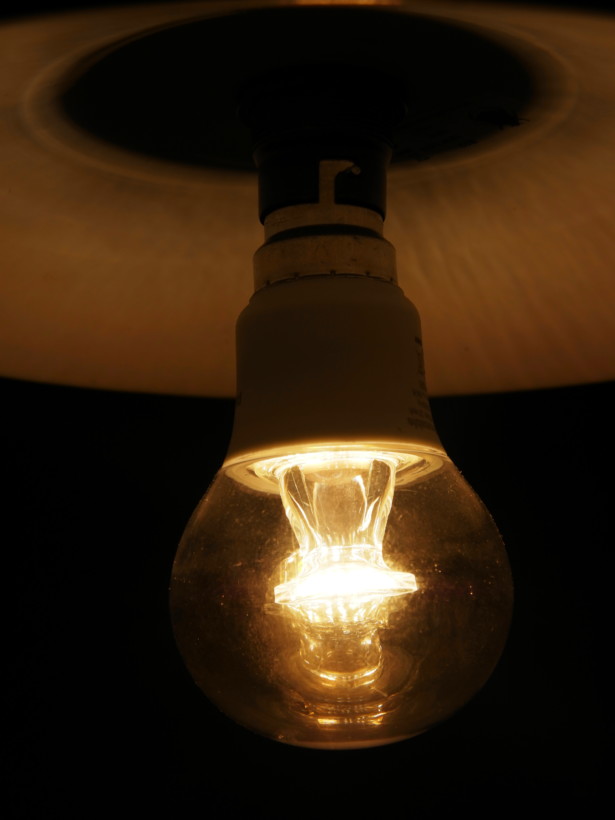 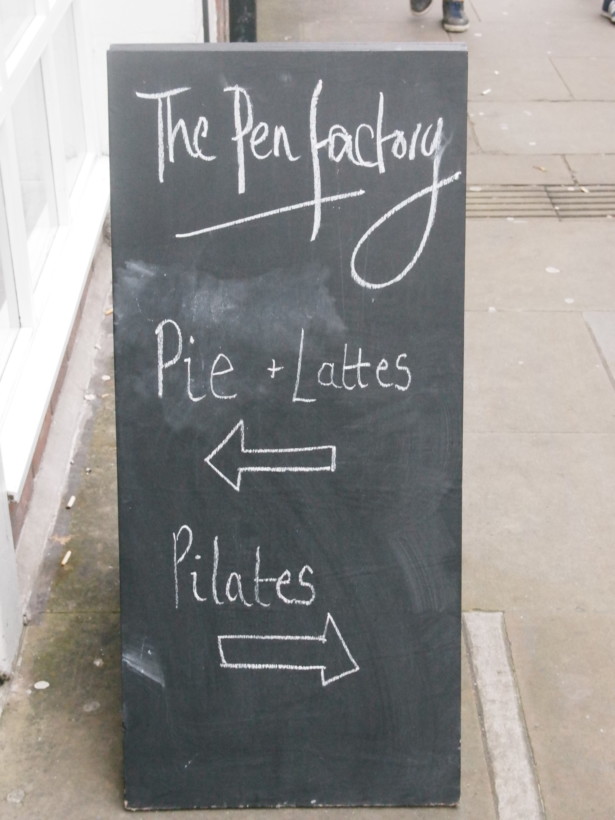 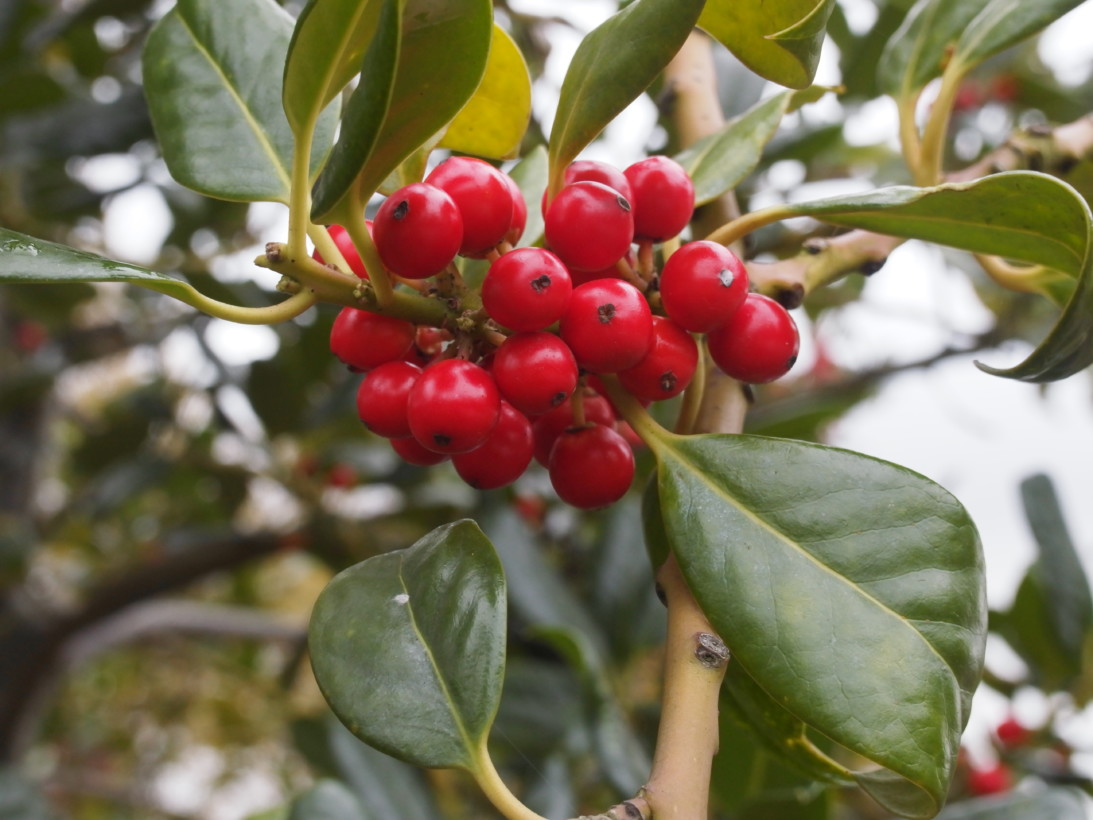 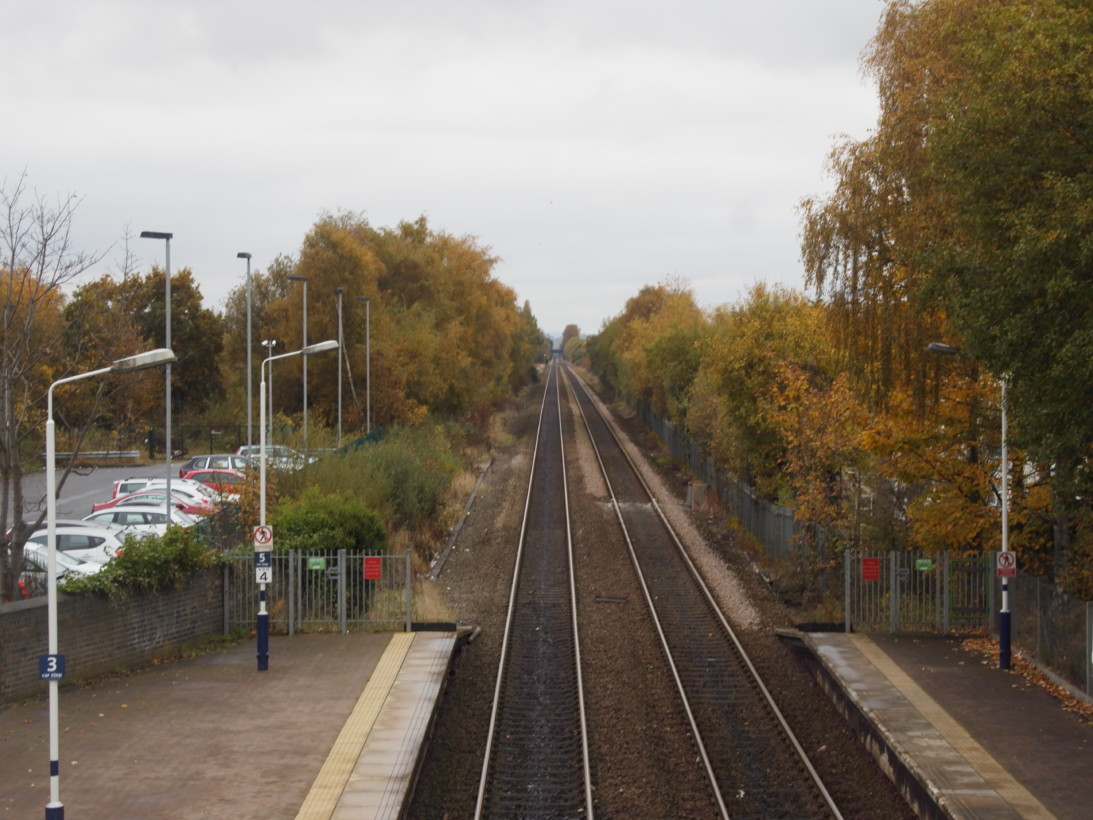 My biggest complaint with the Yi M1 is that it really struggles at nighttime. Photographs taken under the cover of darkness were blurry and lacked definition. In virtually every respect here, it performed worse than my fiancee’s iPhone 5S. Don’t think that this is a camera to drag around on a night out. You’ll be disappointed. 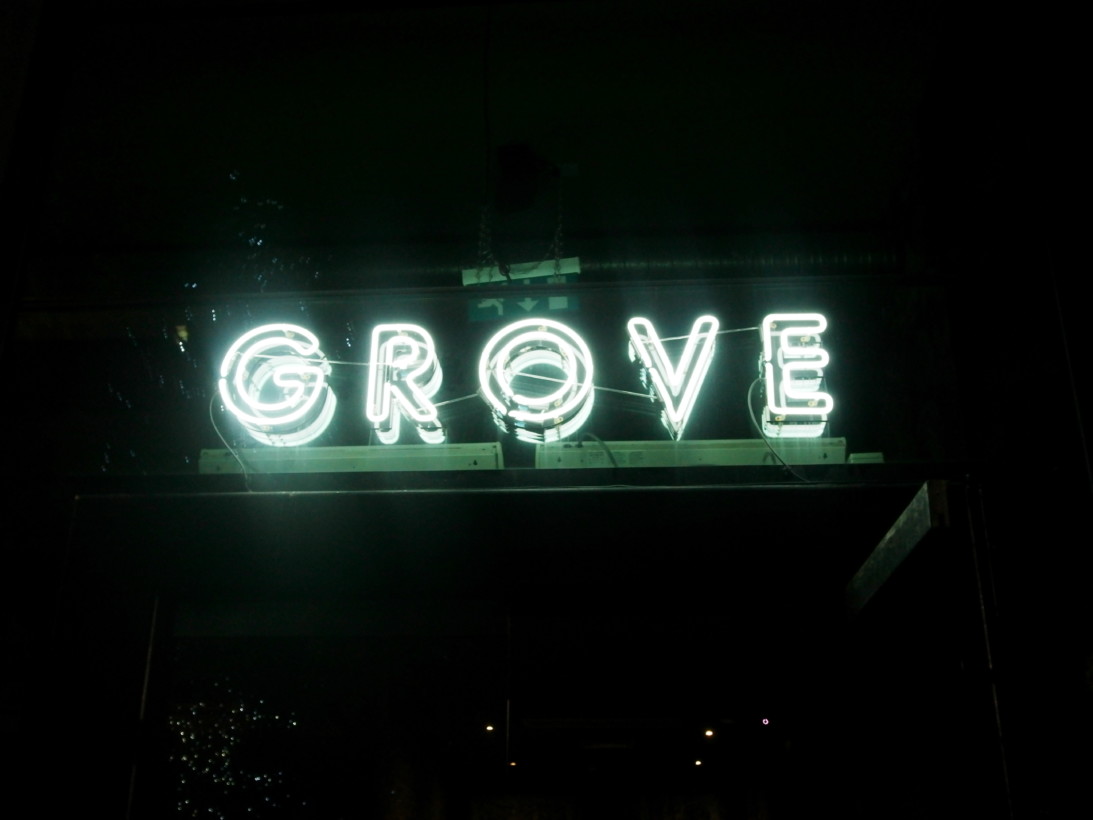 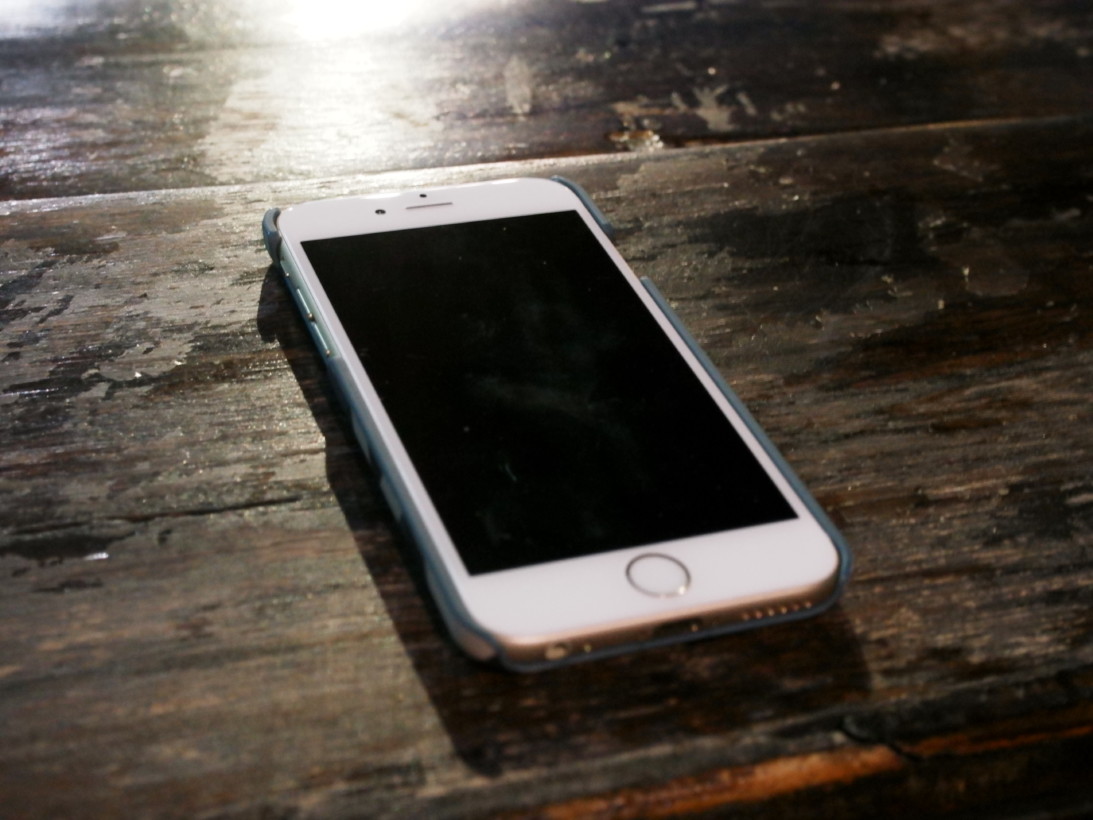 Similarly, last Saturday was Guy Fawkes Day (also known as Bonfire Night) in the UK. It’s our equivalent of the Fourth of July, and everyone uses it as an opportunity to let off some fireworks. Unfortunately, I was unable to get a single decent shot of one exploding in the air. They just looked like vague flecks of light on a black, starless background.

That said, I was able to squeeze some half-decent shots taken at a closer range. These were of sparklers and a bonfire respectively. 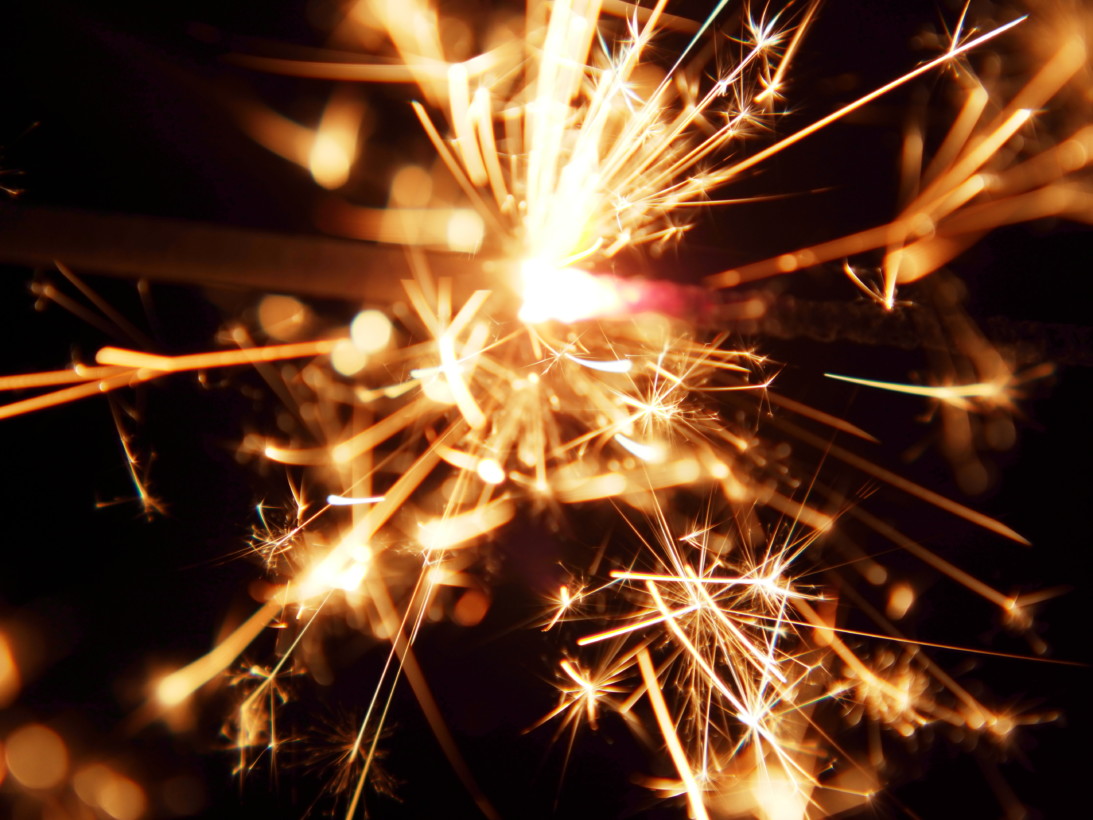 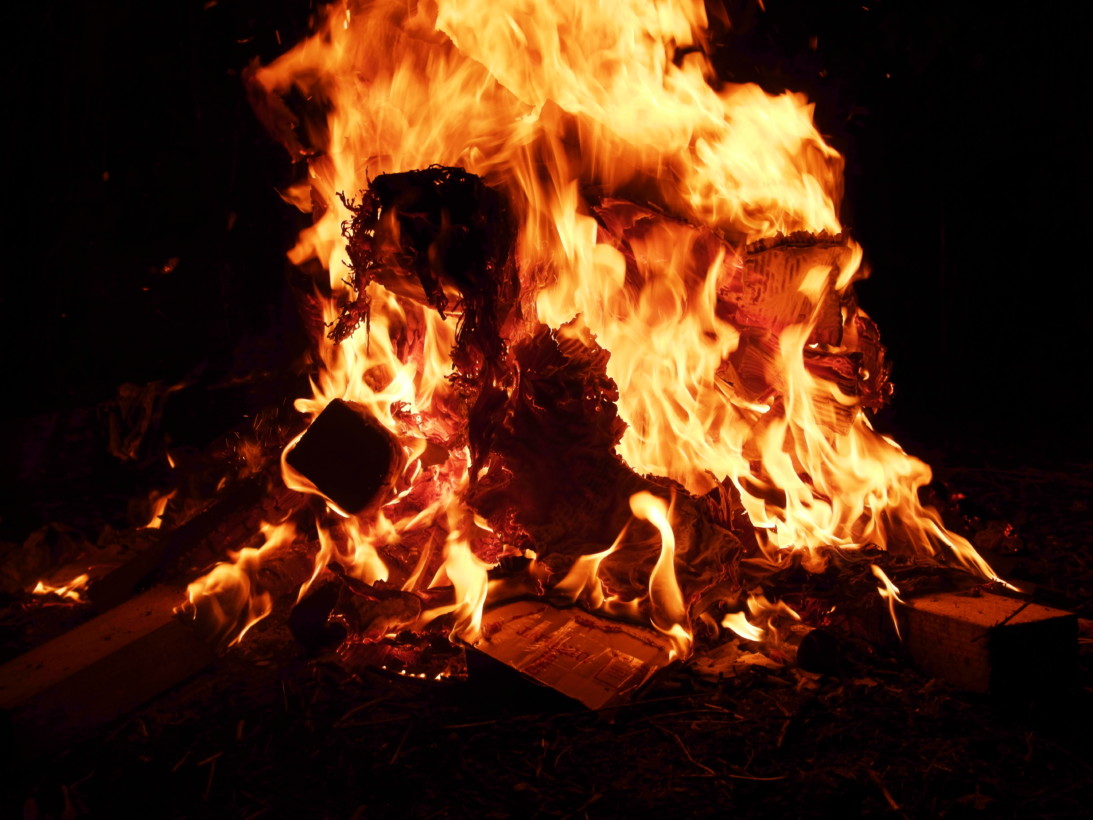 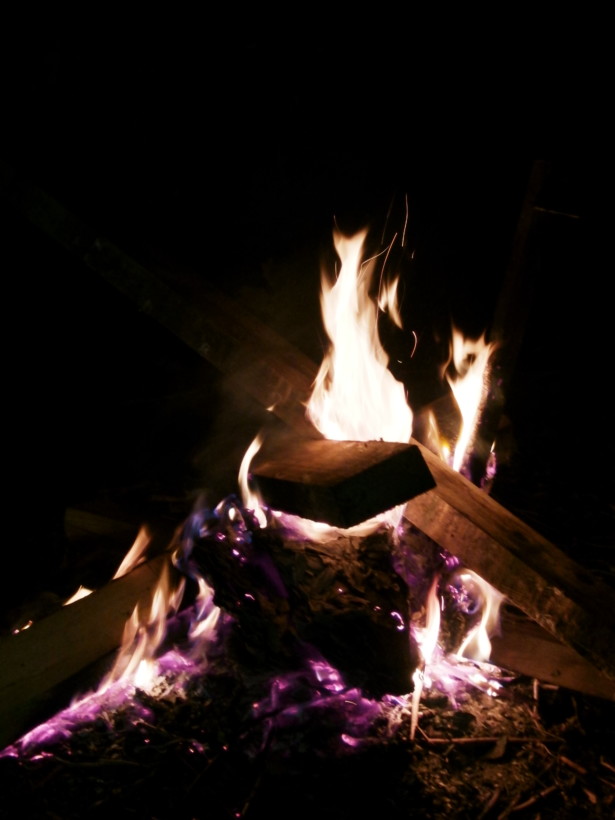 It’s also worth pointing out that the Yi M1 lacks a built-in flash. If you want this, you’ll have to buy it separately and add it via the Hot Shoe.

The Yi M1 also lacks a built-in viewfinder. To be fair, very few mirrorless cameras offer this due to the fact that they’re… Well… Mirrorless. The ones that do tend to be on the more expensive end of the spectrum, and offer it digitally.

Given that this camera is being sold in China for $330, I’m not about to quibble with this. The Yi M1 offers amazing value at an unbeatable price. But as someone who has become used to lining up shots with the viewfinder on my Nikon D3300, I found it a bit awkward to use the LCD.

I have one final, specific complaint about the Yi M1. For whatever reason, it automatically gives each photograph a title and caption of “XIAOYI DIGITAL CAMERA”.

For most people, this isn’t an issue. But if you want to share them on WordPress, you’ll find that you have to remove this from each photo. Otherwise, it is displayed on the page.

It’s a small complaint, and like I said, it won’t be an issue for most people. However, fixing its mess was more than a little tedious.

Who should buy the Yi M1?

I am not a photographer. But as someone with pretty ordinary camera needs, the Yi M1 is a pretty satisfactory piece of kit. It’s well built. It takes decent daytime shots. It has a bunch of extra features that you’ll love, like built-in Wi-Fi and MicroHDMI.

In short, it ticks most boxes you’d want ticked in a camera.

The Yi M1 isn’t going to satisfy photography pros. But that’s fine, because it’s not for them.

If you line your expectations up with the Yi M1, you won’t be disappointed.