The Internet of Things was pervasive in almost every presentation at Mobile World Congress in Barcelona this week, and walking the floor you could tell that almost everyone wanted at least one gadget in the area.

So we decided to list nine of the most terrible devices coming to a store near you (or hopefully not) this year.

I don’t know about you, but it seems like it’ll be pretty hard to get malware on your wearable.

Well, Intel isn’t so sure, so has built a special McAfee flavor for your Android Wear watch so you can know about vulnerabilities, find your phone and… do whatever else. 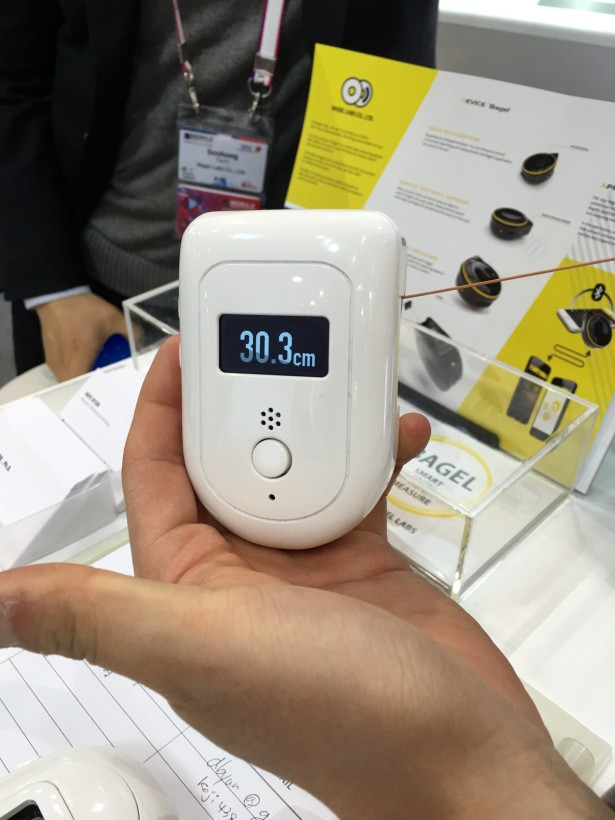 If you woke up this morning thinking it would be great to have a Bluetooth-enabled tape measure, it’s your lucky day.

This Korean-based company at MWC wants to smarten-up your tape measure so you can beam measurements to your phone — and add voice memos.

The device is a good example of Internet of Things technology that doesn’t have a fallback — if your battery’s dead you’re not going to be measuring anything.

Track everything your kids say wearable

I think the revolution of wanting to track your children’s every move is pretty creepy as it is, but this new device will track where they go and what they say — then sync it back to your phone over Bluetooth.

There’s no pricing or availability — nor could the representatives tell me where you can actually buy this thing, but hey, it exists.

Have a fat dog and don’t know how to make it lose weight? Don’t worry about your own fitness, get the Petfit tracker to track your dog’s steps and pit it against your friends!

Fun note, though: it’s not water resistant, so if your dog jumps in a lake there’s no more fitness tracking.

This crappy Google Glass for sports

Intel’s Recon smart glasses are being pitched at MWC as a great way to get a heads-up display of your running or cycling activity, but it’s more like a poor man’s Google Glass.

The wearable has a tiny, low resolution display in the lower right corner with your statistics, as if a smartwatch wasn’t enough or something. 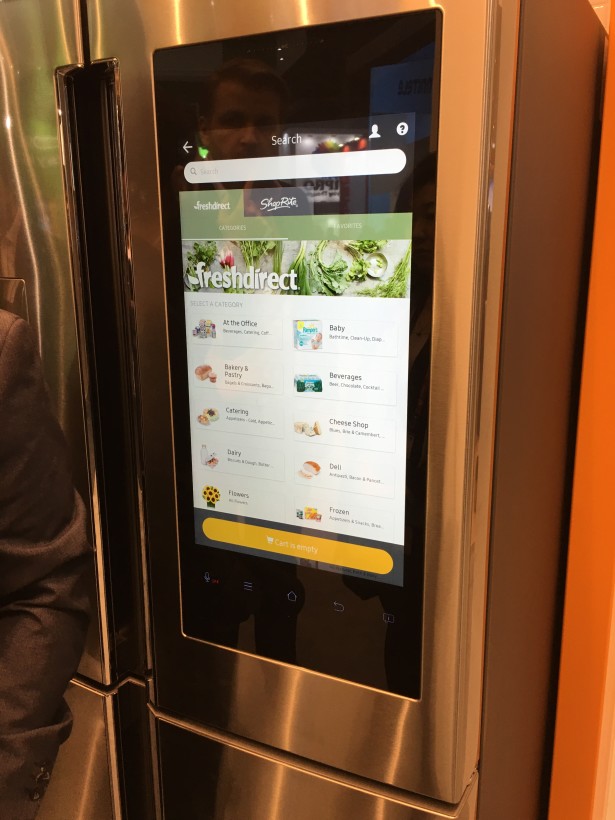 At MWC Samsung’s family hub, an internet-enabled fridge was on display, with its oversized 21.5 screen.

The concept of shopping on my fridge’s door doesn’t really appeal, and the device itself seemed incredibly laggy in practice with janky scrolling and unresponsive taps.

Cool idea, but why not just make a magnetic tablet that sticks to the door?

It’s still a pre-production device so the lag will probably be fixed before it’s out, but the fridge is on this list for being just a little bit ridiculous.

LG proudly touted its ‘magic bot’ ball at its G5 event on Sunday, which looked like a fun way to play with your pets while you’re at work.

Well, if the prototype devices are any indication… they’re pretty awful to use. The magic bot on display at MWC was slow, unresponsive, and didn’t do much other than crash into walls.

There’s few words to express how I feel about this device, but it has an onboard microphone, ambient lights, “brain entrainment” technology and measures your temperature.

It’s not really clear if this would really help you sleep better, nor am I sure I want to put Bluetooth so close to my brain for so long.

Want to be the coolest looking pet owner in the park? Get this Neopop smart dog collar that lets you set a scrolling message that’s shown on an array of LEDs around your pet’s neck… for some reason.

It’s got a 20 hour battery life, charges over Micro USB port and really is quite ridiculous.