If you’ve ever tried to take top-down photos of something with your phone (or even a regular camera) then you’re already familiar with how difficult it is to disperse shadows, get a steady shot and have it come out looking great. It’s with that frustration in mind that a company called Modahaus has created a device that it calls the Steady Stand.

Modahaus has been around for a while, creating photo accessories that it calls “table-top photo studios”. The Steady Stand is a piece of custom-cut, high-density plastics material that allows light to come through, providing you with the perfect platform for placing your iPhone, Android or point-and-shoot camera.

The team from Modahaus sent me a Steady Stand to try out for a bit, so I could tell you whether or not you need to buy one for yourself. The short version of the story is that if you’ve needed a convenient, portable way to take studio-type shots with your iPhone, then you absolutely need one. While there are loads of options on the market (such as pop-up cubes, for instance) the Steady Stand is a hands-down winner.

The Steady Stand comes packed in a flat “wallet”, made of the same material as the stand itself. Inside, you’ll find the studio, a larger piece of the material that you can use for a backdrop, plus a variety of top plates to accommodate just about any (lightweight) camera that you’d want to use from the top of it. These plates are important. There are 5 of them included, with hole sizes that will allow you to use your smartphone or point-and-shoot. There’s even a “macro copy board” included, so that you can set items onto the board, then prop the board up on a cup (or something similar) to allow you to take true macro shots. 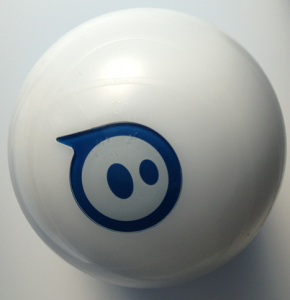 Over the past few days I’ve used the Steady Stand in everything from indoor, dim light to direct sunlight. Find an obtrusive shadow created from the stand? Just turn it until it’s gone. Need less light? Block it from the outside without creating hard shadows. The Steady Stand is a supremely simple piece of kit that will make you kick yourself for not thinking of it first.

The team is based in Edinburgh, UK but don’t let that scare you off. I had my Steady Stand in just a few days after ordering it from here in the US and communication with the team was second-to-none. To sweeten the deal a bit, the $32 Steady Stand now has free shipping to anywhere in the world.

I’m 100% sold on the Modahaus products and I’ll be paying them a few more bucks soon to pick up a Table Top Studio. Even if you don’t have to take photos for your job, if you’ve ever tried to sell things on eBay, Craigslist or the like, the Steady Stand is a dirt-cheap way to get better pictures of your products.