Even in the highly opinionated world of tech, there have been few products as polarizing as Google’s head mounted Google Glass computer. The device, a thin titanium band to which is mounted a computer, battery and display, is by far the sleekest and least unwieldy implementation of a technology that has been around since the late 60’s.

But, though Google Glass isn’t a new concept by any means, it’s also one of the first attempts by a major company to sell consumers on the idea in an always-on Internet society. The break between the generations of computer users who did not have access to constant wireless connectivity and those who do is still in the midst of being defined, and we won’t see the real results for another several years. But there is plenty of evidence about how smartphones and wireless technology have changed us even now, and part of that is Glass.

I’ve been using Glass for around a week and a half, and I’m excited by the potential of it, as well as wary of some of the pitfalls that could stop it dead in its tracks. I think that this is a perfectly reasonable mixed response and if you hear people slinging wildly positive or negative stuff about it this early on, I think it’s perfectly reasonable that they’re trolling you. 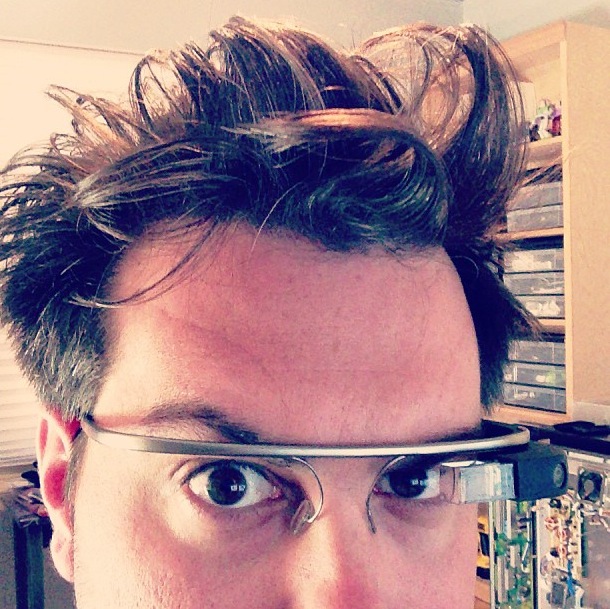 The hardware is too big by about 50% in overall volume right now. The viewfinder is a bit low contrast and it’s hard to see against bright sky. The timeline card interface is a clever solution to moving ‘forward and backward’ through time, but swiping can get a bit finicky at times. The apps that exist for Glass right now are a bit anemic and are firmly proofs of concept, not fully realized and useful items.

I had little to no adaptation issues with Google Glass. No headaches or unnatural feelings about the placement of the monitor. I attribute this primarily to the fact that, as a photographer, I’ve been looking through viewfinders for a lot of my life. Constantly switching focus between an exposure meter and a subject has likely trained my eyes for the rapid shifting of focus that occurs when you flick up to the display and back down to what’s in front of you.

The killer feature of Glass right now is unsurprising, as it’s the same killer feature that buoys Android: Google Now. Having instant access to the information you need before you even know you need it is, right now, the sole purview of Google’s decade-long pursuit of how to best collect and analyze your data both to serve its ad business and to better predict what information you’re going to need before you ever search for it.

Google Glass is the purest conduit for Google Now yet, and it would behoove Google to put its efforts into improving that experience as quickly as possible.

Pigeonholing Glass as a gadget is silly, something for the causal and dismissive pundit. It’s easy to do, because it is, in fact, very gadgety. It’s a nerdy dream that has been exemplified in science fiction for so long that by the time it became something that (a very small group of early adopters) could buy, it was accepted as a matter of course.

But that casual acceptance of a computer that we wear as a headband is a double-edged sword. Yes, it’s a fairly easy concept to sketch out to people who are curious, but it also makes Glass a large target.

One of the fundamental errors people make when evaluating what Google Glass is right now is that they do so by considering it a finished consumer device. I don’t think that Google Glass as it is now will ever be released to consumers on a wide scale. It’s almost certain that it will be a different beast in many important ways. If it is released as is, I expect widespread adoption to be fairly poor.

That’s not because it’s bad, because — as I said above — it’s actually very cool. But it’s also very explicitly a developer kit. Just as the Xbox developer kits look nothing like the actual Xbox, Google Glass is as we know it now is not a final product. Not only is the hardware sure to get a revision before it hits consumers, the software is in constant flux as developers begin creating the suite of apps that will open up the possibilities of a head mounted computer, of which there are a lot.

Another analogy which I find kind of apt is the heads up display (HUD) in a fighter jet. A decade ago these displays were expensive and extremely complex instruments. And in fighter jets and airliners, they still are. But HUDs are making an appearance in consumer cars. They began appearing in luxury models a few years ago, presenting your speed and other information like navigation and are now in the process of slowly trickling down through the echelons of the auto market, eventually landing with a splat in your Ford Focus or Fiat Panda.

Google Glass is an (expensive) evolutionary step in between the ‘fighter jet’ of head mounted computers and what will eventually be the ‘consumer car’. But it’s important to remember that the Mercedes S-class was the first car to have airbags, and the Porsche 944 turbo was the first to have driver and passenger-side airbags standard.

Right now, Google Glass is expensive, new and a bit awkward, but it would be a mistake to think that it’s a dead end.

It’s not hard to skate several generations down the line when Glass is refined enough to clip onto a standard set of glasses and project information onto their lenses. Heck, Apple is already working on technology that works pretty much exactly like that.

And that forward-thinking mentality is also necessary to see a future where our sons and daughters know wearable computers not as an edge case, but as a normality. And that’s, ironically, where Glass detractors actually get it right, but for the wrong reasons. I don’t think the majority of the population born before mobile touch computing will ever have the cognitive capacity and coordination to use them.

This is almost an aside, but using Google Glass really makes me believe that the wrist computer will be the defining intermediate wearable computer which breaks the ice, not the ‘face’ computer. The cognitive load is less, the concessions to public display and style are less — you can’t exactly slide Glass under your cuff. Which lends a lot of weight to the thought of an Apple wrist computer of some sort. Google is wont to do, treads on too many social and intellectual boundaries to be an ‘80%’ device, at least as it stands right now, but it could be. More thoughts on that later though.

There is a decent swath of the population which may be completely comfortable with the splintering of attention and commitment that operating something like Glass takes. But, I think that there’s a level of aptitude that will simply be beyond the majority of a whole generation of people.

Using Glass while driving, for instance, is pretty neat. Turn by turn directions are projected on your view up and to the right, and there’s a lot of neat things that can be done with this mechanism yet. But it’s also a sliver of your attention that’s removed from driving. But wait, isn’t it the same as a text message or a navigation instruction on a phone, for instance? Sort of. You can choose to ignore those items and not look down at them, but Glass is always there, hovering in the corner of your brain, and I found that there was a decent period of delay when it came to recognizing changing road directions.

Taking Glass out on the road is like learning to drive stick again. It’s best done on a closed course or deserted road, or preferably on a bicycle first.

But having the Internet not just in your hand but at your eye’s glance is still, after all of the negatives I’ve mentioned, still fantastic. I’ve referenced measurement conversions while reading science fiction, looked up recipe hints while cooking, polled Google for pronunciation, sent text replies and shot photos while my hands were busy with my daughter. Once you get the hang of the clutch, Glass feels natural and brilliant.

As an example, my wife and I were grabbing ingredients for salsa at the market when we came across a particularly enormous specimen of Brussels sprout which was mislabeled tomatillo. Tomatillos have a leafy exterior that is superficially similar to a Brussels sprout, but once you peel them back there’s a tomato inside. Yes, there will be a lot of cooks out there that will laugh at us for even having a second thought, but I used Glass to bring up what a tomatillo looked like anyway, and boom, there it was, overlaid as big as life right on top of the fake thing and we were saved from a really nasty tasting salsa.

So there are mundane uses that are just as compelling as high-tech ones. But I’m not at all surprised that there’s been a backlash against the look and feel of Glass at all. The privacy issues around a recording device on your head, the bulk of the unit and the protruding display all feel so outlandish still. 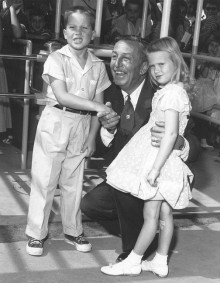 Telling someone today that everyone will be walking around with a wearable computer of some sort on their face in 20 years is like visiting Disneyland in 1955 when everyone was walking around in dapper outfits and pretty frocks and telling them that people would be tooling around there in sweatpants and glorified underwear with slogans across the butt.

I’m not saying it’s better or worse or the right future or the wrong future. I think it’s really too soon to be making calls like that. But whatever Glass is, it isn’t boring and it deserves investigation and investment of effort to figure it out. Perhaps not by every Tom, Dick and Harry, at least in its current incarnation. But by thoughtful and industrious people that are interested in the future, sure.

Regardless of what you think, there’s a good chance that our sons and daughters will find a past without wearable access to the Internet stranger than we found a future with supercomputers in our pockets.