I was having a conversation with TNW’s Drew Olanoff the other day, as we were discussing social media and bad behavior. For the past couple of days I have been coming back to this conversation, forming more thoughts on it until finally I’ve come up with some things that I think need writing. But first, I have to set the stage.

Drew, in case you haven’t heard of him before, is a cancer survivor who created the “social good” campaign called Blame Drew’s Cancer. The idea was one of mind over matter, where you could blame anything on Drew’s cancer. Because “you have to beat up on Cancer to win,” according to Drew. It has become a viral hit across social media, where the hashtag of #blamedrewscancer gets tagged onto anything from losing your keys to Twitter flipping your profile picture upside down.

You see, Drew is one of those social media guys, but he’s also someone who has a profound love for anything that can help people. Don’t believe me? Just read some of the stuff he writes about for us here at TNW. That is to say that Drew has a pretty short fuse when it comes to people being scumbags anywhere in life, and that’s especially so inside of social media.

The conversation that we were having really got me thinking about the ideas behind “influence” online, what it truly means and whether the whole thing is a ball of trash or simply a good project that’s been marketed badly. The answer that seems to be glaringly obvious to me? We’re the problem.

Now that the stage is set, let’s look at the players. Social media has truly come into its own in the past 4 years or so, and yet humans have been around…well…far longer. One would think that social media would be an easy thing to master. Just be human and it should all work out. And yet if that were indeed the case then folks like Gary Vaynerchuk and Brian Solis wouldn’t be seen as such creative thinkers in the space. 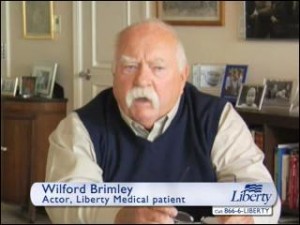 As social media has grown, people have tried to come up with ways to use it as a sort of influence-centered currency, whereby brands can connect with (potential and current) customers. It seems to make sense. Much like how Wilford Brimley is the celebrity spokesperson for diabeetus-monitoring supplier Liberty Medical, celebrities have endorsed products for ages. In today’s social media world, the term celebrity takes on a whole new meaning, so someone with a couple hundred thousand Twitter followers may very well be seen as a celebrity within a certain reach.

How do you measure who is influential surrounding which topics? Klout was one of the first to claim to do so, then of course we have PeerIndex and most recently we have Kred, an upcoming product from PeopleBrowsr.

Do any of these methods work? That’s arguable. We’ve not seen solid numbers from any of the outlets mentioned above, but Klout perks have been rolling out for the past few months and so it seems that brands are biting. Unfortunately, they’re biting the bait that’s being handed out by all the wrong parties. I’ve seen hundreds of stories of perks being offered to completely uninterested or incorrectly-targeted parties, turning the entire idea into somewhat of an unintended punchline.

But why is it happening? Primarily because it’s the product of the message that we as social media users have sent to the brands.

You see, we spent the past couple of years telling brands that we knew what we wanted. We said that we valued the opinion of our online friends more than any advertising that the brands could send into our view, so the brands decided to have our friends be the ones to help influence our decisions.  Unfortunately, all that’s managed to happen thus far is to aggravate an already-silly situation by mixing traditional advertising with online influencers, instead of changing how advertising happens from the ground up.

We want hashtags! Give us QR codes! We’ll ruin your business with our Twitter masses if you do us wrong! These are the cries that social media users have been screaming, and yet advertisers haven’t yet figured out how to actually do much with the demands. Case in point, remember this?

I could just imagine the lowly social media intern who sent out that ill-fated tweet — “But I was just doing what I thought that they’d want! I was trying to show that we understand how to use hashtags!” Oops.

You see, brands desperately want to figure out how to tap into this social landscape, and yet the consumers are only continuing to throw up more problems rather than potential solutions. Our expectations have risen to a point of egotistical self-importance that only the Internet can seem to manage. Heck, I’m guilty of it myself. When I griped about a problem with Verizon Wireless a few weeks ago, I went on a Twitter tirade for the better part of a day, only to be sorely disappointed that I never got a reply. The end result? I picked up the phone and had the problem fixed in 10 minutes.

“The connected consumer is in control of the people and companies that they will not only connect with but also support.” – Brian Solis

The above quote from Mr. Solis is something that, if we took out the word “connected” has been true since the dawn of commerce. The consumer has always had control of the buying process, with the ability to buy or not buy depending upon their level of support. But in today’s world, we consumers are constantly looking for more than what we are perhaps entitled to have. The end result? We get disappointed, brands lose customers and the entire cycle starts over again with the next company that is unfortunate enough to have our demanding selves as a customer.

How Do We Fix It? 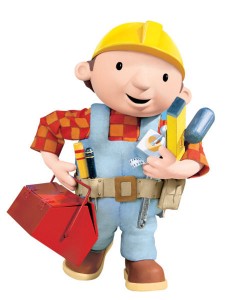 I once had a boss who I consider to be one of the greats. His philosophy was this – Come to me with any problem you have, but present to me at least one possible solution. It’s with that in mind that I think it’s time that we consumers abide by the same philosophy. If we want to prove that we’re taking the influence of our online friends into heavy consideration, speak up and help the brands figure out how to reach you better.

If we don’t want fashion companies stomping all over hashtags, offer them a better solution.

If we want to prove that social media is more than just a bunch of “who can talk loudest” then it’s time for we as the customers to once again create the world in which we want to live. We did just that with Facebook, Twitter and the like, molding the services and how we use them to be what we desired. We can step up and do the same with brand interaction and influence, we just have to find the right steps to get there.

Maybe it’s a matter of forming a body to have a conversation with the brands. Perhaps the fix is in dealing directly with the influence measurement sites themselves. I don’t know the answers, but I do know that we can figure it out if we put our minds to it.

So what are your thoughts? Can we make this game of influence into more of a solution than a problem? If so, how? Sound off in the comments and let’s start off our week on the right foot. If it continues to be a terrible method for connecting brands to consumers? You could always blame Drew’s cancer.