The Next Web Salon is a small and intimate event for people working on, or interested in, the people, ideas and companies powering the Next Web. 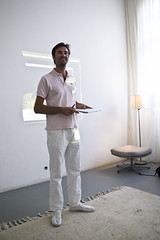 Boris Veldhuijzen van Zanten from the Next Web was inspired by the story of a local bakery with excellent fresh products. The decline of good bakeries made Boris wonder what inspired this baker when making his bread and pastries. The baker responded that he simply wanted to continually improve his products and “make a better appelflap (apple turnover) every day.”

The idea of the Next Web Salon was born out of the idea to have an inspiring evening with people who are passionate about their work. Instead of spending an evening listening to presentations about the new Firefox or a new company launch it should be about being inspired and inspiring others. As we seem to have a shorter and shorter attention span a six-minute presentation format was adopted.

Boris kicks off the first Next Web Salon with the wise words “the more wine you drink, the more inspired you are.” And excellent food and wine were a major (inspirational) fuel for the evening. 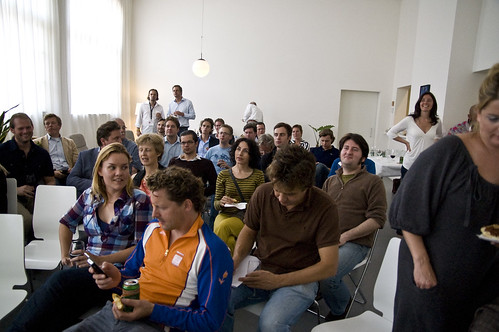 The first speaker, Jonathan Marks, introduces himself as a recovering journalist who is now an insultant. As a consultant you are often perceived of as an outsider who is looking into the company and then insult them in an enormous way. He currently works as a consultant in Africa where he aims to help empower women. He sees women as the key in breaking the poverty circle. 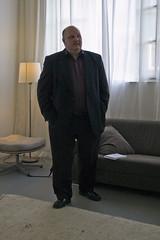 Ten years ago community media were really taking off in Benin where they were growing very fast. However, Africa is dealing with a major language problem as over 2000 different languages are spoken. The women wanted help in creating role models because there are great stories of success that don’t get out because of the language problem. The story ends at the border.

They decided to use FM radio as a widespread and cheap technology to broadcast stories and making content that was designed to be stolen. Stolen content is seen as a measurement of success where you have succeeded if your content is used as a catalyst. Ten years later the community FM stations are looking for a sustainable business model and now they are looking at the mobile industries.

With the network they have built over the past ten years they can can work together, speak the languages and provide services such as sms where some sms services are for free. The people in Benin are especially looking for information and access to information. What started as a media training center with a broadcast model has now turned into a community sharing model.

Maybe Jeff Ubois should have been the first speaker with his insightful talk about the history and context of salons at this first Next Web Salon. Ubois is an online video and digital archiving specialist, frequent international speaker, archivist at Thirteen.org and a blogger at Archival.tv who often traveling between San Fransisco and Amsterdam. His main field of work is on memory, archives and presentation (online) which he would love to chat about over dinner but today he is going to talk about how salons have changed his life. 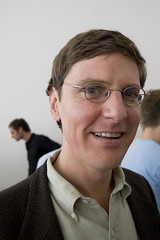 Salons play a major role in making Silicon Valley work as they are bringing people together in a relaxed way causing generative ideas. Socrates’ dialogues may have been the first ever (documented) salons and later Benjamin Franklin’s The Leather Apron Club had a major impact on society. Not only did the first public library/hospital/street lights come out of these salons but a wide range of things. One of the main rules of the salon was to forbid all positive assertions as you would be fined. Every idea should be open for discussion. Ubois rightfully remarks that it would be very interesting to view the history of the world through the eye of salons.

Salons are constantly dealing with subtle adjustments, for example how open is the salon as you might end up with a clique or the exactly the opposite. The gating function of the first Next Web Salon was pretty transparent: “Because there is limited space we will invite our personal contacts first and then, if there is space left, offer the remaining seats on our blog. The price of attending will be €74,99 and will include food and drinks.” Just like Franklin’s salons consisted of friends the Next Web salon consisted of personal contacts. However, as the Next Web network is big and very diverse hardly everyone knew everybody. I only recognized a handful of people from the Next Web conference, a few people from their Twitter profile pictures but most of the people I never met before. Diversity showed itself in the representation of people working in marketing, research, start-ups, public broadcasting companies and non-governmental organizations (and probably many more as I was unable to meet everybody). 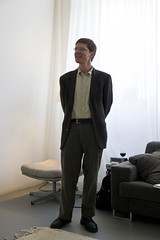 Salons usually show a real tension when you start things up. In California they use a rule that you may bring anyone you want just as long as they cooler than you are. A hilarious heuristic that turns out to work pretty well. The only problems are the hyper connectors and the fact that communities function differently on different scales. There is also a tension between secret and private as we are discussing (business) ideas which may be good or not.

If the percentage of returnees to the salons is high things might get slow so there is an incentive to ask how to keep the flow. Should salons be organized regularly or on demand? Besides time, location is another important factor that determines the success of a salon. Ubois notes that not everyone has such a great living room as Boris and that in public places there is often a debate about the quality and price of the food and drinks. A final, and probably the most important issue when dealing with salons is the concept of idea versus business.

Boris asks if Dubois has any tips for the audience, how to succesfully attend a salon and how to get more out of it? The rate of circulation (of ideas) is very important and it is about being fearless. Dare to speak and dare to share. Dubois ends with a quote from Franklin: “listen a lot and speak little.” 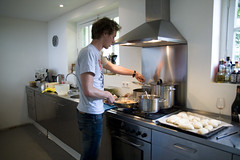 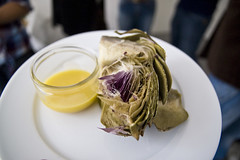 New Media student at the University of Amsterdam, Edial Dekker, shares his enthusiasm for information visualization with the audience. 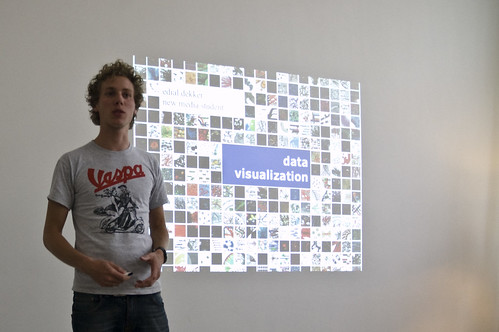 Why does information visualization matter? One way to look at is as a way to make the world better, to improve access to data or discover new patterns. Raw data is useless in the sense that you cannot make any meaning out of it, you have to do something with it first in order to see patterns or deviations. Instead of using only two axes to display information we can use the whole map as an interface is worth a thousand words. Otto Neurath, one of data visualization’s godfathers, used data to tell a story. Use as much data as possible but use it as clear as possible because “chart junk is an epic fail” as the other godfather of information visualization, Edward Tufte, would say.

Tufte used multivariates to think differently and he used the interaction between the axes to interact with the visualization. By using multiple variables you can establish an interaction between the reader and the information. You can tell a whole story. Minard’s map of Napoleon is the prime example in data visualization of a great story in one picture and Dekker vividly shares the story with us.

The TED video from Hans Roslings from Gapminder shows how we can find explanations for phenomena if we visualize the data well. A lot of data may lead to the problem of data density: we have a lot of data that we want to use in one picture. Some of the complex information visualization images show us that visual literacy is becoming an important issue. The phenomenon of data visualization is fairly new but especially becoming more and more ubiquitous with the age of computing and the enormous amount of data in databases.

This last presentation is not the end of the evening but the beginning. Organizer Boris Veldhuijzen van Zanten summarizes the evening so far with a future outlook: “visually oriented salons with more women.”

More pictures of the Next Web Salon on Flickr.