The New York Times is launching for the Kindle Fire today, marking the media giant’s first foray onto Amazon’s tablet with a native app.

Before now, the New York Times was available for all the major smartphone and tablet platforms – iOS, Android, BlackBerry 10 and Windows Phone. There’s even a Kindle Edition, which essentially offers a representation of the newspaper sans the bells and whistles of its multimedia bretherns.

Though the New York Times is currently available via the Kindle Fire’s browser, and will also shortly be available on Kindle Fire via Flipboard, the NYT’s digital subscribers will no doubt be delighted that it’s now available via a standalone app, almost two years after Amazon first unveiled the tablet which runs on a forked version of Android.

For the initial roll-out, the publication will be serving up free digital access to all 25+ sections of the newspaper from July 9 through to July 31. After this period, non-subscribers will be able to access up to three articles each day for free, as is the case with its other apps. Current subscribers on the Web + Tablet or All Digital Access subscriptions will automatically get full access to The Times on Kindle Fire. Pricing starts at $40 for a 12-week period.

It’s also worth noting that videos will remain free to access, after the publication opened this up to all digital users back in April.

As you’d expect, the app includes offline reading, and cross-platform saving which means you can pick up from where you left off on a different device. As with its other Android-based apps, it also offers text-to-speech functionality, which reads articles out loud for drivers or visually-impaired. And if you’re looking to comment on an article, you can also dictate your thoughts using Android’s native speech-to-text feature.

We managed to grab a few words with Paul Smurl, GM of Core Digital Products at the New York Times, ahead of this launch to get the lowdown on its latest app, and other updates from across its suite of products.

As with the NYT’s other apps, the Kindle Fire incarnation was developed entirely in-house, with development starting initially around three or four months ago. Given it’s just a variant of its existing Android tablet app, there wasn’t a great deal of work involved beyond that of integrating with Amazon’s payment system.

“The e-commerce integration, well, that’s been a little labor-intensive, where we had to integrate our billing and entitlement system with Amazon, so we can authenticate users who subscribe,” says Smurl.

“We used the Android core, obviously, and had to make some subtle changes, but the pay integration was the biggest piece on the list.”

As noted already, the Kindle Fire will only offer three full articles a day from across all sections, which is in line with other mobile platforms. So what impact, if any, does Smurl feel this shift will have on its traffic moving forward?

“We’re just getting information in on that, as it’s still a relatively recent development,” he says. “But our data analysis before we made the switch suggests that a lot of people read headlines and article abstracts, and that continues to be a good experience for some. And there were very few non-subscribers who read more than three full articles a day anyway, so we don’t expect that it will have an enormous impact on the reading behavior of most. But we do think we’ll be able to put the pay-gate in front of people more often, and we’re hoping we can convert more subscribers as a result.”

Indeed, this move does give access to all areas of the site, rather than just top news stories as was the case before. But it will be interesting to revisit this armed with more data to see if it does have any discernible effect – positive or negative – on traffic or subscription conversions.

The Flipboard integration is an interesting facet of the NYT’s digital model too. It first became available on iOS devices last year, followed by Android, though integration with its Kindle Fire app is still a work-in-progress with NYT subscription content not yet available – we’re told it should be ready soon.

But I was curious to know what impact, if any, the NYT is seeing from this link-up. Besides subscriptions, it seems advertising is proving particularly fruitful.

“So far, the Flipboard integration has proven very interesting in that we’ve seen usage grow significantly, but we can’t share any specific numbers,” says Smurl. “But I think it will roughly reflect what’s being seen in Flipboard in general. We’ve also seen some real success selling advertising into Flipboard, which was a little unexpected for us. We weren’t planning for that to be as successful and as interesting to advertisers as it has been.”

While it’s no surprise to see The New York Times finally arrive on Kindle Fire, given its so-called “NYT Everywhere” strategy, it perhaps has been surprising that it’s taken so long – even allowing for the time taken to integrate with Amazon’s systems. And Smurl did reveal that iOS represents the vast majority of its mobile subscriptions, with “roughly three-quarters” reading from an iPhone or iPad, so it will be interesting to see if this latest move stymies this at all.

We’re also seeing a big push towards ‘Web’, with an experimental HTML5 iPad Web app introduced last year, not to mention an all-new prototype NYTimes.com featuring a cleaner app-like design which is expected to launch to the public in early 2014. So does Smurl believe the future belongs to ‘native’ or the browser?

“You have to pursue both, but native apps aren’t going away,” he says. “There are a lot of punditry predictions about native apps not surviving the advent of HTML5, but in fact they’re great experiences and they’ve obviously been optimized for the platforms on which they run.

“HTML5 has to play a little catch-up, plus we are still trying to figure out the rich-media advertising experience in HTML5 – it’s not so much of an issue with native apps,” he continues. “But I think they’re both here to stay.”

Meanwhile, you can access the New York Times for Kindle Fire on the link below. 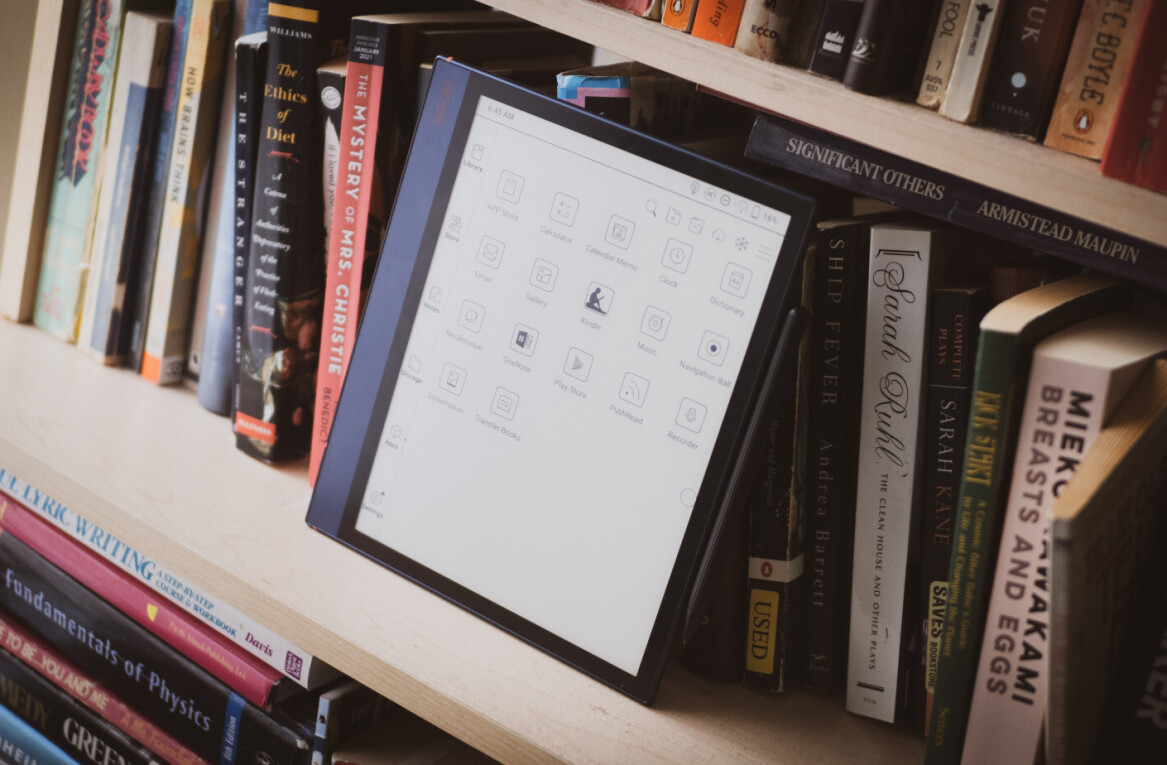