AlertMe, the smart home tech company has sealed a deal with British Gas to provide a personalised energy efficiency advice service to UK customers with smart meters. So, The Jetsons‘ home of the future is not so far away after all.

Smart meters are a replacement for traditional gas meters in the home which have a display that shows customers how much energy they are using. The AlertMe service breaks down the information for comparison with similar households, actionable recommendations (like getting insulation or double glazing to help keep in heat) and generally suggest ways in which customers can save money and not waste so much energy.

The free service is being trialled with up to 10,000 homes during the summer and rolled out widely from the autumn. Smart meters from British Gas will be rolled out to all homes in the UK over the next seven years. Interestingly, the Alertme system can also be added to older gas meters so you don’t have to miss out while waiting for the arrival of the new. 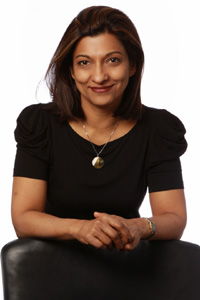 British Gas is the largest supplier of domestic energy and it serving 10 million homes and 15.0 million energy accounts so the deal for AlertMe is a pretty solid one with that many possible customers hoping to monitor their usage and learn more about their own habits.

AlertMe CEO Mary Turner took on the lead role with the company following a successful run with Tiscali until after its sale to Carphone Warehouse.

In her time with Tiscali she grew sales from less than half a million dial-up customers to being the third largest DSL provider in the UK. She now hopes to bring AlertMe to a similar level of ubiquity and sees similarities between the growth of the two markets.

“This is a big movement, way beyond just a single individual,” says Turner. “Part of the reason I joined AlertMe was that I could see this sector ready for transformation. In the last ten years the whole telecommunications industry has transformed. I’m really excited becuse I see this as the beginning of huge amounts of services that come into the home.”

AlertMe looks to be the tip of the iceberg when it comes to living in the retro-futurist ‘home of the future’. The infrastructure for people to interact with their immediate surroundings is already consolidating and Turner believes that it will not be long until we are all accustomed to conversing with the places in which we live.

“People are so connected; to each other, to banks and shops but the one area that they have very little information and insight is in the home. We are at the beginning stages of the quantified home. I believe that in the next few years there will be an acceleration,” says Turner. “The way that people use their mobile phones is already there and the way people connect to the home is just a whisker away for convenience and where the internet of things will the next big consumer technology wave.”

If there was any question about Turner’s dedication to the internet of things, then have a think about the way her own home runs. Not only is she having it fitted out with AlertMe meters, the arrival of her son coming home from school sends her an alert at work and when he gets there, the heating is adjusted to suit his preference.

AlertMe was founded in 2006 to provide home energy management and connected services to consumers and through partners such as energy utilities, telecommunications companies and retailers. The service rests on a single cloud-based platform and an AlertMe hub in the home.

Originally the company’s pitch seemed a tough one to get these items into the homes of a wider consumer market rather than just early adopters or people who like to tinker with gadgets.

The agreement with British Gas could prove to be the tipping point that gets us more familiar with running our homes from a computer or mobile device. In which case, the delivery of hover boards is not too far away, right?