Interacting with people online has progressed over the years in many ways. Back in the day, chatting with someone over a computer who was thousands of miles away was state-of-the-art. As with most technology, the application for communicating over the Internet was solely for socializing. As the the technology became more advanced and secure, businesses jumped on board.

The thought of chatting with someone over video was something we only saw in Star Trek until webcams became popular. I remember running out to the store and buying my first with the hopes of seeing new friends “face to face”. My first video conversation was with a friend of mine who was all the way in Minnesota. I was in Philadelphia at the time. I set up my cam, made sure that I had the best lighting and away we went.

It was awesome, we waved our hands around and my buddy made obscene gestures. Joy of joy, this was the future. And then the conversation was over and the novelty wore off quickly. It took six more weeks for me to fire up my webcam again. The conversation was much the same and it was with a friend who just got their own webcam. The result was much the same, the novelty wore off quickly and we resumed chatting online in the way we had been previous to the webcam. 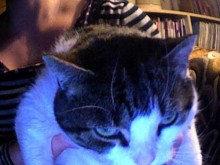 Again, mostly because of people wanting to socialize, online video meetings have gotten fancier and even more mobile. Huge companies are now embedding video services in their mobile devices, and commercials show off how great it can be for a grandfather to interact with their grandchild for the first time over the device. There’s that sense of novelty again, though.

Sure, for couples who are miles apart, face to face video meetings are a lifeblood. For my friends who are based overseas in the military, being able to see their loved ones once a week keeps them going. For that very use case, companies will continue to push the boundaries when it comes to online video conferencing.

This says one thing to me; we still haven’t adopted online video as an actual “face to face” meeting. Even though there isn’t usually a lot of touching and feeling going on during an in-person meeting, people still want to be able to know that they have your absolute undivided attention. When you’re chatting with someone online, you have no idea what’s going on in the background or on their computer screen.

I am seeing more companies adopt online video for meetings, since the number of businesses who have multiple offices scattered throughout the world are increasing. It’s still seen as second preference though, as developers are still being hired to work in an office. Sometimes, these developers throw some headphones on and never talk to another soul unless it’s time for a meeting. Why do they need to be there in person? Because that’s the “norm” and what we’re used to. People are “absent” unless they’re right there in front of you.

The difference between real-time and right-now 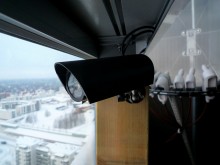 Online video meetings are seen as “right-now” or on-demand practices. You might hear someone at your company say “John isn’t here today, so we’re going to bring him up on video”. You’ll then hear some huffs and puffs or groans, because if you’re there in person, then everyone else should be, right? That’s the way some people still see these meetings, unfortunately.

For companies who are progressive in adopting online video as a means to interact with colleagues or partners, I’ve seen screens set up in offices that stay on all of the time. This is the type of real-time interaction that we’re used to in the workplace. At these companies, having a camera on in their satellite office isn’t intrusive at all, it’s quite normal. For these companies with multiple offices, an engineer can holler to a colleague about an issue they’re having in real-time without having to set up a camera or start a “call”. It’s the same as being in the same place, because in a way they are.

If you stretch your imagination to the point and tell yourself that if you’re all working at the same company on the same things, you’re all “in the same place”. It doesn’t matter where you are physically, it’s a mental thing. Some people are more effective when they work off-site, while some need to see other human beings around them. It’s a matter of choice, and as long as they’re getting their work done it shouldn’t matter.

The future of online video meetings 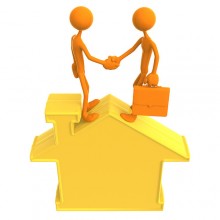 While some companies are starting to talk about robots and hologram technology, which can put you in more than one place at the same time, this isn’t the type of future I think of when it comes to online video.

Before we get too fancy, we need new tools that fit our needs personally and professionally, as well as push ourselves to adopt the notion that we all can’t be in the same room at all times. It’s not feasible, nor does it really matter at the end of the day. If the most talented person in the world wanted to work for your company and they lived thousands of miles away, forcing them to pack up and move just isn’t the way the future is going. Talent comes first, your personal comfort level as a company should come last.

Another thing that I think of when it comes to the future of online video meetings is real-time translation. Imagine being able to talk to a potential business partner in Japan from the United States and the software translating both ways in near real-time. Without the need of someone acting as a translator, these conversations could become more personal and fluid. Without a third-party human being involved, more deals could get done.

We have got used to the notion that a big business deal has to end in a physical handshake. In the future, it won’t.

I suspect that always-on video cameras will become commonplace for companies who have satellite teams and workers will become used to interacting with each other whenever they want with them. When this becomes the “norm”, there will be no such thing as working “virtually” anymore, which is always a term that tripped me up. If you’re working on the same thing, it doesn’t matter if you’re in the same room or building or city. You’re not virtual, you’re “there”. The physical aspect of it will become semantics.

Once we fully adopt the notion that the world is a smaller place thanks to technology, then we can get into cool bells and whistles with technology. Until then, adoption is the future and the future should be now.