This article was published on February 12, 2012

Did you know that you can integrate your Google Calendar when searching for flights on Hipmunk? Or that you can use it to search for hotels based on their ‘walkability’ to nearby transportation, shops and restaurants?

These are just a couple novel ways that the San Francisco based, travel search engine startup is swiftly revolutionizing trip-planning for savvy travelers with flights, trains and hotel search. To date, Hipmunk users have booked over tens of millions of dollars worth of flights and hotels. And it’s only the beginning. 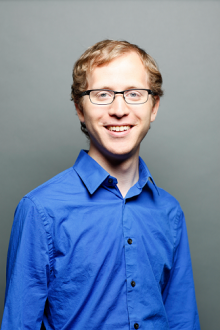 Hipmunk presents travelers with an intuitive interface to visualize flight options based on “Agony,” which factors in price, duration, number of stops, etc. Hipmunk is targeting business travelers, who Goldstein says will spend $300-$400 more for a flight if it means no stopovers and more face-to-face meetings. (Imagine how handy Google Calendar integration is for a personal assistant booking a business trip for their boss.)

That said, Hipmunk is all about providing an excellent user experience. Last June, it started showing which flights have WiFi. And if the site’s intricate interface hasn’t made the company’s attention to detail apparent, just know that Goldstein and his co-founder Steve Huffman (who also founded Reddit) have argued over how many lines should be on the WiFi logo.

In March 2011, Hipmunk launched hotel search, which pulls in its hotels from big sites like HotelsCombined, Orbitz and GetaRoom as well as hip, hotel alternative Airbnb. Similar to the clever “Agony” search filter for flights, Hipmunk’s default hotel search filter is “Ecstasy”, based on a combo of quality, price and reviews. One of the coolest features in Hipmunk’s hotel search is its Heat Maps, which show users areas of a city based on Vice, Nightlife, Shopping, Tourism and Food.

While this may be Goldstein’s first well-known company, he’s always been on the path to startup world. In high school, Goldstein ran GoldfishSoft, a shareware company that makes games and utilities for Mac OS Xe, which he describes as the first app store “back in the day”. When he was 16, he became the youngest author ever at O’Reilly, writing AppleScript: The Missing Manual.

This week, we caught up with Adam in New York City to ask him what the future holds for Hipmunk.

Hipmunk is up against some tough competition if it wants to hook a mainstream audience (which at this point, it doesn’t). First, there’s the once startup darling, now IPO bound, Kayak, whose CEO Steve Hafner was quoted as saying,”I find their bravado refreshing; their product unremarkable” about Hipmunk in early 2011.

“Kayak does a really good job at appealing to the average traveller who’s concerned with price. But we want to help travellers find the least agonizing flight. We like our subset better because they’re more loyal and travel more frequently,” says Goldstein.

Then there’s the behemoth that is Google sitting in the corner with the newly launched and fully integrated Google Flights, after its purchase of Boston-based ITA, a company that specializes in sifting through airline data. Hipmunk, and the majority of other flight search engines use ITA data.

“Google’s major asset is its search volume, which streams directly from Google to Google Flights. It doesn’t hurt us because we don’t get the majority of our traffic from Google Search but it does hurt Kayak, Expedia and Travelocity. At its worst, what it does is cut off a potential future growth opportunity,” explains Goldstein.

Additionally, as Google/ITA has focused mostly on the U.S., Hipmunk has partnered with a number of international airlines to present users with accurate fares and seat availability, and will have a slew of global partnerships to announce later this year.

Unlike Kayak’s 200 person-company, or Expedia’s 10,000, Hipmunk’s 12-person team is lightweight. “We can make decisions like partnerships more quickly. And because of our focus we can afford to do things that other companies may find to be cannibalizing,” he says.

For example, Hipmunk has partnered with Amtrack and Airbnb, which have very different revenue models than airlines and hotels. The companies are cheaper so Hipmunk earns less on average. “But that’s OK for us,” says Goldstein. “Because we’re providing a service that’s more useful to customers. Whereas, someone like Expedia might not want to incorporate train results because it would siphon off revenues from flight commissions.”

Unlike most travel sites, Hipmunk has traditionally eschewed ads — on both mobile and web. “Companies that have to rely on obnoxious pop up ads are encumbered by their motivation for profit,” says Goldstein. “Since we haven’t gotten addicted to ad revenue, we can be more deliberate.”

While it varies by partner, Hipmunk makes its money by commissions, which are comparable to those earned by Kayak. Goldstein says commissions for hotels are 5-10% higher on average than flights. 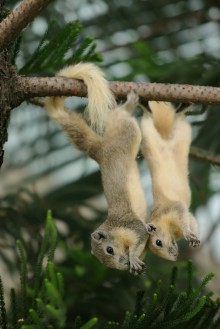 Hipmunk has over 40 partnerships right now and expects to have 60-70 by the end of the year. Inundated weekly with requests, Goldstein is constantly practicing the art of saying no. “If the company’s aesthetic or philosophy doesn’t align with ours, we don’t partner. For example, if they’re clearly in it just to make money and not create the best possible experience for the user, then it’s not a fit.”

Now that Hipmunk has secured its major partnerships in the U.S., its challenge is to acquire unique content and special inventory that no else has. How’s this for special hookups? In the near future, Hipmunk plans to give customers free Gogo Inflight wireless passes for certain flights booked through its service.

(Also, Goldstein tells me that a number of airlines are going to be introducing satellite WiFi vs. the existing cell tower based options. This means that WiFi on international flights may soon be an option…Get excited!)

Hipmunk has a slew of other partnerships coming down the pipe with air taxis and private jet companies. It will also introduce car rentals (but not just the boring, pick-up at the airport kind) as well as travel packages for extra savings.

As the company approaches 1 million flights booked on its site, it’s focus is primarily on mobile.  Last month, TNW Editor Drew Olanoff visited the Hipmunk offices in San Francisco to check out its brand new apps, which take “everything the company has learned on the Web and made it even better for its native apps”, including hotel search and heat maps.

With Hipmunk’s focus on savvy business travelers, it’s no surprise that the team is putting so much effort into mobile. Mobile traffic is increasing across all demographics, but particularly (and unsurprisingly) in the business travel community.

Hipmunk’s new app is brilliant. It allows you to effortlessly switch between hotel and flight searches. [Read our full review here.] Since the new app’s launch, it’s received hundreds of thousands of downloads and was even featured in the App Store as the #1 new and noteworthy app of the week. “It’s a gift from heaven when Apple does that,” says Goldstein smiling.

“We think mobile is a big opportunity and that’s where we’re putting a lot of effort right now and we’ll continue to do that in the next few years,” he says. “There’s a built-in advantage when competing in the App Store versus on the web. For an app, you don’t have to do as much traditional marketing to get people’s attention.”

Expect successive mobile updates from Hipmunk over the next few months. “Each one will be a bigger step ahead of every other mobile travel app,” says Goldstein. One update will likely include integration with your smartphone’s calendar. 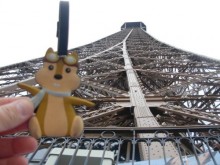 “We want to take the agony out of travel across all its different facets and all over the world. We started with flights and hotels and we started in the U.S. because that’s where we’re from. But we already see more than a quarter of our traffic from outside the U.S. and we haven’t done any sort of marketing or PR there,” says Goldstein.

“We’re not profitable but we’re not loosing our shirts,” Goldstein says. “We make tens of thousands of dollars a month in commissions and we’re nowhere near running out of money.”

Goldstein, is a self-described “full-time travel nerd” whose dream invention is “supersonic travel with no jet lag.” “I’d like Hipmunk to last for 100 years, but I also recognize our investors’ desire to see a return while they’re still alive,” says Goldstein. “Therefore, an IPO is definitely on the table. Selling, especially now, is not appealing, given how much growth and opportunity we have ahead of us. Ultimately, we think in terms of goals for our users–taking the agony out of travel on all platforms, in all verticals, and around the world–far more than we do about specific exit scenarios.”

And what of the future of travel planning?

“I think the future of travel planning will need a thoughtful infusion of user personalization,” says Goldstein. “Overly aggressive personalization can lead to less satisfied users. For Hipmunk, the ultimate personalization would be one where we could intelligently show you only the 2 or 3 best-suited options for you knowing exactly what your schedule, brand loyalties, budget, friends, and others said about all the options out there.”

Goldstein has just returned from a couple weeks in the Philippines, which ended with a night in Guam. In the next few weeks, he’ll be traveling to Indianapolis, Chicago, D.C. and Phoenix. Keep up with Goldstein and Hipmunk’s news on Twitter here.