Alan Turing was recently announced as the face of the new £50 note for his code breaking contributions in World War II and laying the foundations of computer science. However, Turing’s work still challenges and inspires many people working today, especially those in robotics and artificial intelligence.

In 1950 he asked, “Can machines think?”, and came up with a test that researchers still turn to as a way of judging whether a computer could be considered truly intelligent in the same way as humans. But, coming from an age where autonomous robots were only just in their infancy, the Turing Test was only designed to assess artificial brains, not a complete artificial person.

Now that we have increasingly realistic looking androids, we need a 21st-century version of the test. My colleagues and I have designed a “Multimodal Turing Test” to judge a machine’s appearance, movement, voice and what we call embodied artificial intelligence (EAI). This is a measure of how well artificial intelligence is integrated with a robotic body in order to expresses a personality.

This means we can systematically compare a humanoid robot to a living counterpart. In this way, we can ask the question: “Can we build robots that are perceptually indistinguishable from humans?”

Turing argued that if a computer program could deceive more than 30% of humans into believing it was sentient in real-world conditions, then it is effectively indistinguishable from the human mind – it can think. A computer was able to pass this test in 2014. That doesn’t mean there’s no work to do to create true artificial intelligence. Far from it. But the Turing Test gives us a benchmark to judge our progress.

Many scholars think creating a humanoid robot that is indistinguishable from a real human is the ultimate goal of robotics. Yet there’s currently no standard way of evaluating how lifelike androids are, so it’s impossible to benchmark this development.

Like Turing, we’re not arguing that a robot transforms into an organic being when it can replicate the conditions of a human. But if a robot appears, behaves and functions in a way that is indistinguishable from a human being in real-world conditions, then it can effectively be thought of as the same as a human.

One of the biggest challenges for lifelike robot builders is overcoming what’s known as the “uncanny valley”. This refers to a stage of development when robots become closer in appearance to humans but are actually more offputting to people because they are not quite right. The issue is that conventional methods of assessing the problem aren’t nuanced enough to determine exactly why a robot makes people uncomfortable.

These approaches tend to compare the robot as a whole with a human, rather than breaking it down into its component features. For example, a slight miscalculation in the movement of the eye of an otherwise realistic looking robot can give the whole game away. High quality features of other facial areas then become part of that failure.

Our idea is to evaluate each area step by step. As long as each feature is designed to look like it is part of the same body (same gender, age and so on), then if an eye and mouth can individually pass the test then they should also pass it together. This would allow a robot builder to assess progress as they go to ensure each body part is indistinguishable from a that of human and to prevent ending up with something that falls into the uncanny valley.

Our test is also organized into four stages, each more difficult than the last, representing what we call the “hierarchy of human emulation”. First, the robot has to simply look real when still. Second, it has to move in a naturally looking way. Third, it has to produce a realistic simulation of physical speech in both appearance and the way it moves.

Finally comes the test of embodied artificial intelligence, assessing whether the robot can respond to the world by realistically expressing emotions so it can interact naturally with humans. If a humanoid robot can simultaneously pass all four levels of the test, then it is perceptually indistinguishable from humans.

“We can only see a short distance ahead, but we can see plenty there that needs to be done”. This statement is as accurate today as the day Turing said it in 1950. However, robotic engineers are closer than ever before to achieving their goal of a realistic humanlike machine, and 2017 witnessed the inauguration of the world’s first robotic citizen.

Today, we have the tools to develop humanoid robots with increasingly lifelike appearance, movement, speech and EAI. But our Multimodal Turing Test gives engineers an accessible way to evaluate and so improve their work.

As with Turing’s original test, our approach raises questions about what it will mean to be a person when we can no longer tell the difference between a real human and an artificial one. Trying to answer these questions too soon because we want to advance quicker than we actually are can lead to mistakes such as giving legal rights to a machine that is nowhere near lifelike. But the more we develop humanoid robots, the more we learn about our values and even our emotions.

This article is republished from The Conversation by Carl Strathearn, PhD Candidate, Staffordshire University under a Creative Commons license. Read the original article. 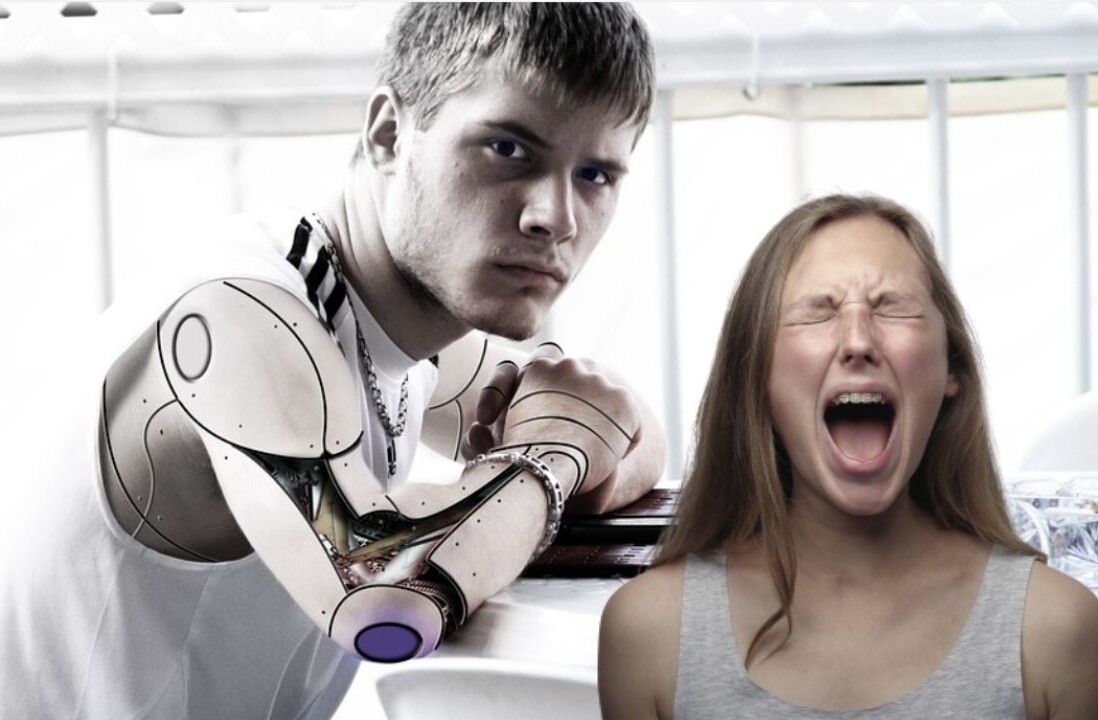