This article was published on December 23, 2013

Though it boasts a population of over 600 million people, e-commerce in Southeast Asia is fundamentally broken. Amazon, eBay and other global retailers have not put resources or focus into the region, and it is bereft of any dominant e-commerce players. Most importantly, it has no cohesive network or infrastructure for retailers to tap into the region through a single point.

Each individual market requires separate contracts, deals and localizations — which creates a barrier of cost and frustration, which is often deemed too excessive given that consumer spending in most markets, while growing, is behind Western averages.

So, how do you solve Southeast Asia’s e-commerce gap? That’s a problem that a team of seasoned entrepreneurs in Thailand is aiming to solve.

“It started within the [Ardent Capital’s] labs team,” Paul Srivorakul, Regional CEO of aCommerce, tells TNW, “We looked at our investments, and e-commerce was the biggest bottleneck, so the entire team moved over to aCommerce because the project got so big.” 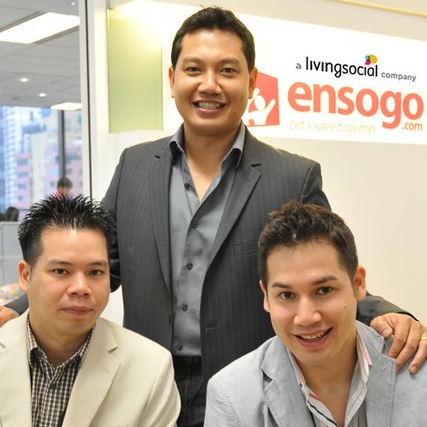 Srivorakul, who founded and sold regional group buying site Ensogo to LivingSocial and ad tech business AdMax to Komli, founded investment firm Ardent Capital as his next project — but these days he is devoting his time to building aCommerce, an ambitious project to develop an end-to-end platform — including analytics and marketing services — for retailers looking to tap into the potential of Southeast Asia.

Alongside his two brothers and a strong management team, Srivorakul was ahead of the curve when he began developing regional businesses rather than companies focused on a single market. The result was that they scaled quicker than the competition and became attractive to outside businesses that wanted in on the growth of affluence and Internet access in Southeast Asia.

Retaining much of the same team, with some new additions, the objective with aCommerce is somewhat different. This is not a business primed for acquisition, Srivorakul envisages an IPO in time, but the ethos is the same: a single point of contact for a region that is muddled with differences of culture, language, legal systems and more.

aCommerce, which has just over 100 staff across the region, stands alone as the only company aiming to build such a broad platform of services across Southeast Asia. Some individual retailers are developing their own networks, but cost and inconvenience are two huge factors to them — they are also two reasons why the aCommece team is so bullish about its prospects.

“Big companies from Japan, Korea and elsewhere don’t want to deal with six different partners for Southeast Asia, or multiple infrastructure deals per market,” Srivorakul says, “they want one — which is where we come in.”

This past week, aCommerce got a huge validation as NTT Docomo, Japan’s largest telecom operator, led a $3.1 million investment round in the company.

That takes its total investment to $4.5 million, which includes contributions from employees. (Indeed, the latest round was expanded by $100,000 to allow aCommerce staff themselves to contribute.)

That’s impressive financial muscle for a business of any size in Southeast Asia, let alone one that is less than six months old. Yet there is more to come.

Srivorakul describes the Docomo-led deal as a bridge to an even larger round that he estimates will close around April 2014.

“There are hardcore costs involved here,” he explains, “warehouses, infrastructure and other resources are not startup budget friendly. We need to raise significantly more capital.”

Given that, over the past 18 months, Rocket Internet has pumped more than $1 billion into building the infrastructure behind its two flagship e-commerce brands in Southeast Asia — Lazada and Zalora — it’s no surprise that aCommerce, a platform that aims to serve the retail industry, requires significant amounts of capital to get going.

The basic idea behind aCommerce is that the platform hooks into retailer’s existing systems to help manage and coordinate online sales and all aspects of the customer delivery process.

For example, chat app Line teamed up with the company and L’Oreal to run a flash sales campaign in Thailand — a first step to opening similar initiatives elsewhere.

In this instance, aCommerce manages the customer experience, call centers, product inventory, warehouses and delivering the goods to the customer.

Srivorakul is bringing a ‘Western standard’ approach to e-commerce. Rather than needing to use multiple partners for warehousing, delivery, and other processes, they can be united under one. Touting the benefits, he explains how, for example, using aCommerce can help drastically lower return rates.

Cash on delivery is a popular payment method in much of Southeast Asia due to low credit card ownership rates. The rate of return can often top 10 percent as people change their mind on orders or miss the delivery man, but Srivorakul says the aCommerce approach — “the delivery man is the final part of our customer sales team” — has lowered that to below one percent.

Once a customer has ordered their goods, a member of the aCommerce team will call to fix a convenient time to deliver the product and receive payment. The delivery person will put in a call before they leave, and their journey is trackable using Google Maps for “ultimate transparency,” according to Srivorakul.

These steps may sound obvious, but a great many courier firms simply turn up and call when they arrive. Throwing that situation on a customer suddenly may mean they aren’t around, while keeping them constantly in the loop — as aCommerce aims to do — helps keep them valued as a customer, and makes them less likely to reject the goods when they arrive.

“We’re reinventing how logistics is done out here, using a multi-market focus,” Srivorakul says, admitting that, right now he spends upwards of two weeks per month on the road visiting sites, partners, recruiting and more.

It isn’t just the nuts and bolts of delivery. aCommerce aims to help brands get ‘street smart’ with the Web. It is helping partners run content-based sales campaigns, and build relationships with customers for future opportunities. 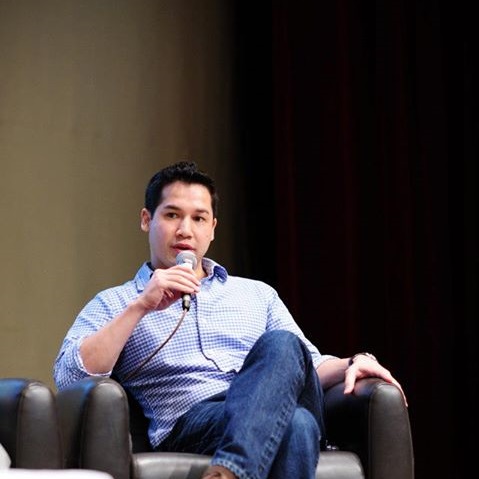 “Many big brands already own the consumer, but lack a relationship to upsell, or promote future products,” Srivorakul explains, pointing out that a reliance on in-store advertising is the norm, but is an expensive and often far from effective way to communicate.

Using a mixture of analytics dashboards, marketing metrics and a company’s online and offline sales data, aCommerce aims to help tap into local demand and forge relationships between brands and their customers across contact points on the Web: such as Facebook, other social networks, blogs, messaging apps and more.

aCommerce is preparing to introduce PopShop, a product that will enable retails to literally raise pop-up shops on these Internet mediums, through which they can sell to existing customers and reach new consumers.

The ultimate aim is to provide a system that startups and big business alike can leverage to gain scale and distribution across multiple markets in Southeast Asia. That’s certainly a vast project, but it’s one that could help fill the gaping e-commerce void in the region.

For now, Srivorakul and his team are concerned with raising further capital to finance new logistics and add new markets — but there is already plenty of demand. Linking up with Line, the messaging app with 300 million registered users, has put aCommerce firmly in the spotlight and prompted many retailers to evaluate their e-commerce options now.

Related: Ardent Capital raises new funding, explains why it picked Thailand as a base for its startups