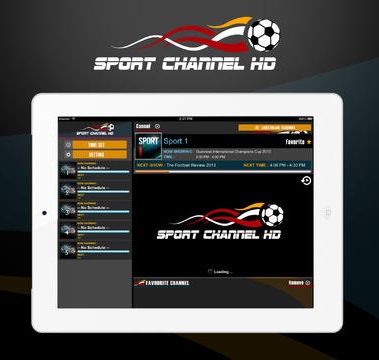 Thai broadcaster CTH says it has filed charges against Apple in relation to an app that it claims allows users to illegally watch sports programs that it has the exclusive rights for.

CTH, which has just taken over the rights to broadcast English Premiership matches in Thailand, is reportedly seeking 100 million Thai baht (approximately $3 million) in damages from Apple, which it maintains is ultimately responsible for the app — according to Thai news site MCOT.

The app in question — which is available in Thailand only — is called Sport Channel HD. Its regular price is $39.99, but it’s been discounted to $29.99, which might explain how it has caught the spotlight and CTH’s attention.

Bangkok-based blogger Richard Barrow says CTH has been unsuccessful with two attempts to reach the developer, and it thus filed criminal and civil lawsuits. The first hearing is set for November 18, but it seems likely that the app will be removed from App Store long before then, presumably ending the issue.