While the world stares intently at their respective smart devices, ever on the lookout for that elusive Pikachu, Syrian artist Khaled Akil has a different set of problems.

Akil has taken the iconic Nintendo creatures and augmented them onto a backdrop of the grim realities of life in war-torn Syria.

“The news of Syria in everywhere, and now the Pokemon Go game is trending,” Akil said. “The mix between these two made me wonder what it would be like to hunt for a Pokemon character among the rubble in Syria, and how a virtual game attracts more attention than the atrocities committed daily in real-life Syria.”

In one image a boy pushes a bike through the rubble that was once his neighborhood while accompanied by a Vaporeon. In another, a boy escapes the remnants of a burning car while a sad Pikachu looks on. A third details children bathing in dirty water while a Clauncher emerges from a sewer pipe.

“Epic. Tragic. Brilliant.,” writes one Instagram user on one of Akil’s latest submissions.

This is the reality in war-torn Syria, a place where 4.7 million citizens have fled to other countries while more than 6 million are displaced within its borders. Another 13 million are still awaiting assistance from the Syrian government.

While we’re trying to catch ’em all, Syrians are fighting for survival on the front lines of one of the bloodiest wars in history, still, Akil wants to make it clear that he places no blame with those enjoying Pokémon and that his intention is purely to draw attention to the grim reality that is life in his home country.

“This project is not to blame people for not paying attention to Syria. It is just a spotlight on what is happening there.”

Curiously enough, Akil has never played the game himself. “I see people playing this game all over the world, but I never played it,” he said. He does, however, plan to expand the series as the war continues.

If you’d like to help, there are a number of fine organizations doing great work in Syria. 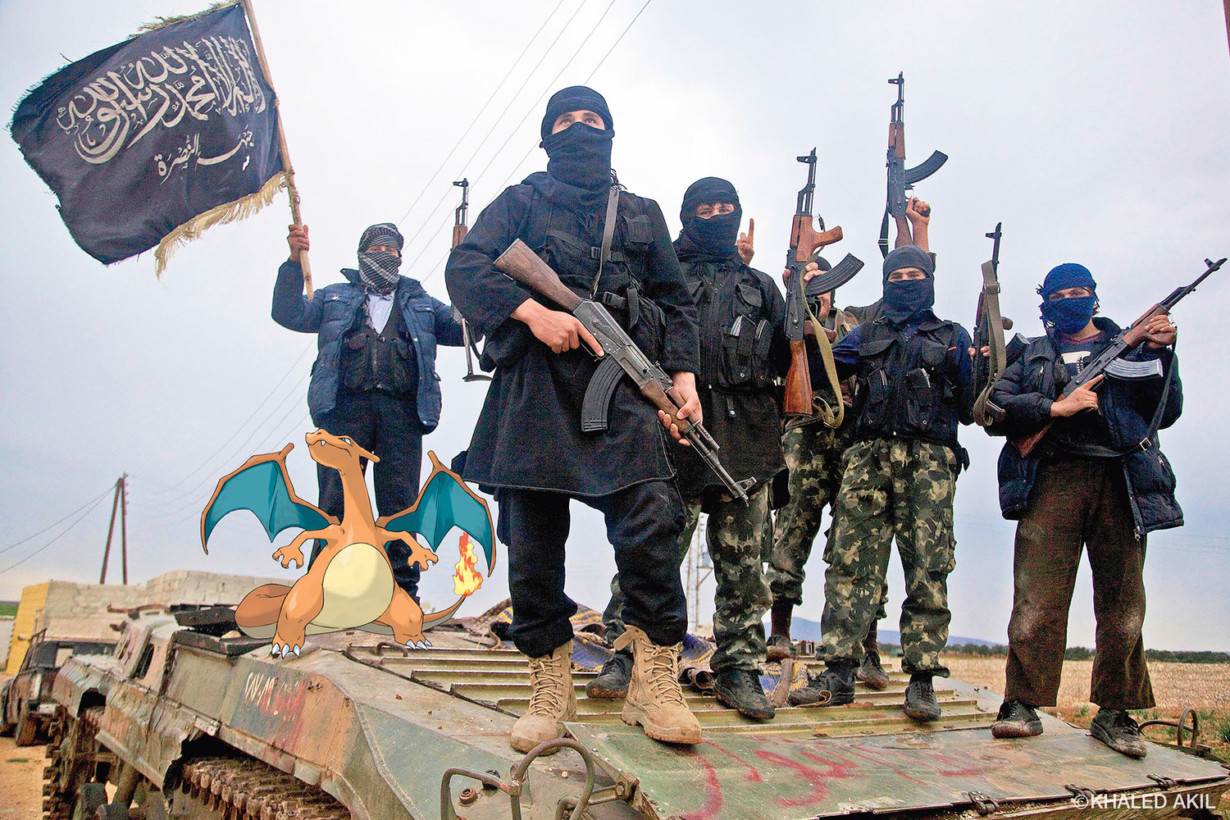 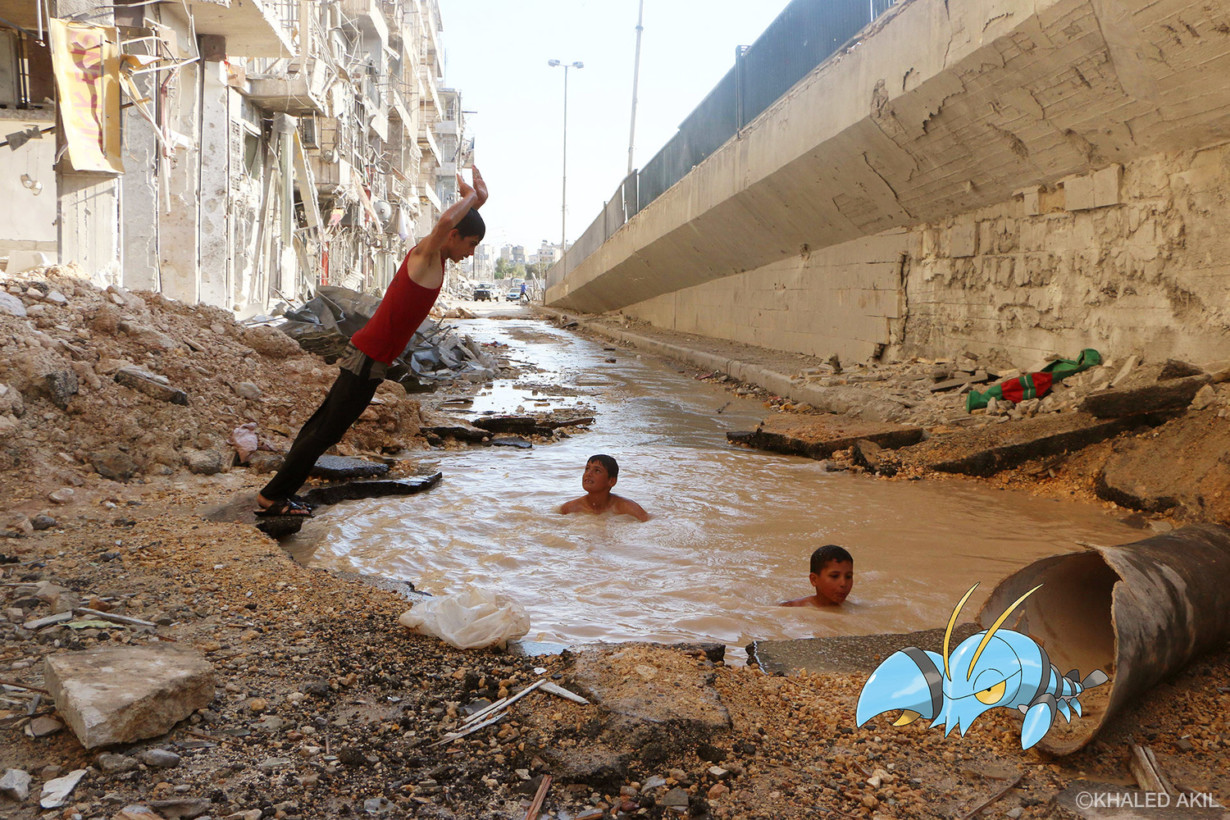 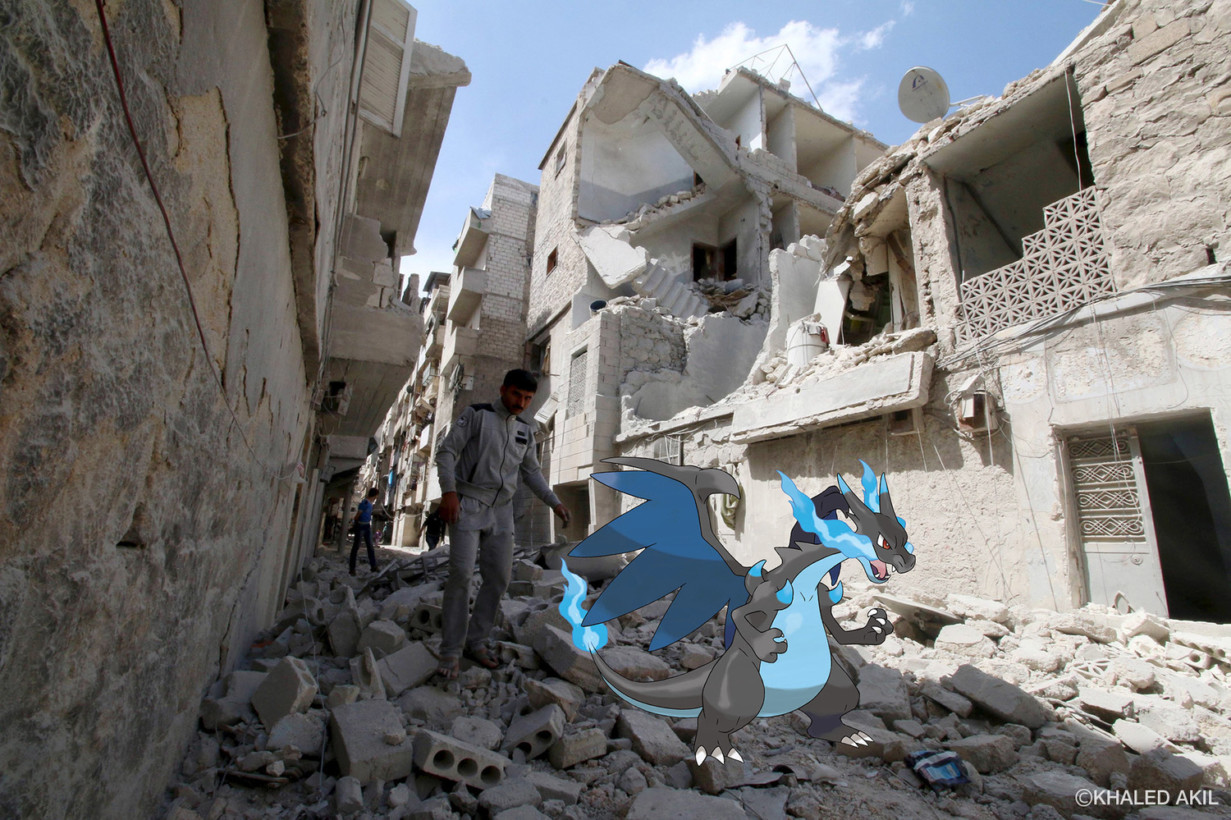 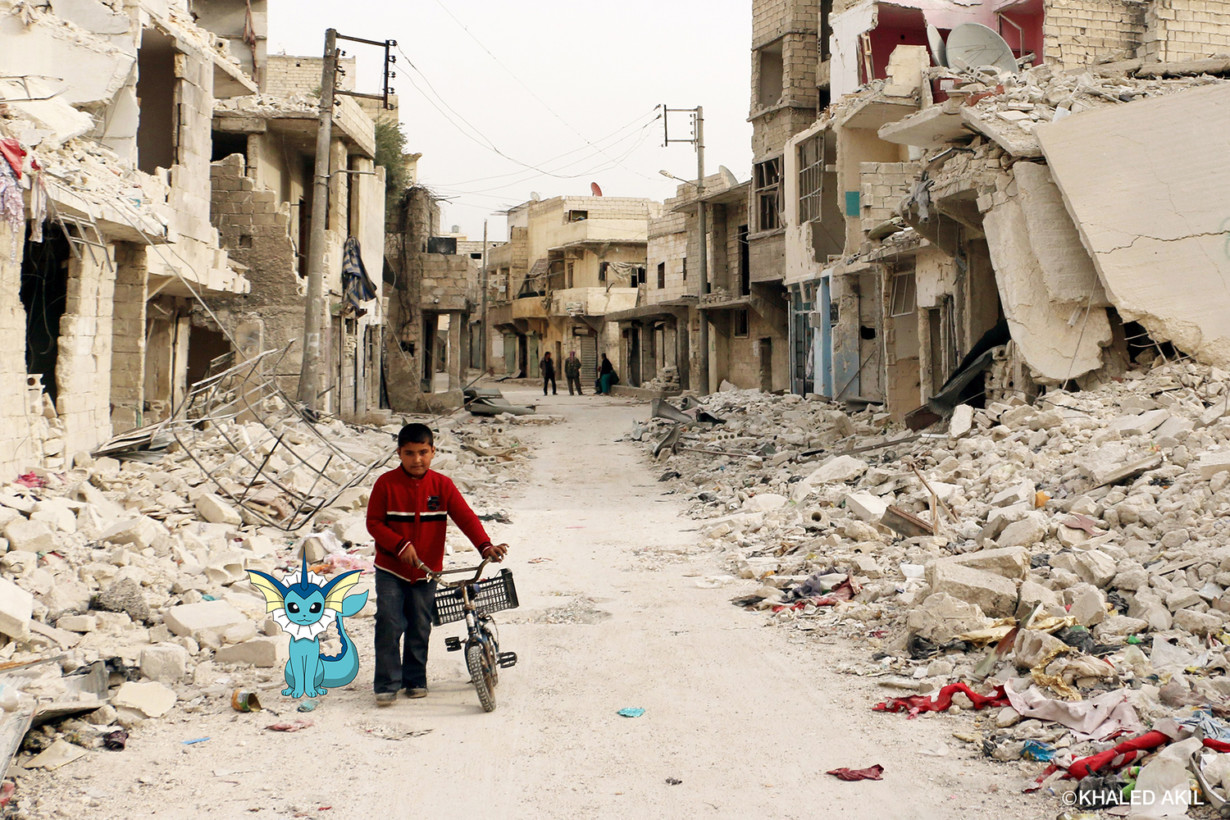 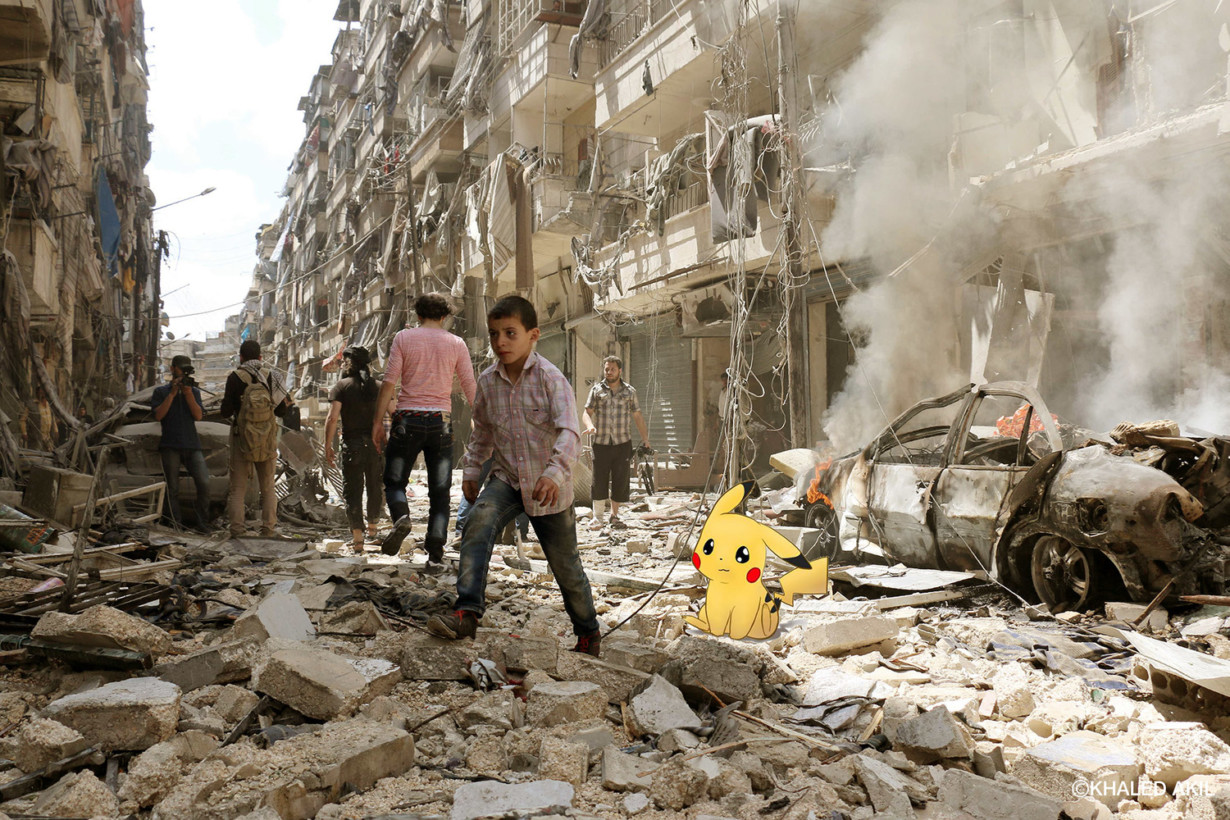