We’ve previously looked at what it’s like to work at Facebook, whilst the benefits of being a Google employee are well understood. But what about Evernote?

You may never have stopped to consider what life at a note-taking app startup is like, but Evernote CEO Phil Libin let the cat out of the bag in an interview with The New York Times yesterday, and there’s at least some evidence that it could be a pretty sweet place to work.

First up, if you hate cleaning your house, Evernote has your back covered. “Probably the thing that we do that people love the most, though, is housekeeping,” says Libin. “If you work at Evernote, you get professional housecleaning twice a month.”

If you’re thinking this is a ploy to get employees spending more time in the office and less time at home, it seems this isn’t quite the motive behind this perk. “We thought that we needed to get spouses and significant others on our side,” continued Libin. “I want the pressure from them to be, ‘You better not be thinking about leaving Evernote.’ I don’t want the pressure to be, ‘Maybe you should think about going somewhere else?’

In terms of holidays, however, Evernote goes that extra mile. Consider this – if you work at Google, you get 15 days in your first year of employment, rising to 20 days by year four and 25 days by your sixth year. Nothing particularly generous about that, and this could easily be bettered by any other tech firm. However, rather than giving a twenty-something holiday-days entitlement from the start, Libin revealed that employees technically have no limits to the amount of holidays they can take…so long as they get their work done.

“We recently changed our vacation policy to give people unlimited vacation, so they can take as much time as they want, as long as they get their job done,” he says. “If you want to take time off, talk to your team, but we’re still measuring you on the same thing, which is, did you accomplish something great? Frankly, we want to treat employees like adults, and we don’t want being in the office to seem like a punishment. We always try to ask whether a particular policy exists because it’s a default piece of corporate stupidity that everyone expects you to have, or does it actually help you accomplish something? And very often you realize that you don’t really know why you’re doing it this way, so we just stop doing it.”

Now, this is really just the beginning. Remember, we’re talking about a tech firm here with a lot of clever, committed people – people that don’t typically look to get away with doing as little as possible to pick up their pay check. So Libin says they had to modify the policy a little to encourage people to actually take time off work – and he has a point. By offering an unspecified number of holidays (i.e. ‘unlimited’) it could actually have the reverse affect, with employees keen not to abuse the system thereby taking fewer days off. So what would you do in Libin’s position to stave off this possibility? Why, give them a cash incentive for taking a prolonged vacation, of course.

“We had to modify it slightly because one of the first things I started worrying about is whether people would actually take less vacation,” says Libin. “I don’t want people not to take any vacation because that’s just bad for them, and it’s bad for me. You’re not going to get a lot of work out of someone if they haven’t taken a vacation in a while. So we started rewarding people for taking at least a week at a time on a real trip by giving them $1,000 spending money. That seems to be going well.”

Damn straight it’s going well Phil. Now that the word is out, I think Libin might see a slight spike in applications for all Evernote positions around the world.

You can read the full interview with The New York Times here. 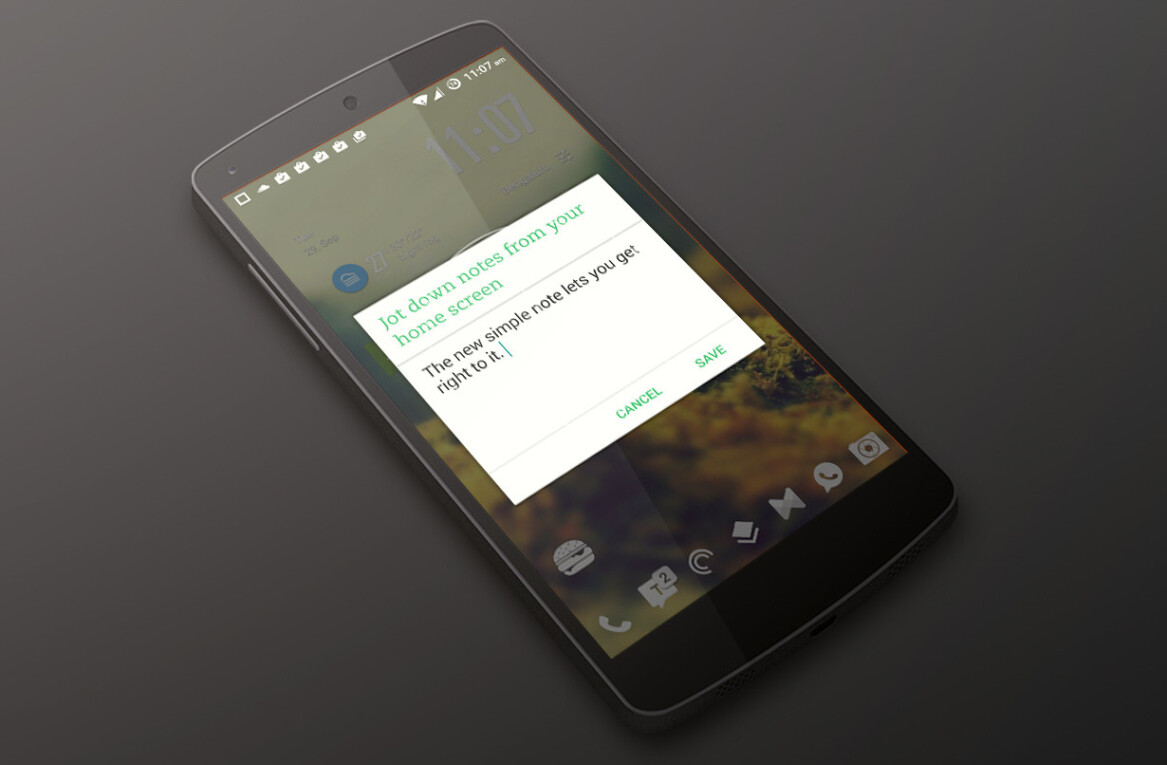